Aussie trends: 2017 according to Uber and Uber Eats

Here are the Australian stats for 2017:

To celebrate 2017 drawing to a close, we’re sharing the trends that have made the year distinctly Uber, and distinctly Aussie. Maybe they can also help you answer two big questions: ‘Where to?’ and ‘What’s for dinner?’ Plus, you’ll get bonus inspo for your next trip. 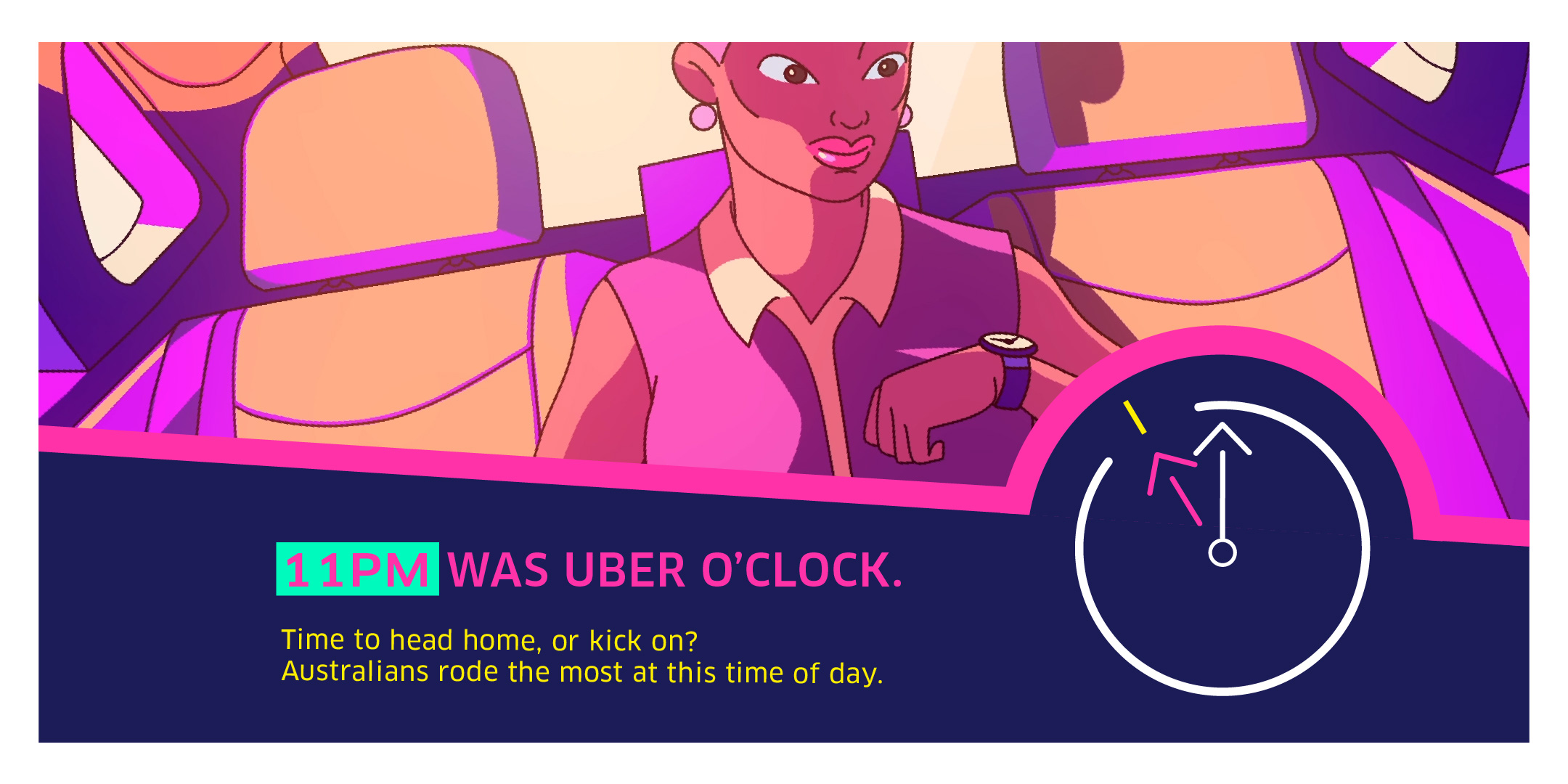 You might expect peak hour to be the most popular time to request a ride, but as it turns out, riders in Australia take the most trips at 11:00pm. On most nights, we reckon they’re on their way home from dinner or drinks, while on Fridays and Saturdays, many Aussies request a ride on their way to a night out.

Aussie riders really know how to kick off their weekends. This year, the most trips we taken on Saturday, 30th September, which also happened to be the AFL Grand Final between the Adelaide Crows and the Richmond Tigers. 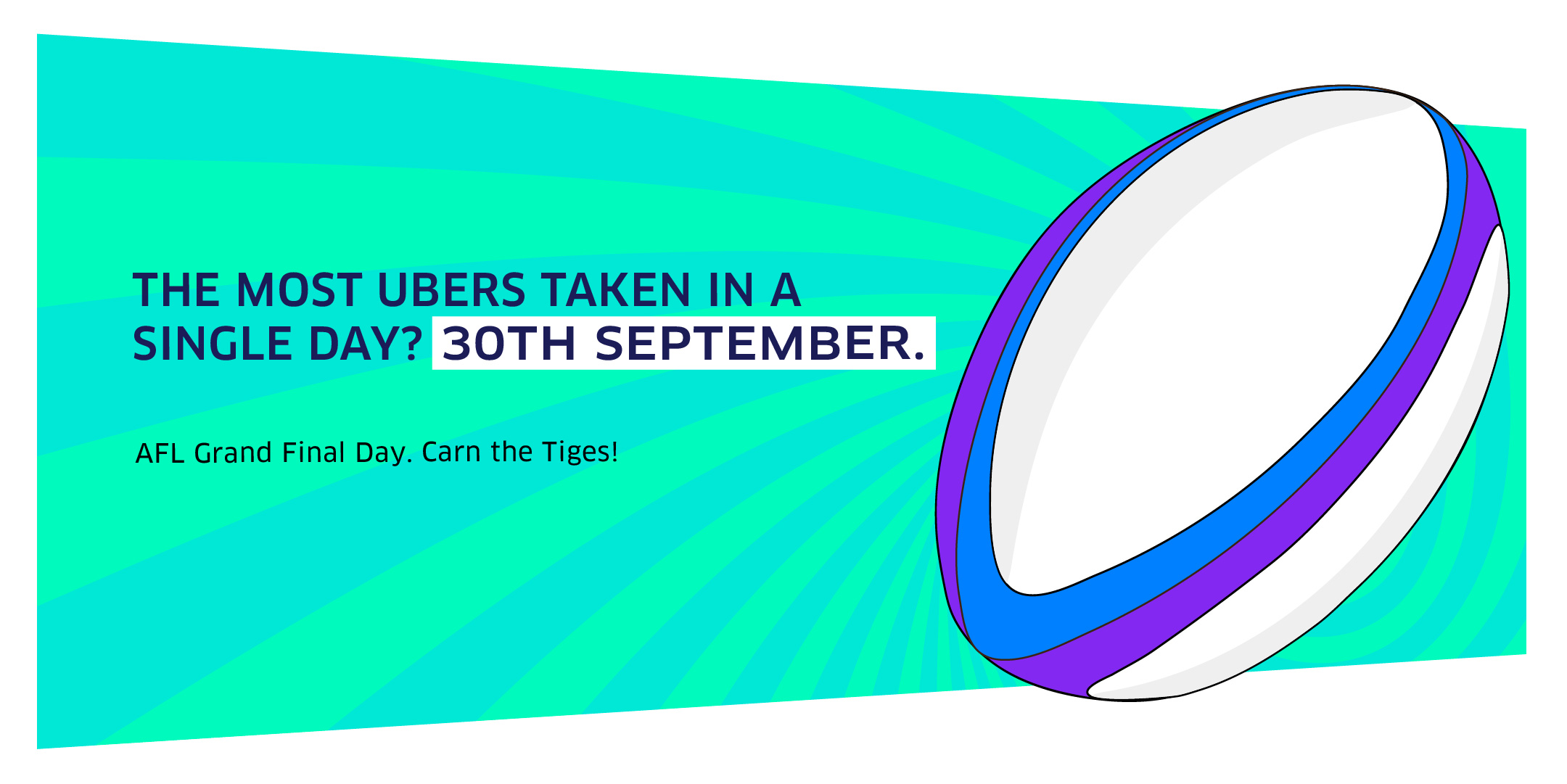 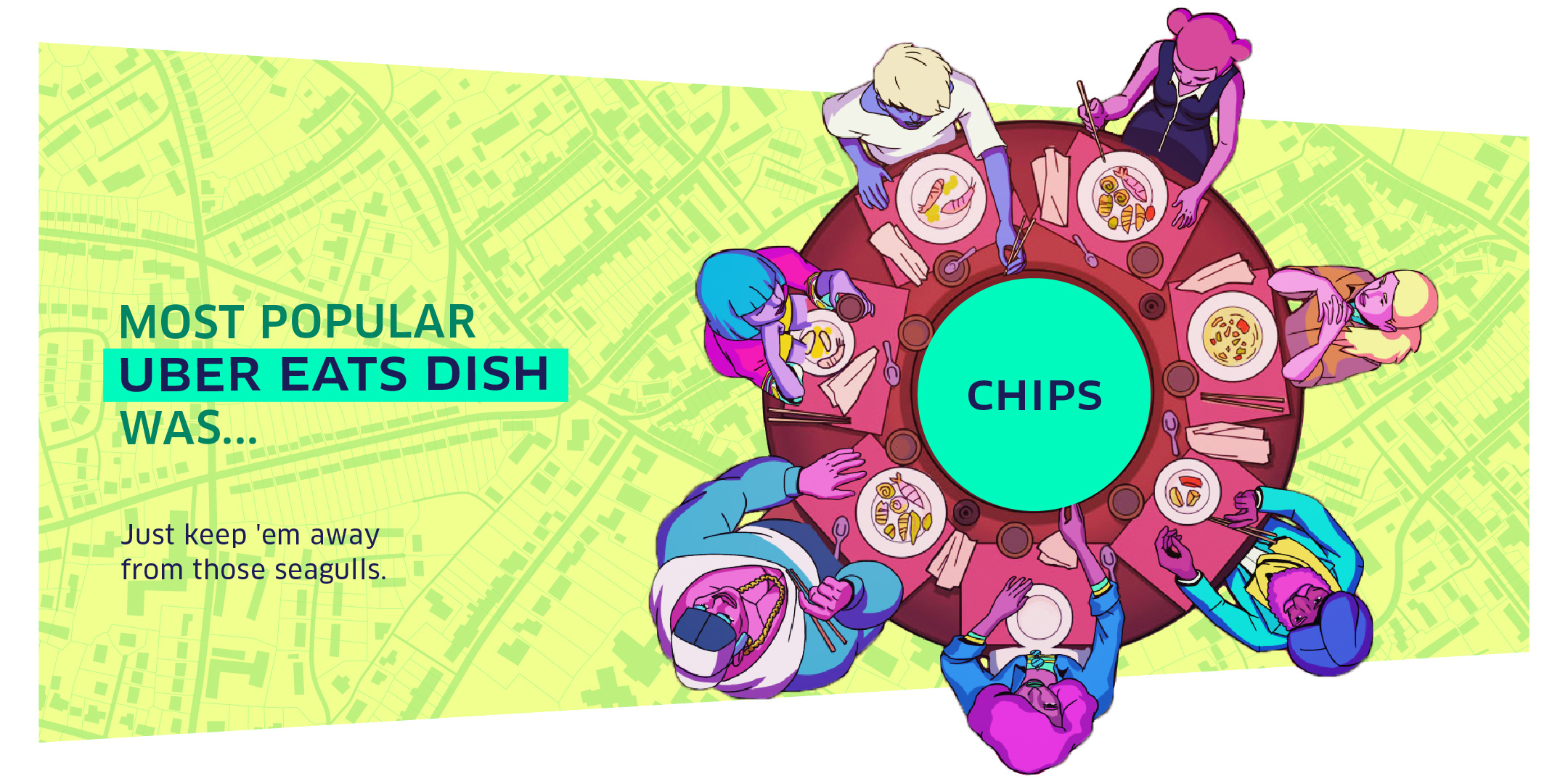 Meanwhile, Uber Eats data shows that Aussies don’t take their food quite as seriously as you might think. The most ordered dish on Uber Eats was…chips, while the most popular day with the most orders was 22nd October, the day after Australia played New Zealand in the 2017 Bledisloe cup. Although the Kiwis won the cup, the Aussies won that match, so there was plenty to celebrate. 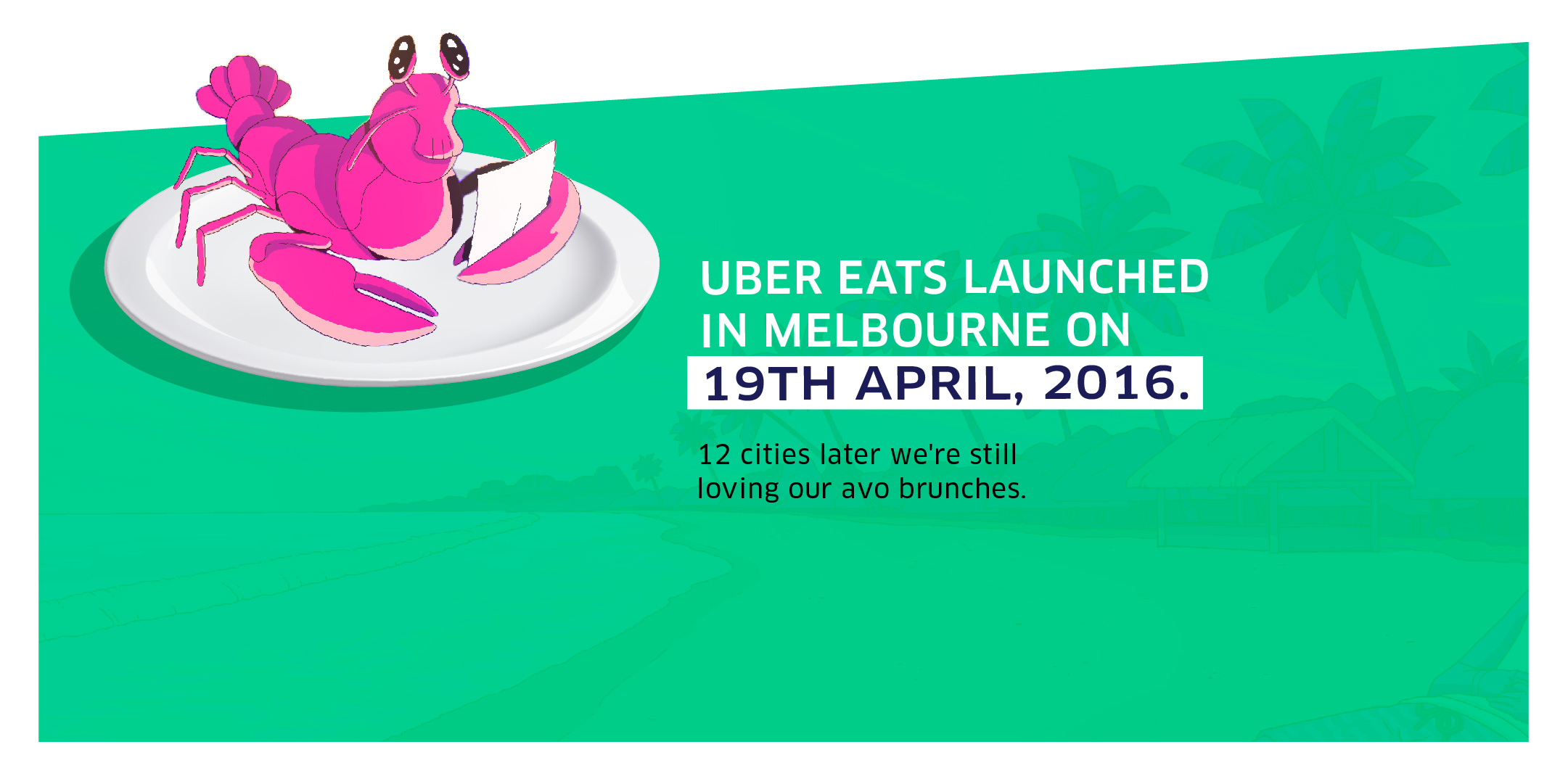 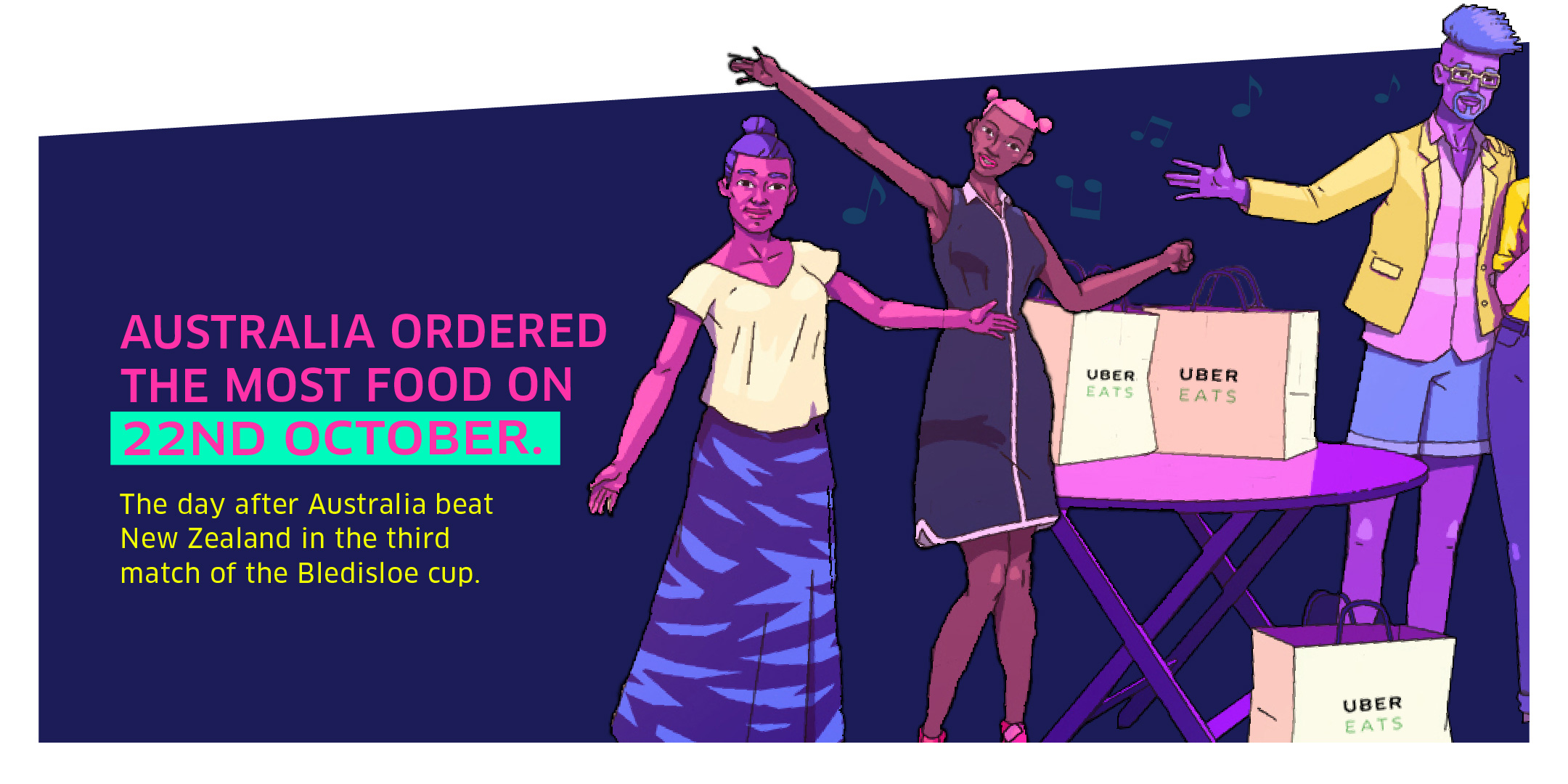 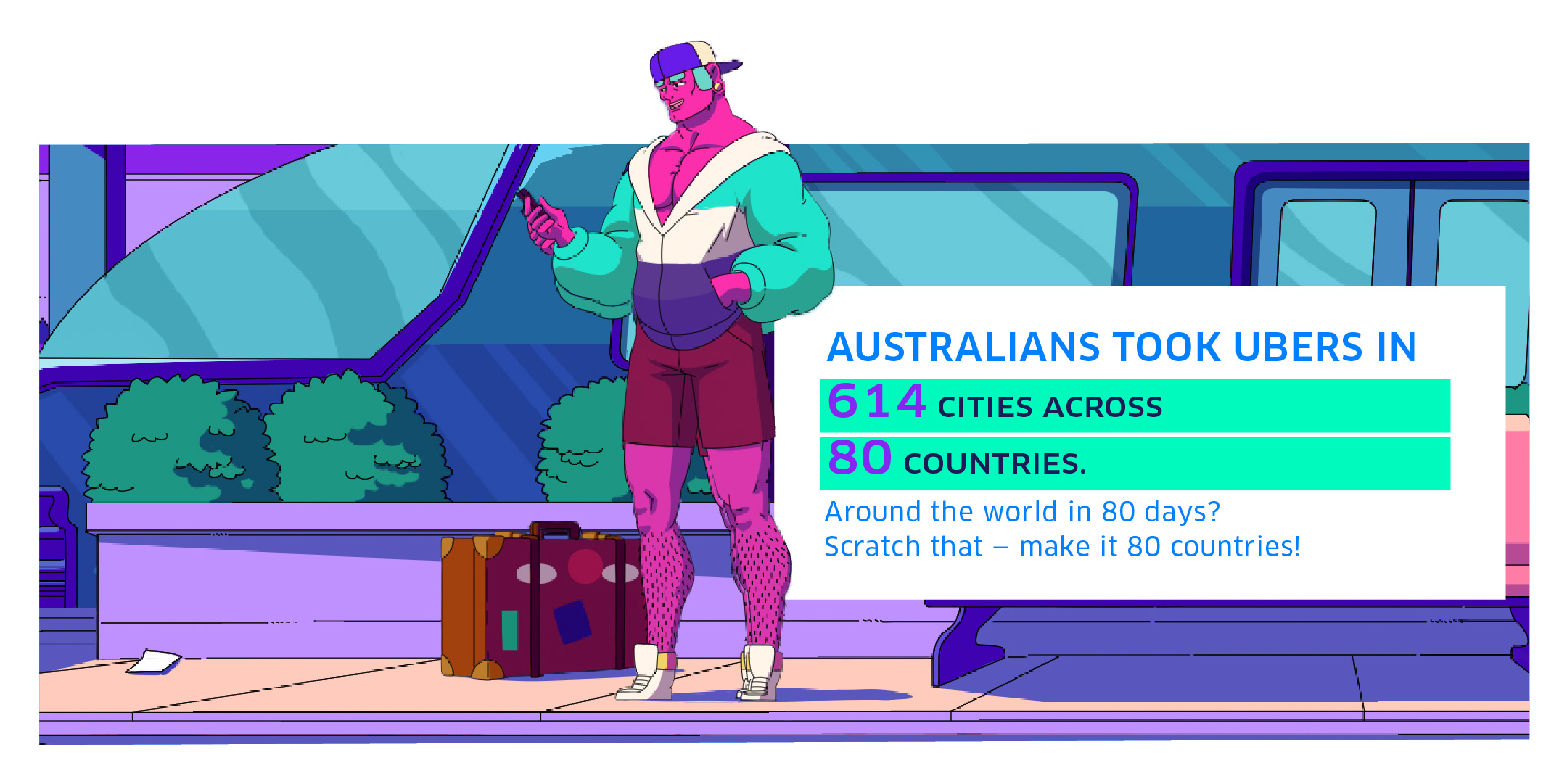 In 2017, Australians requested moved between 614 cities across 80 countries. Popular countries to visit among Aussie riders include USA, UK, New Zealand, Singapore and France. 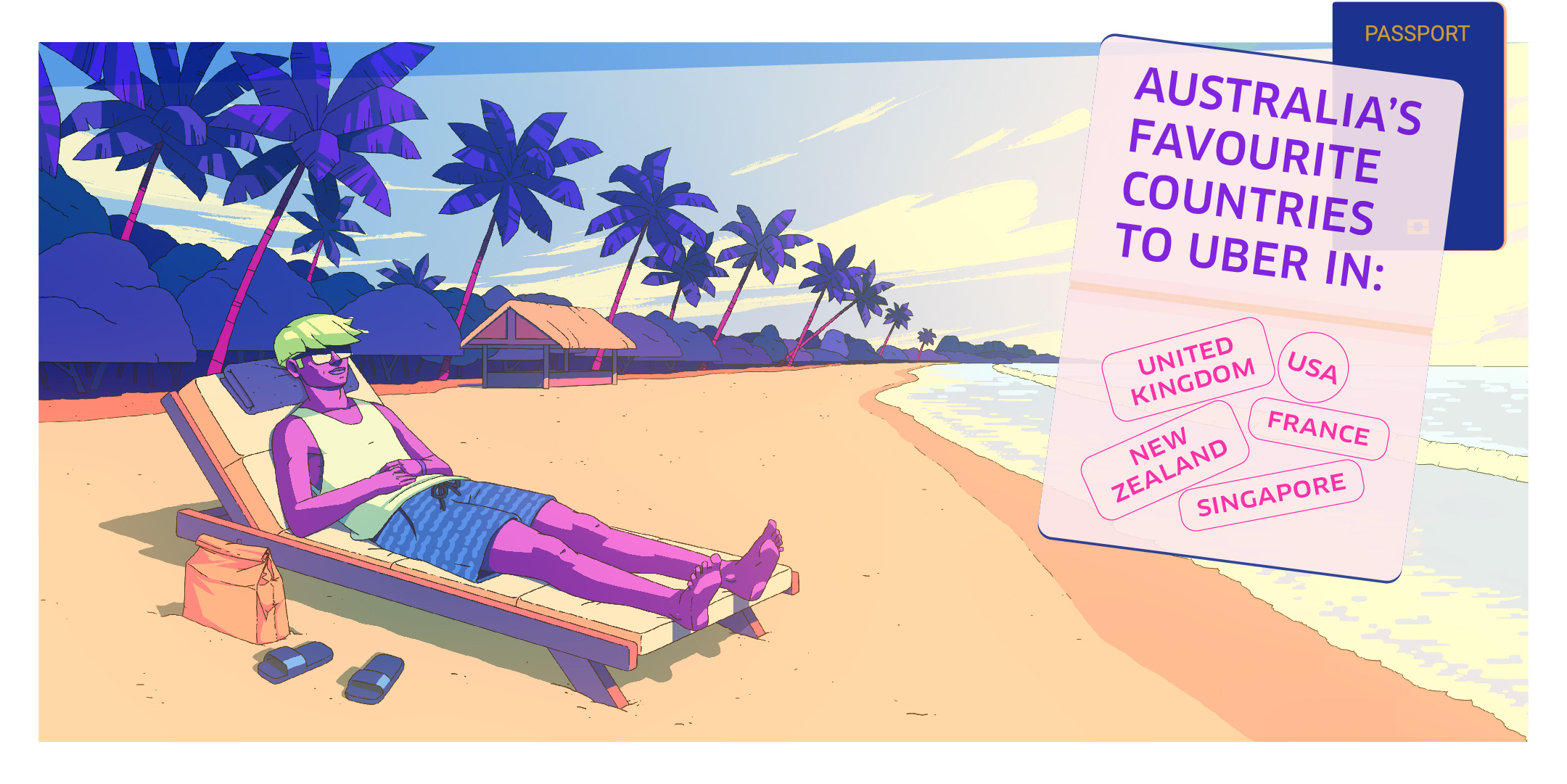 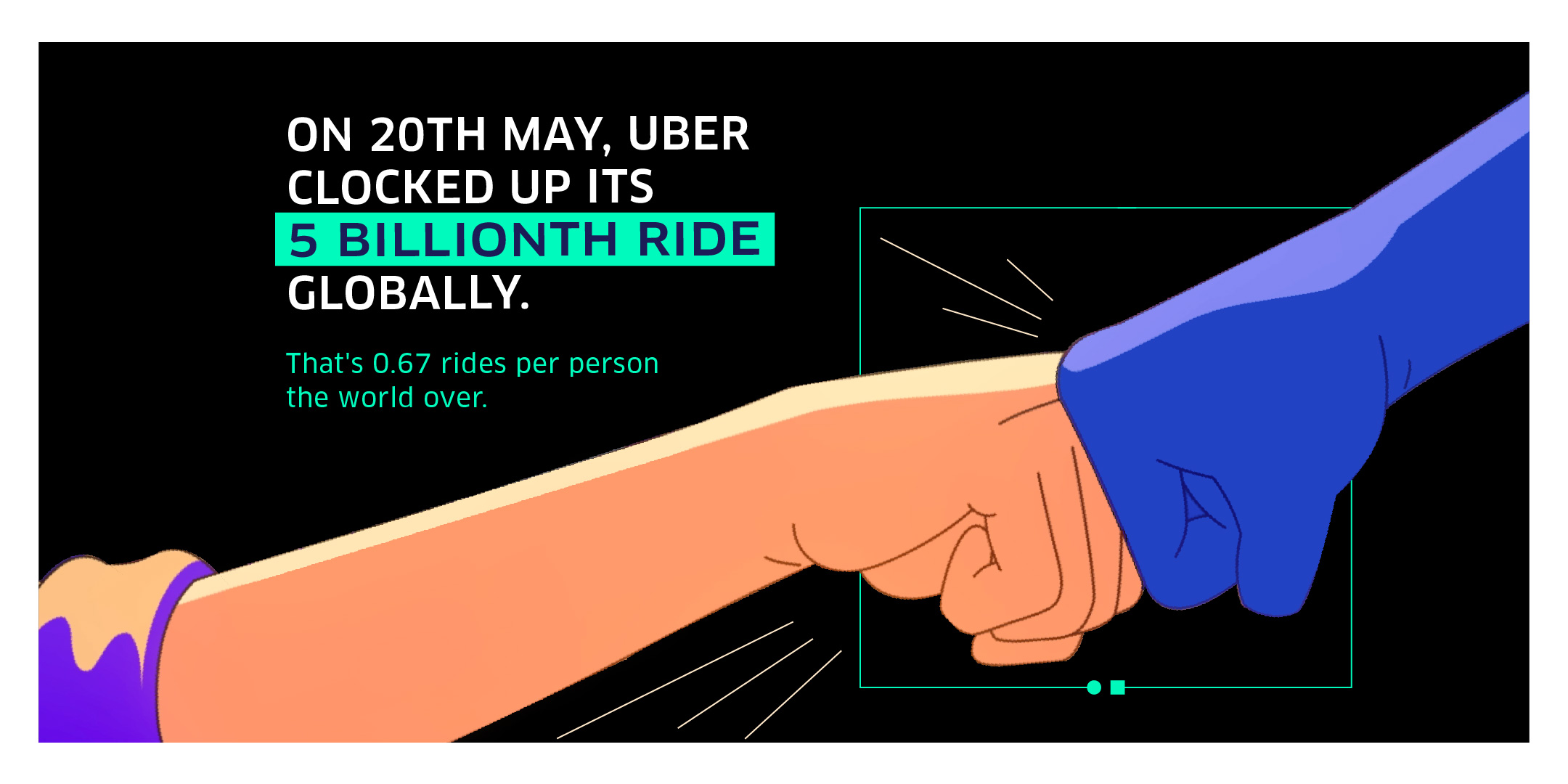 Want to know more about how you moved in 2017? Take a look back at your #YearWithUber here.