Top Melbourne rooftops to check out this summer

Summer is the perfect time to get out and enjoy the city. But why not look beyond the laneways, cafes and underground bars, and look up? Climb the stairs or jump in a lift (if there is one) and pay a visit to one of Melbourne’s many rooftops for a blissful summer afternoon above the city.

Here are 10 of the coolest rooftops to check out in Melbourne this summer.

A night at Rooftop Cinema is an essential part of any Melbourne summer. Setting up shop more than a decade ago, it was the first of its kind in Melbourne. Topping the iconic Curtin House, it’s also home to the famous Rooftop Bar and the newer Rooftop Burger Shack. It’s a popular spot for an afternoon bevvy, and as day fades to night, take your seat and settle in for a night at the flicks–their 2018 season has already kicked off.

Welcome to the Northside’s newest rooftop: the Provincial Hotel. Overlooking Brunswick Street, it opened in September 2017 and has been a welcome addition to the iconic Fitzroy pub. There’s been a recent a spike in trips to The Provincial, with punters flocking here for a quiet drink, not to mention the unmissable view. Staying open until 1:00am, the Provincial offers classic pub fare and 10 beers on tap. Could this be your new favourite Melbourne sunset vantage point? 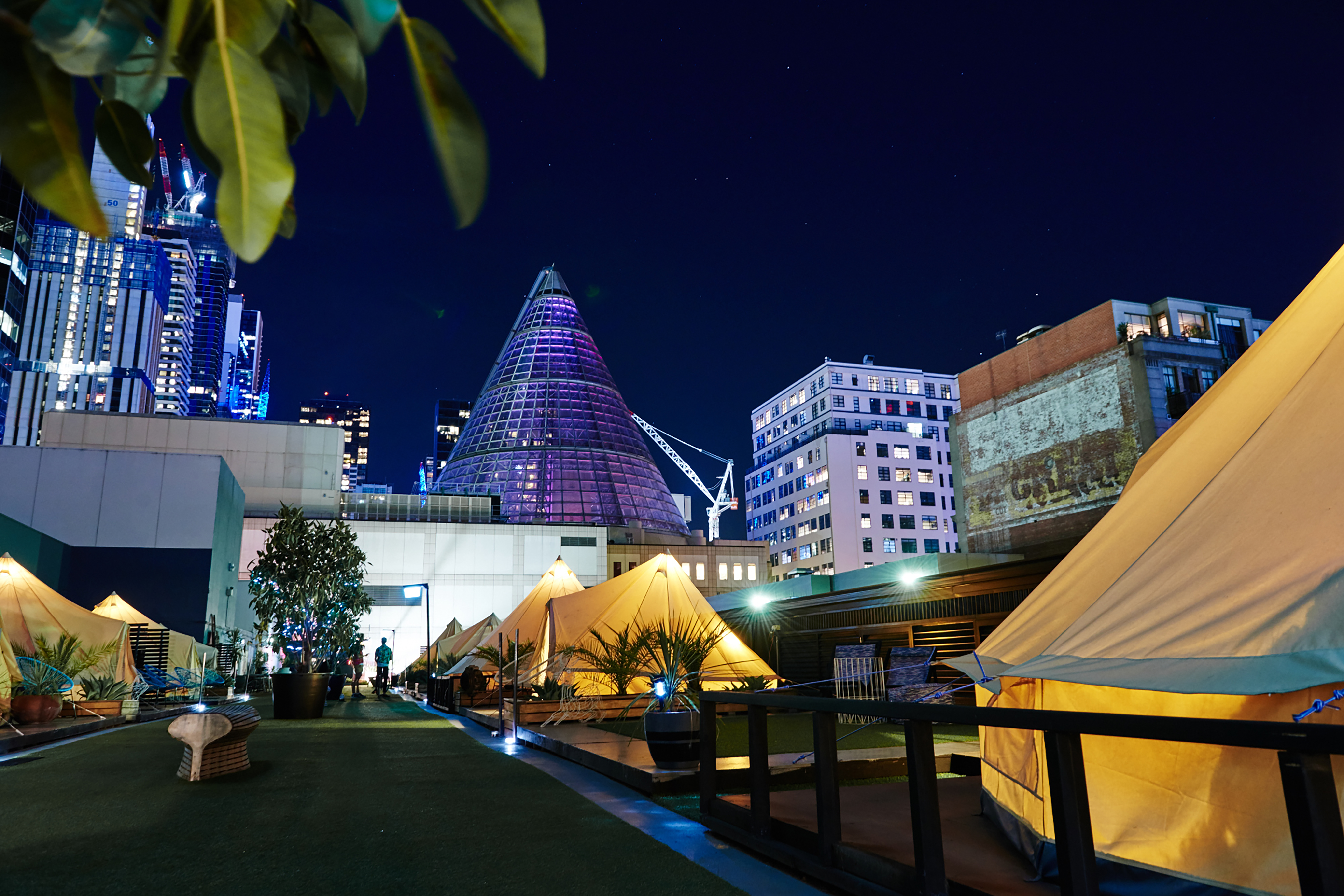 The first of its kind, St. Jerome’s offers boutique luxury camping accommodation, otherwise known as fancy tents on the roof, on the rooftop of Melbourne Central. The hotel is home to 21 tents, each with a queen bed, air con, and an esky stocked with beer and cider. There’s also a brand new infrared sauna, a General Store-cum-bar, and even guided morning meditation for weekend campers. It’s pretty much the perfect Melbourne staycation. 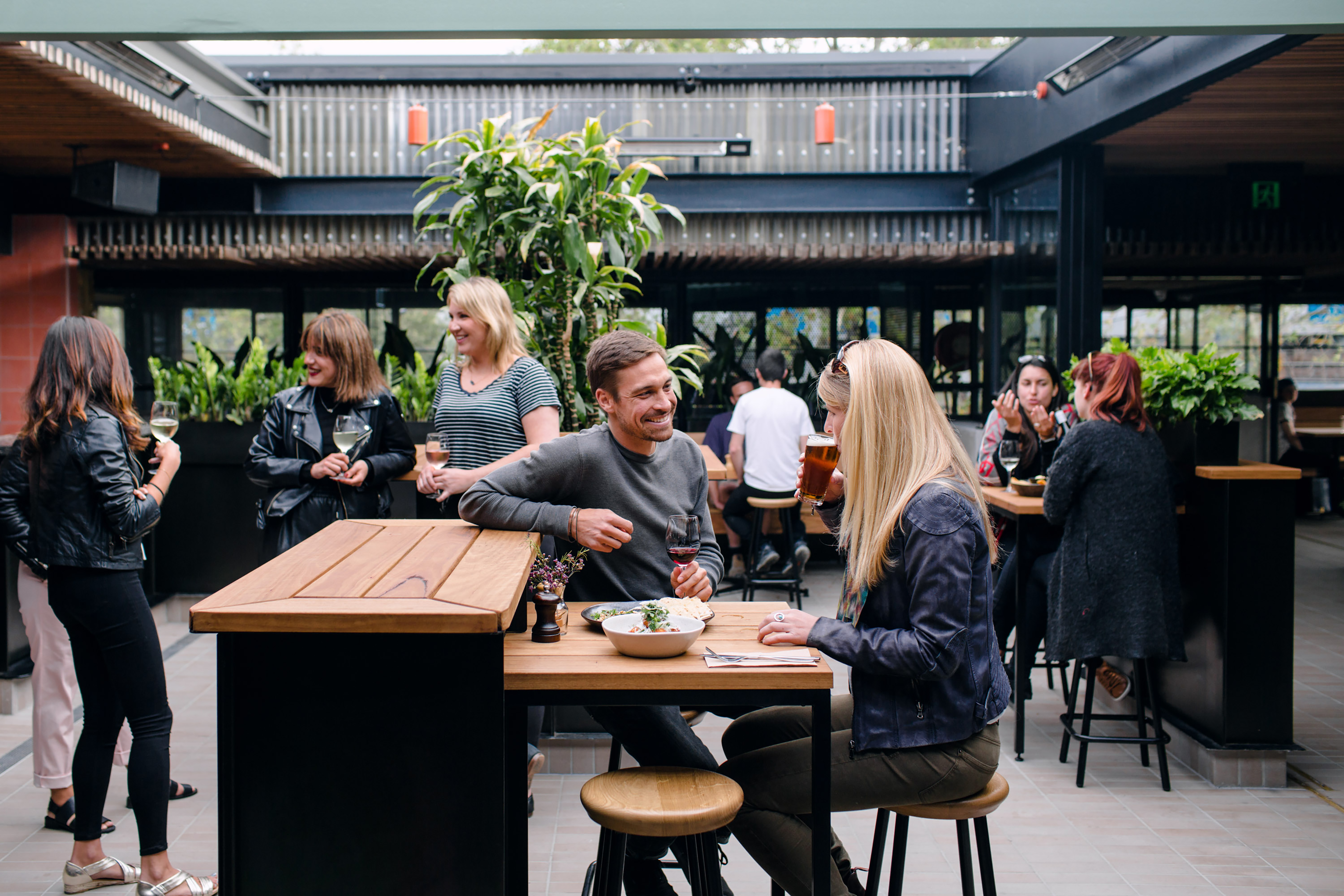 With expansive views of the Melbourne city skyline, Richmond’s Corner Hotel is one of the city’s premier live music venues, still going strong after more than 50 years. Its sprawling rooftop bar is the ideal spot for an after work bevvy or a chilled arvo sesh, with local DJs providing the soundtrack. Their menu is packed with pub classics from potato wedges to parma, they’ve got a late-night snack menu, and they even take bookings. Add it to your list. 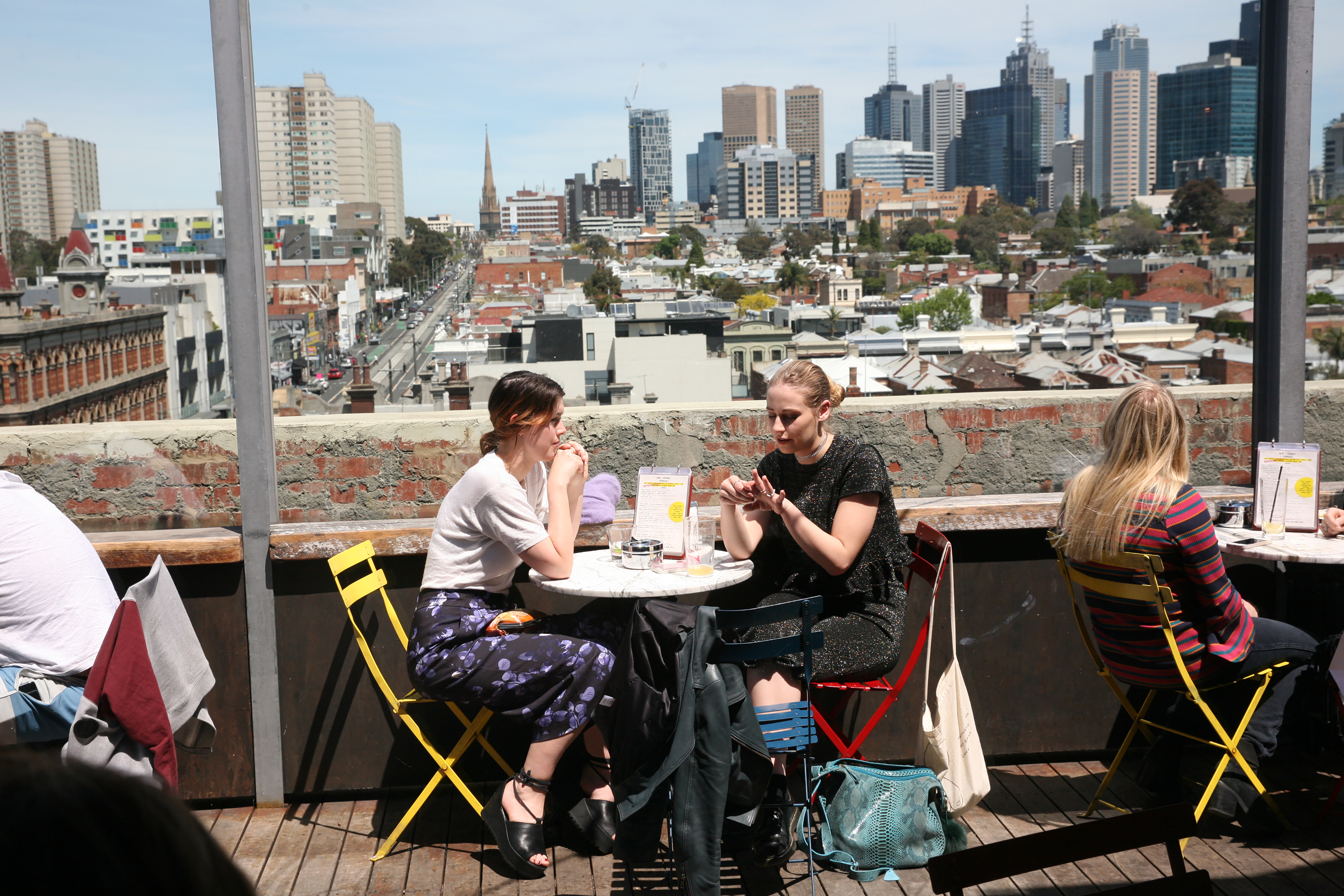 The rooftop terrace of famed pintxos bar Naked For Satan has long been been one of Melbourne’s top Uber destinations. It’s no wonder–Naked in the Sky’s wraparound balcony has spectacular views of both the Melbourne CBD’s skyscrapers and Fitzroy’s industrial rooftops. The drinks list is equally impressive, with specialty infused infused vodkas, range of cocktails, and boutique beers. 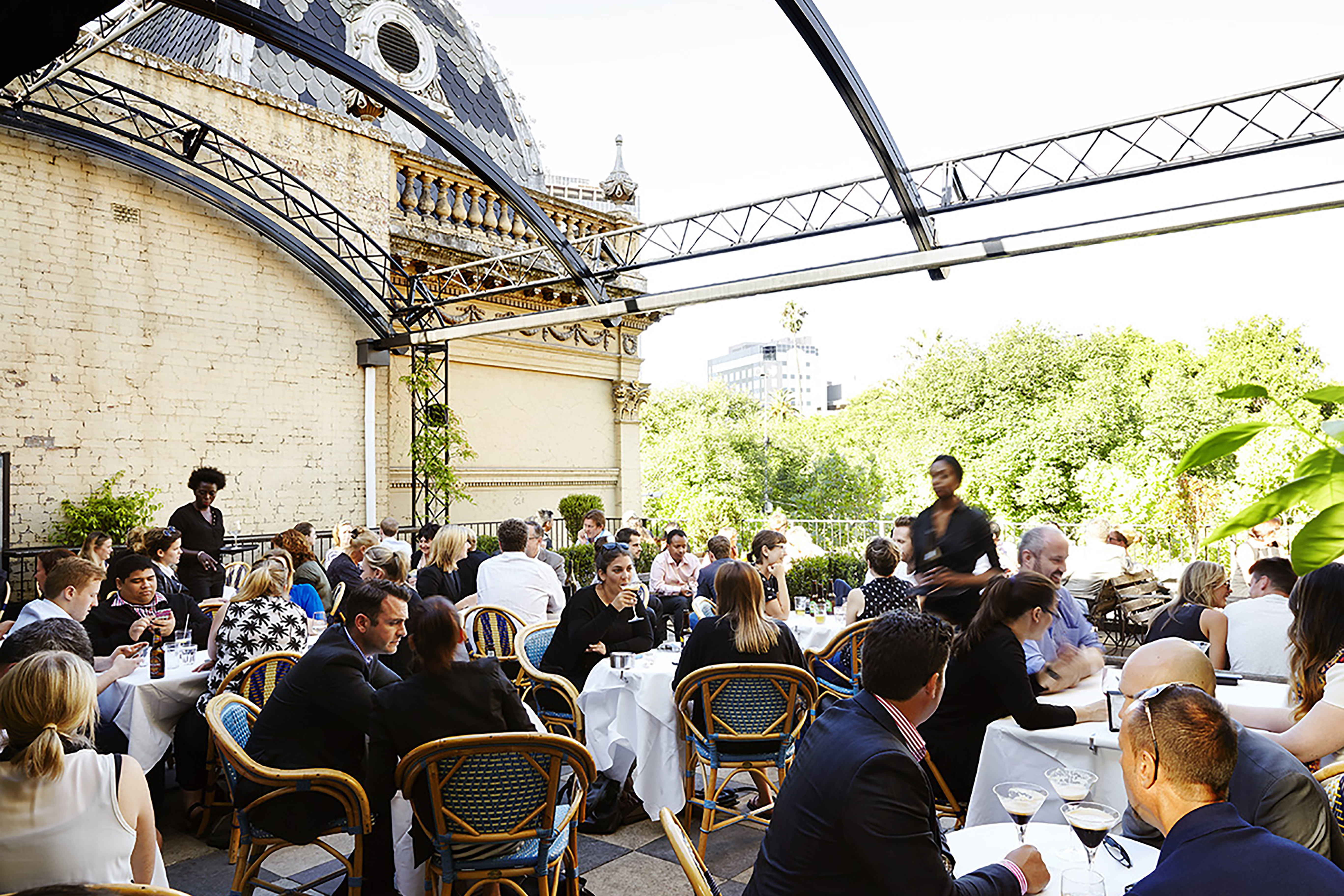 Perched above bustling Spring Street, Siglo offers outstanding city views of Parliament House’s grand facade, the Princes Theatre’s mural-covered  bricks and ornate domes, and the spire of St Patrick’s Cathedral. Take a seat at your white-clothed table, order a classic cocktail, and soak up the vibe. It’s the ideal spot to kick off your night. 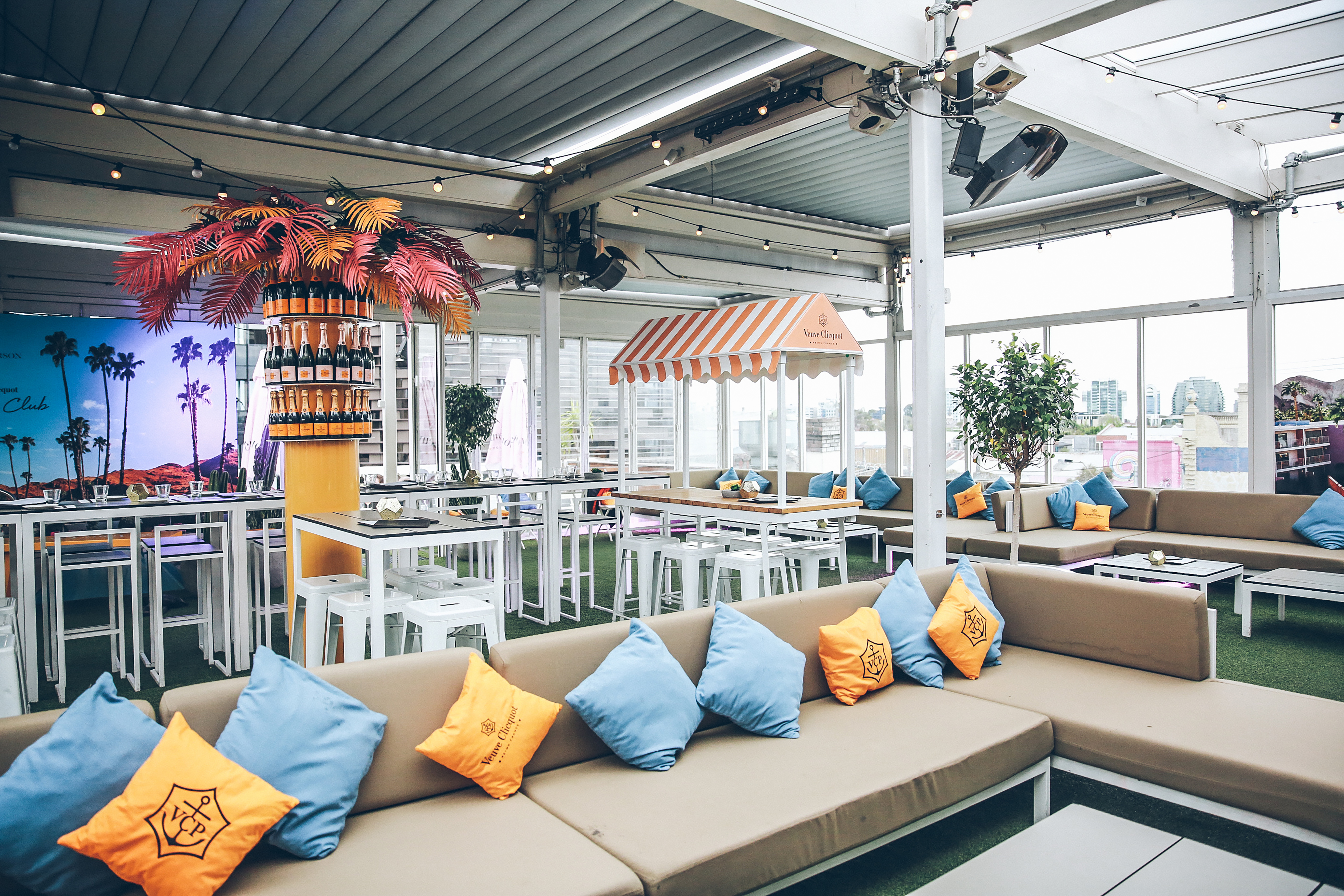 With one of the best rooftop bars south of the Yarra, The Emerson is a multi-level venue with a lengthy list of cocktails and tempting japanese share plate menu. Head to the roof, where you can lounge on their daybeds, catch some rays and take in the view. As day turns to night, guest DJs pump up the volume and the party really gets going. 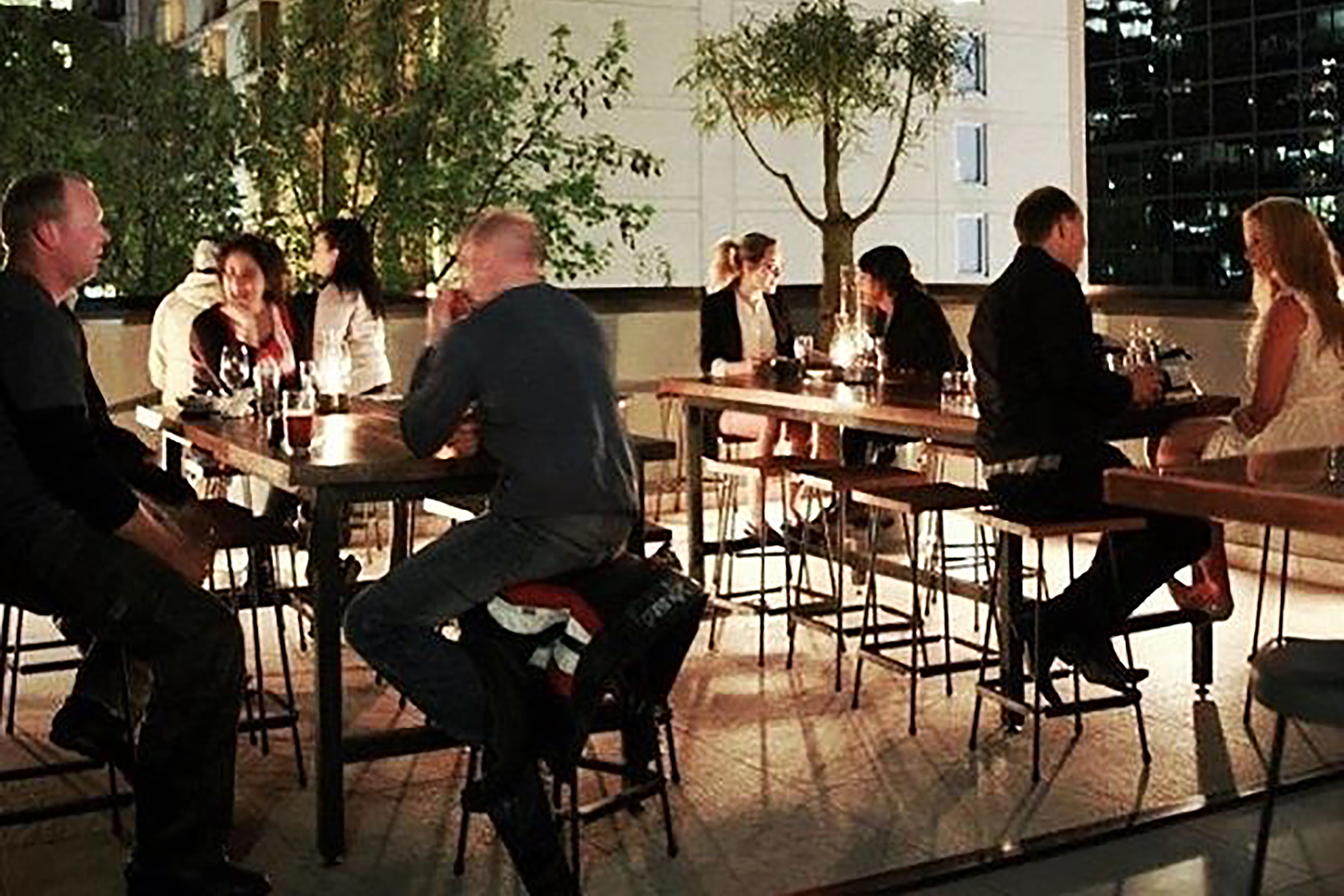 Classic Spanish tapas, inventive cocktails and CBD views all make Bomba one of Melbourne’s favourite rooftop bars. Five floors above Lonsdale Street, the rooftop is open-air and offers cocktails, Spanish wines, craft brews, and Spanish vermouths daily from 3:00pm until late. If you fancy yourself a negroni connoisseur, you’ve come to the right place – Bomba regularly makes the lists of the top negronis in Melbourne. 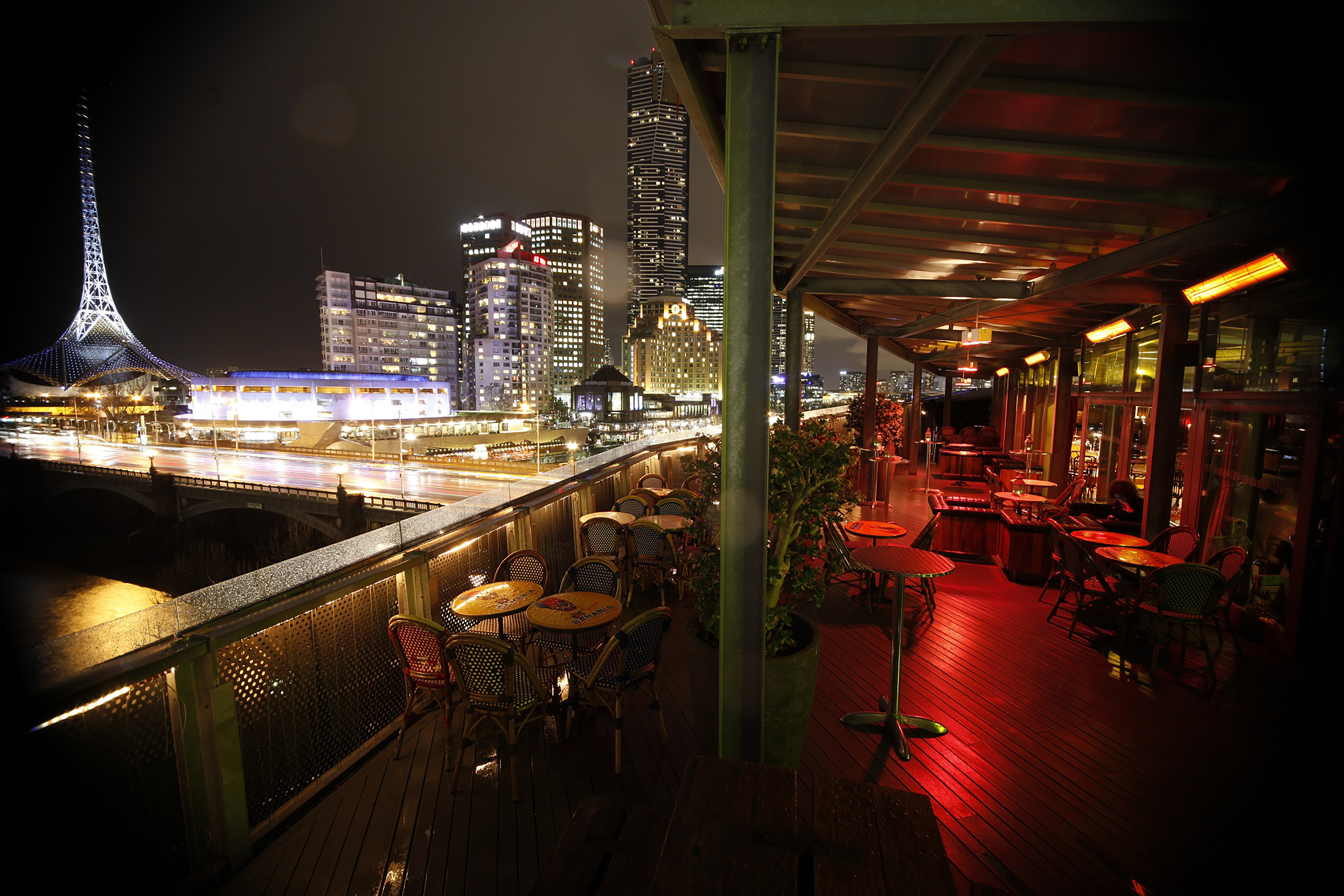 Ideally situated on the edge of Federation Square, Transit Rooftop Bar boasts a stunning outlook. With sweeping views along the Yarra River, it’s also one of Melbourne’s original rooftop venues. Grab a bite to eat on the rooftop from the team at Taxi Kitchen, order a cocktail and you’re all set. It’s a great place to bring out-of-town guests. 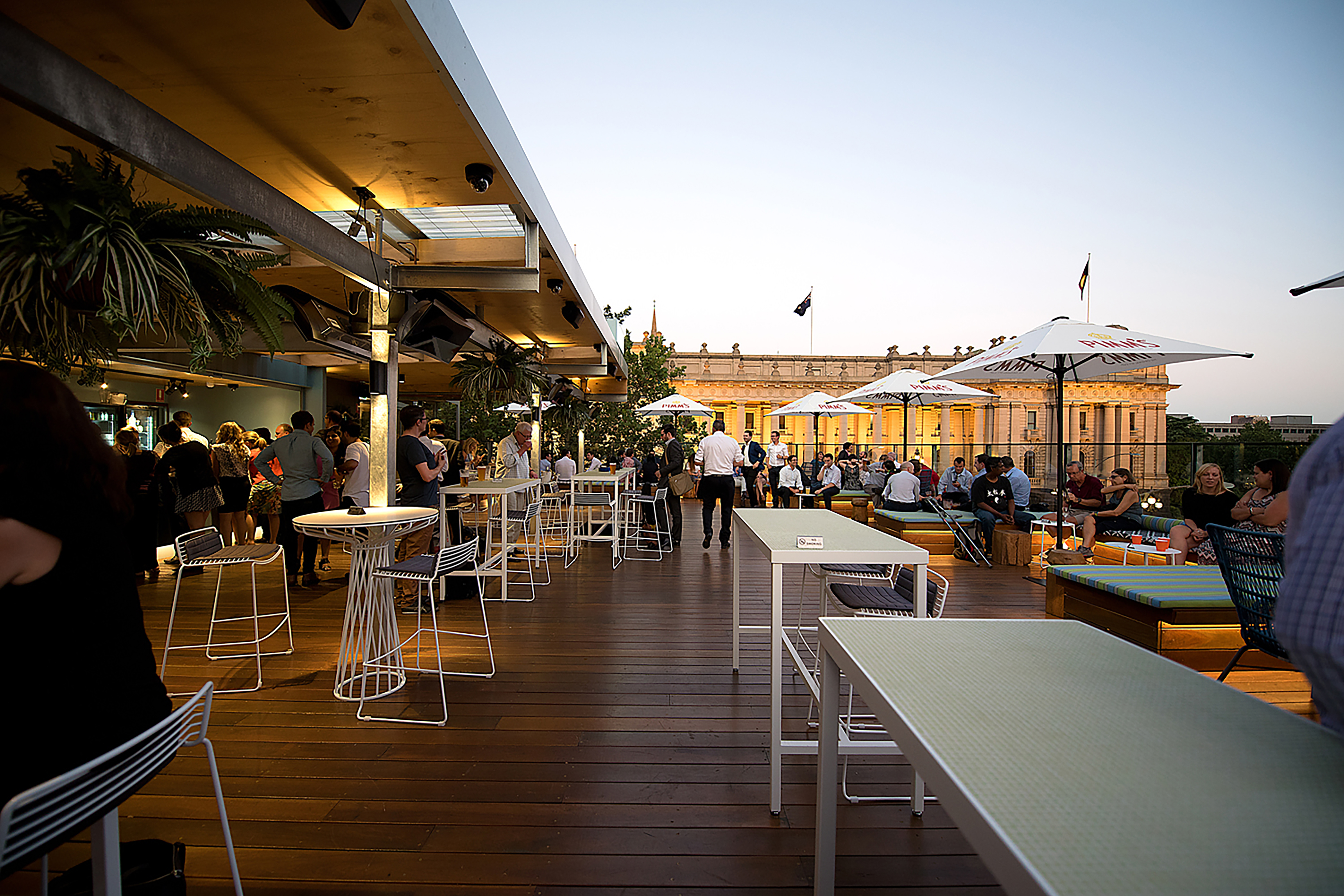 On the corner of Bourke and Spring Streets, the Imperial Rooftop Beer Garden is one of the largest rooftop bars in Melbourne. It’s popular for after work drinks, and it’s snack-focussed menu is perfect for sharing with friends. The Imperial also boasts views of Parliament House, Treasury Gardens and the city skyline.

Your designated driver through the Swan Valley has arrived