The best times to drive in Merseyside 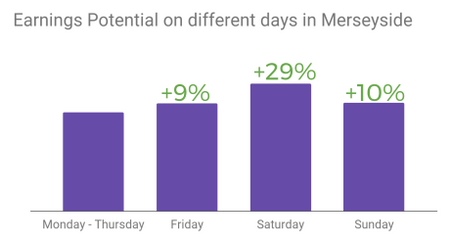 Weekends are always good times to drive in Merseyside. Driving on Saturday generally means you make about 29% more than driving Monday-Thursday. If you want to boost your earnings, make the most of the weekend crowds.

The best areas to drive in change depending on the day of the week and the time of day.
Below you’ll find information on some great places to drive if you’re looking to make great earnings. We’ve also highlighted the best times to drive, depending on what day and what time it is. 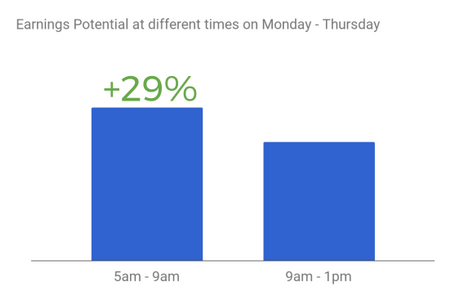 What time is best?
Weekdays are generally quieter. Yet starting earlier in the day can make all the difference. If you drive between 5am-9am, you generally can earn around 29% more than the later morning slot (9am-1pm). So if you can get up early, it’s worth it. 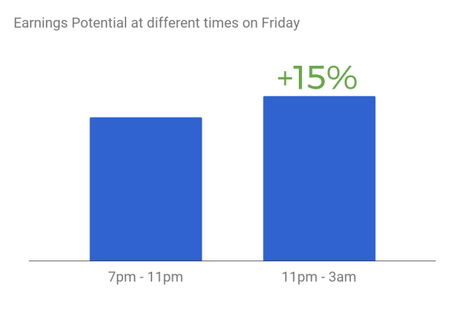 What time is best?
The end of the week is usually busy as people start their weekend. If you drive between 11pm-3am on Friday night, you can earn up to 15% more on average (compared with driving between 7pm-11pm). 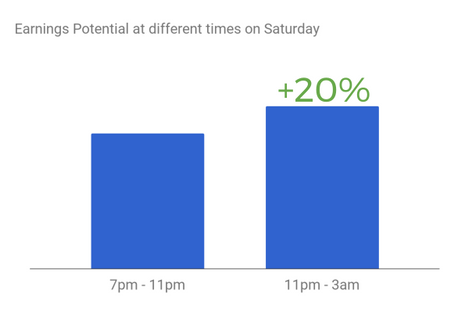 What time is best?
It’s not surprising that the weekends are a great time to make money. Merseyside is full of diners, pub-goers and people partying late into the night. If you drive between 11pm-3am on Saturday nights, you can earn up to 20% more on average (compared with driving between 7pm-11pm). 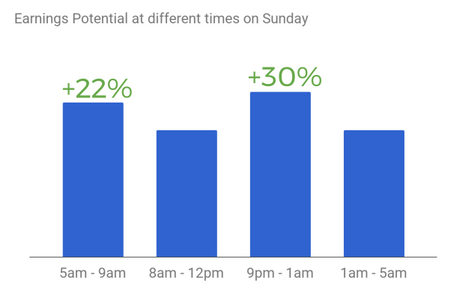 What areas are best to drive in between 5am-9am and 9pm-1am?

What times are best?
Mornings and evenings are great times to drive on Sundays. Try heading out from 5am-9am as you can generally earn 22% more than later in the morning.
9pm-1am is another great time to drive. Plenty of people are returning to the city via train stations after weekends away. On average, you can make 30% more than if you started driving at 1am.