From Santa Monica to WeHo to the Valley to Downtown, people have been using Uber to get around Los Angeles since 2012. Over the past three years, we have been working to make Uber a safe and reliable way to get where you need to go, when you need to go and have launched exciting new products like UberLUX, UberFRESH and uberPOOL that are innovating how people interact with the City of Angels.

But Uber isn’t just for nights and weekends. It has enabled people across LA to commute more easily to work or school by connecting them to the existing public transit infrastructure, making the city that much more accessible to residents, commuters and tourists.

Uber is closing the first and and last mile gap of your commute in two key ways:

To gauge how Angelenos have incorporated Uber into their daily commutes, we looked at one month of trips that started or ended within 1/4th of a mile of a metro station. What did we find?

Trips near metro stations accounted for more than 16% of

Uber trips that started or ended in Los Angeles. 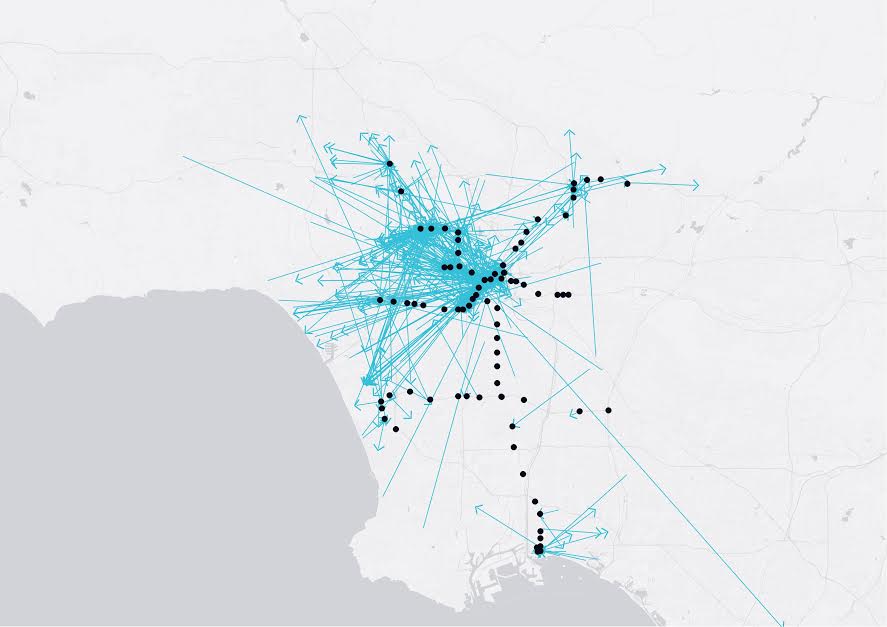 We also looked at when people are using Uber and found that almost a quarter of those riding are doing so during commuting hours. In fact, 22% of LA trips taken within a ¼ mile of a metro station took place between 7AM-10AM and 4PM-7PM, Monday-Friday.

With rates cheaper than taxi rates, economic barriers to a safe and convenient ride available anytime, anywhere diminish. This means that fewer people need to own cars—and those who can’t afford a car can still count on a reliable ride within or outside of the current public transit system.

We’ve come a long way since our 2012 launch and are excited about all of the new products available in Los Angeles. Our latest launch, uberPOOL, is connecting riders to other riders, reducing congestion and emissions, closing the first and last mile gap for commuters, and making safe and reliable rides more affordable than ever. We look forward to expanding uberPOOL across the region. Uber is committed to providing greater access and availability across the Los Angeles area that riders and drivers can count on for years to come.

How to enhance your customer and employee experiences using Vouchers

We Asked. You Told Us. Now Let Us Take Action.

Your insurance protection maintained by Uber.