The question of congestion

Much has changed since we launched in London nearly 4 years ago. During that time, we like to think we’ve played a big role in changing the way Londoners move around their city – making travelling from A to B simpler, safer, more reliable and more affordable for everyone. Plus, innovations like uberPOOL let us explore better ways to keep London moving as the population grows.

When London topped leading research firm INRIX’s table of the most congested cities in Europe, we were concerned and knew we needed to understand more: if London is Europe’s most congested city, what’s causing the slow down? Has it got worse? And are services like Uber helping or hindering the flow of traffic?

Not being the types to shy away from hard questions, we asked INRIX to dig deeper, taking a thorough look at data from INRIX themselves, TfL, the Department of Transport, the Office for National Statistics, the Automobile Association (AA) and, of course, Uber. If you’re interested, you can read the full report here.

It seems counter-intuitive: having grown from non-existent in early 2012 to over 3 million trips per month at the end of 2015, why isn’t Uber more of a cause of congestion in London?

Well, first up, our ‘rush hour’ isn’t the same as London’s: in fact it’s almost the opposite with more than two thirds of our weekday trips happening outside the 7am to 6pm peak period for traffic. It’s clear that London knows how to party with a quarter of all Uber trips happening between 12am and 5am, when the rest of the city, including the London Underground, is asleep. 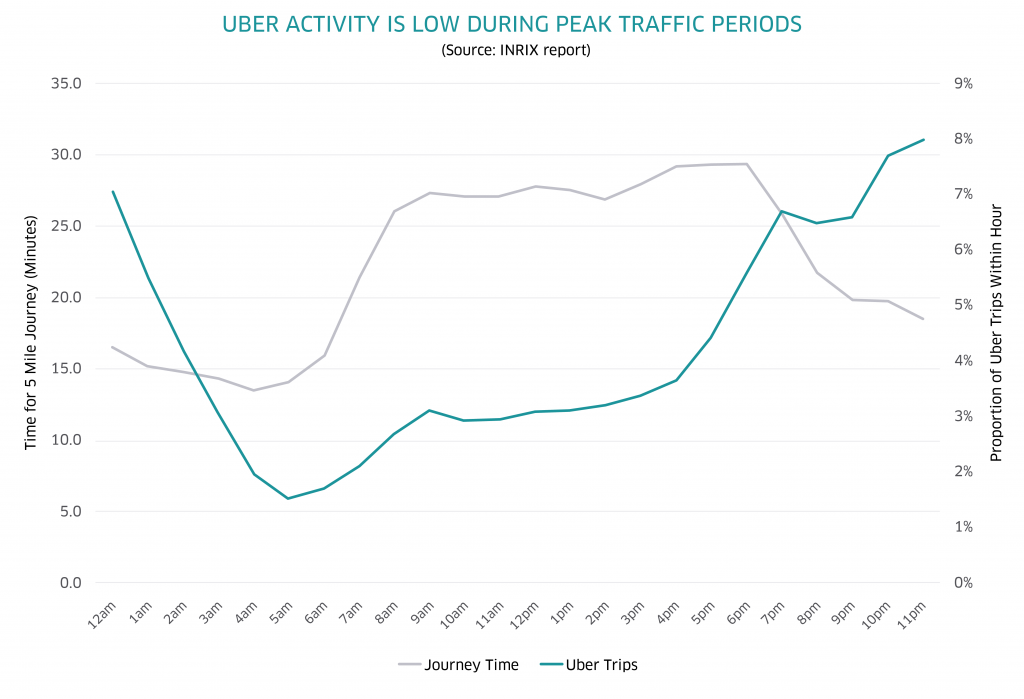 Just one part of the journey

When we look at how people in London ride, we see that a high proportion of trips start or end at a key transport hub – whether a tube, overground or rail station. Thousands of Londoners are using Uber in conjunction with public transport, often using Uber to navigate the last mile. Outside central London, we see tens of thousands of journeys starting or ending at a train station as people use Uber to take them from the station and home – many of them now able to leave their own cars at home as a result. 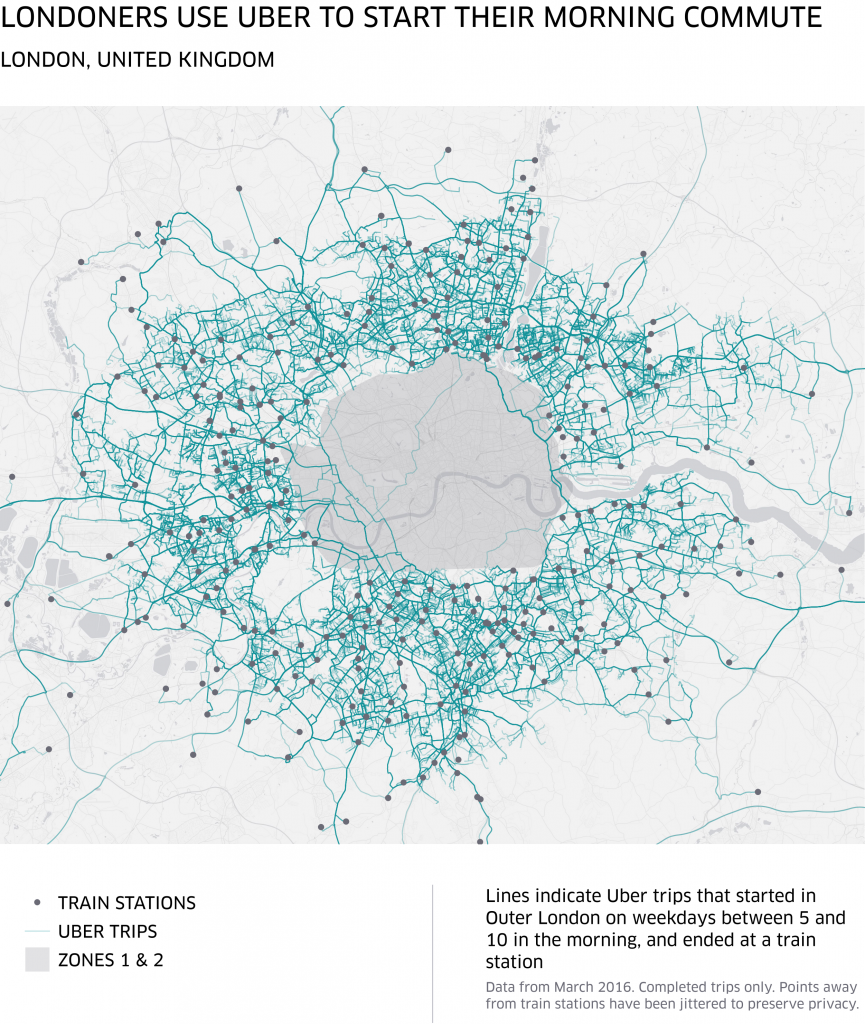 Tackling congestion in the future

INRIX’s findings are no reason to be complacent – London is one of the most congested cities in the world. We believe (entirely subjectively) that this is the greatest city in the world to live and work in. But for it to remain so, we all need to work hard to keep London moving.

Back in December 2015, we launched uberPOOL, a new car-sharing option that matches together riders heading in the same direction, letting them share the journey and save money on the fare. By getting more people into fewer cars and combining two – or sometimes three – journeys into one, we can reduce the number of miles driven, not to mention fuel consumption, CO2 emissions and congestion.

uberPOOL is still in its infancy in London but we believe it has a lot of potential – hundreds of thousands of POOL trips have already taken place. By using cars more efficiently, we can reduce fares for riders whilst drivers make the same or more from the trip – and of course, help keep London moving.