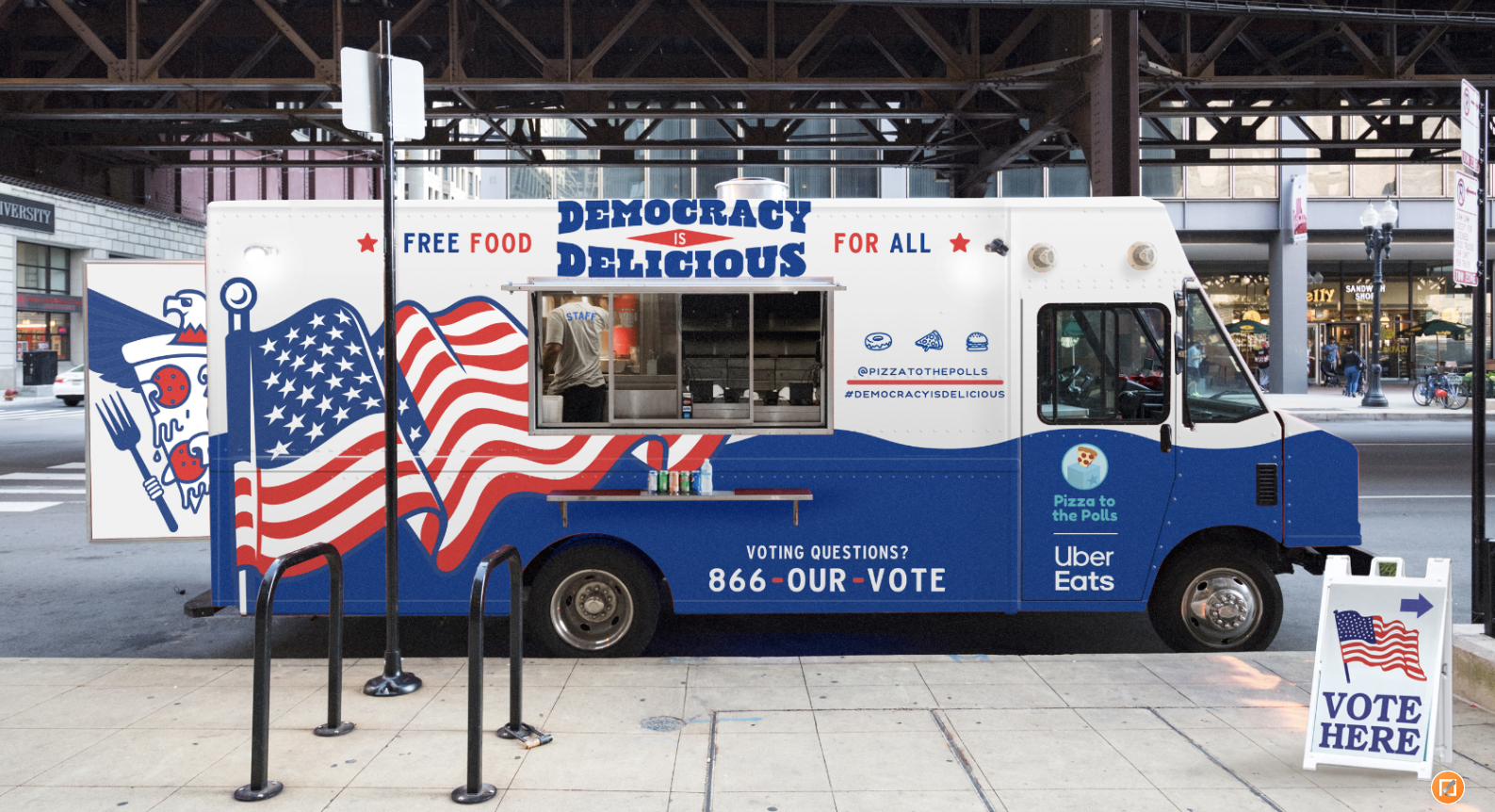 * The promo is valid from 12:01am PT on November 3, 2020, to 3am PT on November 4, 2020. Max discount of $7 off each ride, for a maximum of two rides. The discounts will be automatically applied when you request your ride by using the polling finder. The offer applies in the US only, but does not apply to California and Michigan. Applies on all ride options, including bikes and scooters. Does not apply to Taxi and Transit. Discount does not apply to surcharges, tolls, fees, or tips and cannot be combined with other offers or discounts. For accounts with multiple valid offers, the discount with the highest savings will automatically apply to a rider’s next trip. This offer is not intended to induce, nor is it conditioned on, the act of voting, refraining from voting or voting for or against any particular candidate, political party or measure.