Driving a taxi or cab has been a job for a long time. In fact, people were driving horse-drawn taxis in London as far back as the 1600’s. It sounds old fashioned now, but –as far as jobs go–driving taxicabs used to be one of the only ways to get paid for driving.

Now, there’s a lot of new ways to earn money from the driver’s seat. For example, Uber’s a very popular way to get paid weekly for driving your own car on your schedule. A lot of former taxi drivers have decided they wanted to work for themselves and become self employed. These ex-taxicab drivers are choosing Uber because they like making more money and having a much more flexible schedule. Unlike old-fashioned taxi cab jobs, it’s easy to apply for Uber and to set your own schedule. 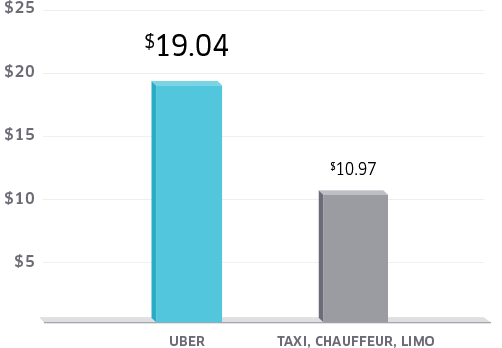 If you’re looking for a straightforward sign-up process, a fast growing opportunity, and a way to get paid weekly for driving your own car, we hope you’ll take Uber for a spin.

NOTE: This opportunity is for an independent contractor. All earnings quoted are in fares and based on actual partner earnings data.