Over the course of one year, the average car commuter in Philadelphia spends 48 hours (an entire work week!) stuck in traffic — and the result is that Philadelphians lose more than $3.5 billion every year in wasted time and gasoline.1 This kind of congestion is bad for productivity in Philadelphia, and the resulting pollution undermines everyone’s quality of life.

It’s why we’re excited to launch uberPOOL in Philadelphia on Friday, February 12, at noon. uberPOOL enables people going to the same place at the same time to share the journey. It’s all about getting more butts into fewer cars. This means cheaper rides for passengers and less congestion over time. When it launches, uberPOOL will be 30% cheaper than uberX in Philadelphia.

uberPOOL is a proven model: In LA, for example, uberPOOL now accounts for over 30 percent of our trips in the city. In its first eight months there passengers took over five million uberPOOL trips — cutting the number of miles driven across town by 7.9 million and carbon dioxide pollution by 1,400 metric tons.

Cheaper rides for passengers: uberPOOL is more affordable because the cost of the trip is shared.  The fare per trip is set at 30% less than uberX, which is typically our cheapest service–whether Uber pairs you up with another passenger or not.

Less congestion on Philly’s streets: uberPOOL is a convenient way for people going in the same direction at the same time to share the journey. This helps cut congestion and pollution.  And because uberPOOL is cheap and easy to use, over time it offers a credible alternative to car ownership. If you can press a button and get an affordable ride across town within minutes at any time of day or night, why bother to own a car at all?

“uberPOOL makes it easy and affordable for people going in the same direction to share the trip. It’s carpooling at the push of a button. That means cheaper rides for passengers and less congestion on Philadelphia’s streets over time. In LA—where uberPOOL accounts for over 30 percent of our trips—uberPOOL saved the number of miles driven across town by 7.9 million miles in its first eight months.” 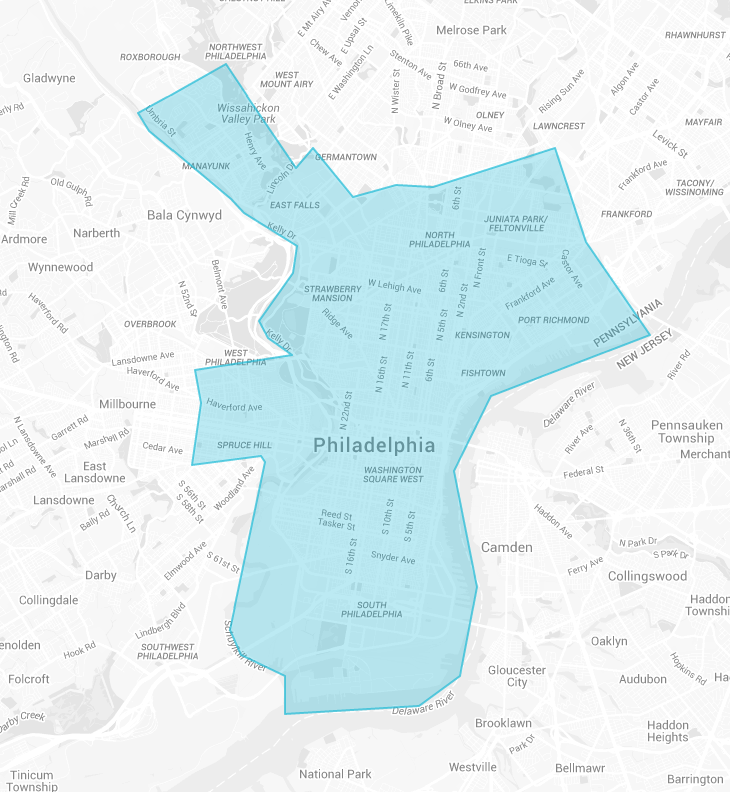 HOW IS MY FARE CALCULATED?

The quoted fare you’re shown before you request is guaranteed whether you’re matched with another rider or not—no surprises! uberPOOL fare includes a $1.25 Booking Fee.

CAN I BRING OTHER PEOPLE?

Feel free to bring a friend! Each uberPOOL request may have a maximum of 2 riders per pickup.

WHERE IS UBERPOOL AVAILABLE?

HAVE MORE QUESTIONS ABOUT UBERPOOL?
VISIT OUR FAQ PAGE.