Transportation availability and reliability go hand-in-hand with economic opportunity. The NYU Rudin Center on Transportation found that areas with limited access to transportation had the highest rates of unemployment and the lowest incomes. And according to Harvard and UC Berkeley researchers, access to transportation for getting to work is highly correlated with upward mobility. But existing transit options are imperfect, especially for those who can’t afford their own car: The Brookings Institution found that only one-quarter of low- and middle-skill jobs are accessible via public transit within 90 minutes.

New transportation options like Uber add a reliable and affordable option to the transportation ecosystem for low-income neighborhoods. For some, this can mean a sure way to go the last mile after getting off mass transit, or a reliable backup option in case the train is late. For others, it can mean the ability to carpool to work and save time and money relative to a cab. We wanted to take a closer look at how Uber’s service compares to taxi service in low-income neighborhoods, so we asked researchers at BOTEC Analysis to run an experiment that studies Uber’s current reliability and affordability in those neighborhoods in Los Angeles. 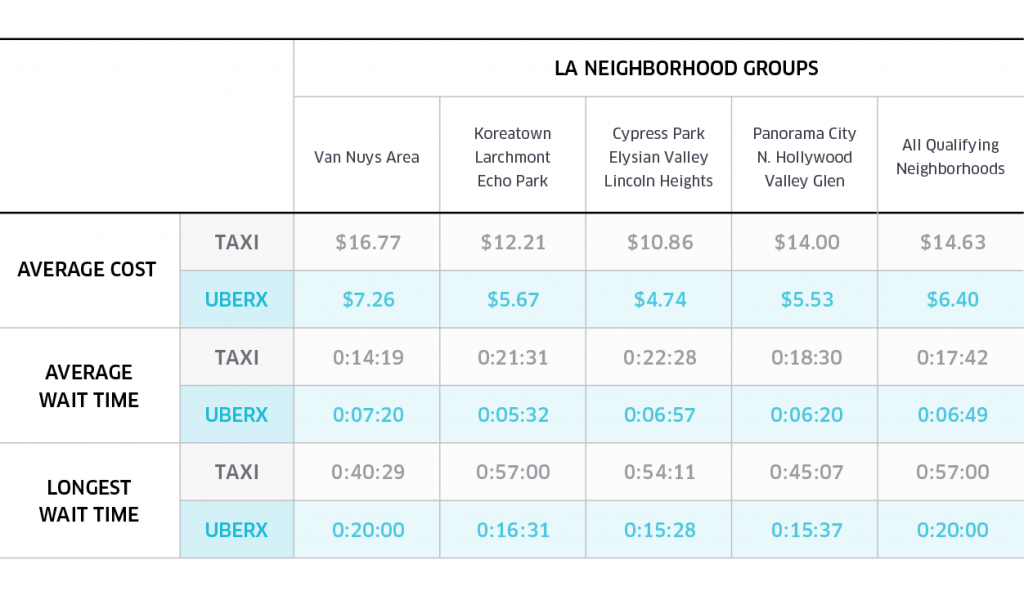 These findings confirm what we see in Uber’s data in other cities around the United States: that the service is affordable and reliable across the whole of a city. In New York City for example, 35% of all Uber pickups currently happen outside Manhattan, compared to just 6% by traditional yellow taxis. The map below shows the average wait times experienced by uberX riders throughout New York City—across the boroughs, riders wait on average less than 4 minutes to get a ride. 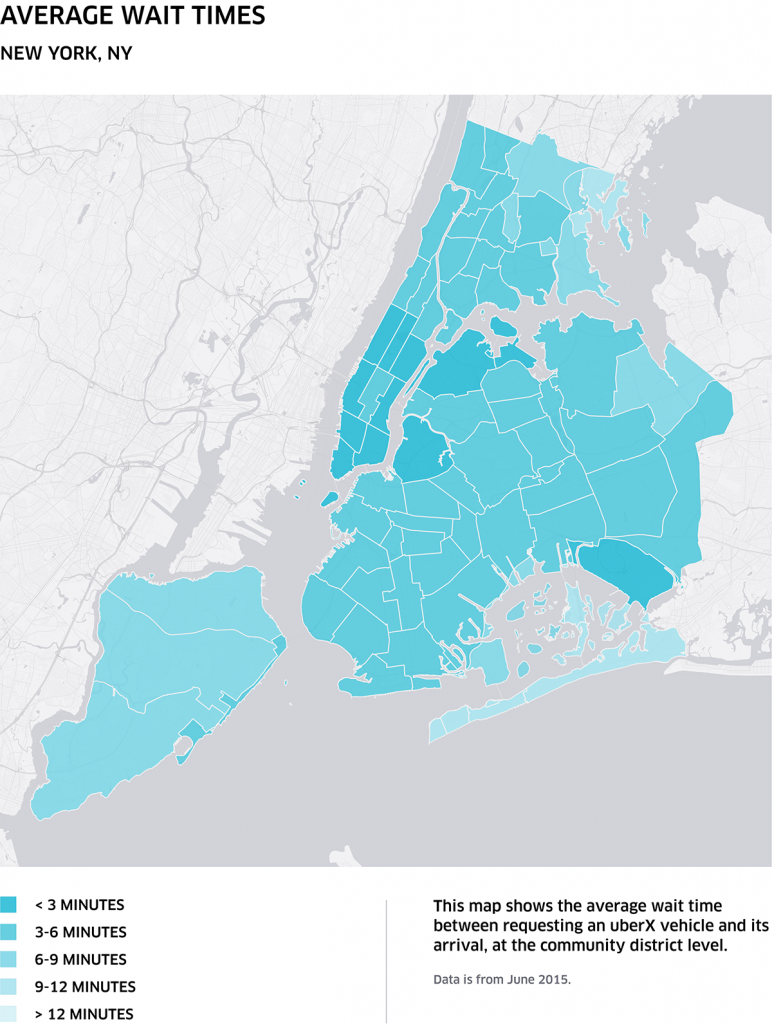 This map illustrates that Uber’s service is readily available across the city, not just in lower Manhattan. And the service is getting even better across the city as the driver base grows. Proposals like the one being considered by the New York City Council to limit services like Uber will have a disproportionate impact on service levels in neighborhoods off of Manhattan, as an ever-increasing percentage of a limited pool of drivers with Uber will find it more worthwhile to accept rides in the richest and densest parts of the city. How do we know this? Because that’s exactly what yellow cabs, limited by scarce medallions, have always done.

[1] This takes into account Uber trips that experienced surge pricing, roughly 16% of trips taken by study participants. Nearby neighborhoods are grouped in order to display statistically significant samples.