I’m super-pumped to announce that Jeff Holden is joining Uber as our Chief Product Officer. I can’t imagine a better fit for Uber’s entrepreneurial culture and world-changing mission. He will be a strong strategic thought partner for the executive team and someone with whom I can spar to solve Uber’s hardest problems and invent our future. Having experienced Amazon’s hyper-growth from the very early days, Jeff knows how to think big while building for the long-term and scaling a world-class product organization. But the icing on the cake is the force multiplier of Jeff having been an entrepreneur in his own right. The passion, discipline and imagination that comes from being an entrepreneur is invaluable, and when those characteristics can spread through your organization at scale, the potential is limitless. I have high hopes for our new partner in the business, and I know Jeff is up for meeting and exceeding them. Welcome to the team! 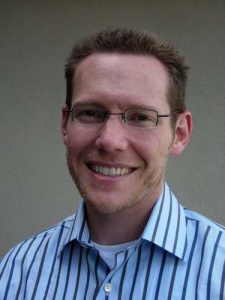 “A lot of people talk about the rare company that accomplishes this or that cool thing, but Uber takes rarity and specialness to the next level. It’s a notoriously difficult entrepreneurial challenge to create a thriving two-sided marketplace from scratch. But to do it as quickly as Uber with such a magical experience, and to simultaneously have the strategic foresight and wherewithal to relentlessly start from the customer and work backward is another thing altogether. Yet this is truly day one at Uber: The vision far transcends what is visible today. The idea of being on this journey with this amazing team is truly awesome.” – Jeff

Jeff has served as Senior Vice President of Product Development at Groupon since 2011 when he sold his startup Pelago to the company. During his tenure, Jeff led the charge to reinvent local commerce through the creation of a platform that electronically connected the company’s massive ecosystem of merchants and consumers. Jeff’s passion for local began at Pelago, which he co-founded in 2006. Pelago’s flagship product, Whrrl, enabled a powerful new location-based social discovery experience to allow people to get the most out of their cities.

Before Pelago, Jeff spent almost nine years at Amazon.com in many roles. Most recently, he was Senior Vice President of Worldwide Consumer Applications, where he oversaw the end-to-end consumer site experience including search, navigation, personalization, social computing, and ordering. He also led the creation of Amazon Prime. Prior, Jeff was the Director of Supply Chain Optimization Systems. In this position, he led the design and development of the company’s unique forecasting, inventory planning, order fulfillment optimization and transactional purchasing systems that power Amazon’s global fulfillment network.

Earlier in his career, Jeff spent five years at D. E. Shaw & Co., L.P. a New York-based hedge fund. He joined the firm right out of university as a software engineer, and his first manager was Jeff Bezos. The two Jeffs created a new trading strategy for the firm and wound up working together for many years at Amazon. Jeff earned his BS and MS (‘91) in computer science from the University of Illinois, Urbana-Champaign.