Update: Starting March 15, 2016, when you search for directions using Google Maps on your mobile device, Google Maps will provide a dedicated tab showing estimated pickup times and fares for each of the many Uber options available in a particular city, from uberX to uberXL to UberBLACK. Since the last major update in November 2014, the Uber feature in Google Maps has grown from 30 cities to over 350 cities around the world. 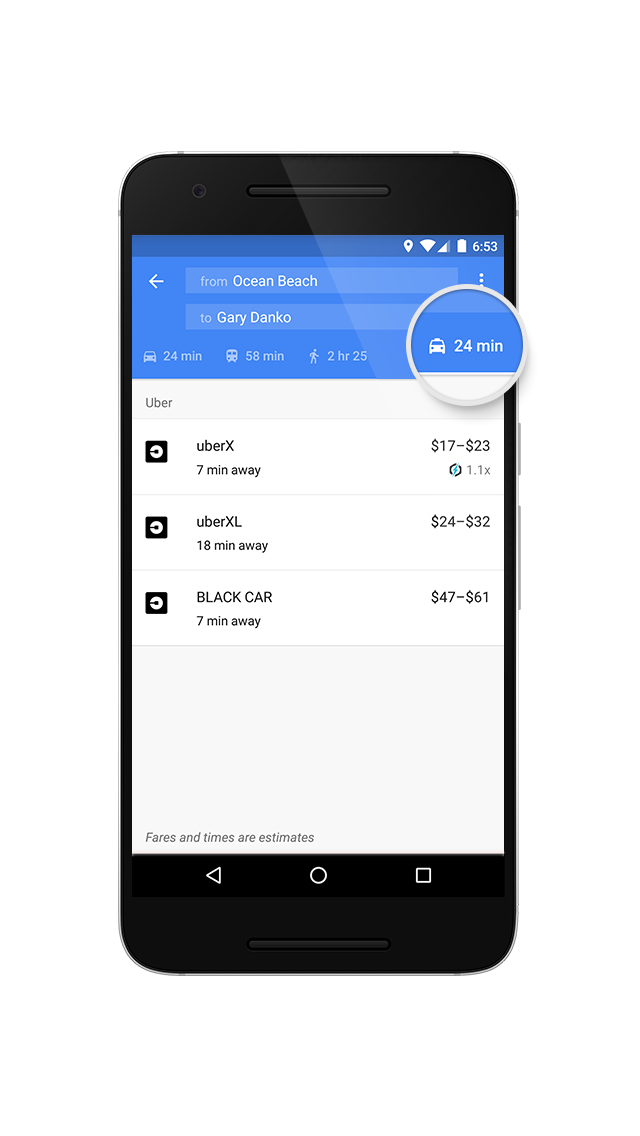 We’re excited to announce an update to our integration with Google Maps!

For users with Uber installed on their Android or iPhone, Google Maps now shows the estimated pickup time, fare, and travel time to the destination in an Uber. A single tap on the Uber card seamlessly jumps you into the Uber app and sets the destination address, which is then passed on to your driver upon pickup. The feature is now live for users in over 30 cities around the world, with more cities to come in the future. 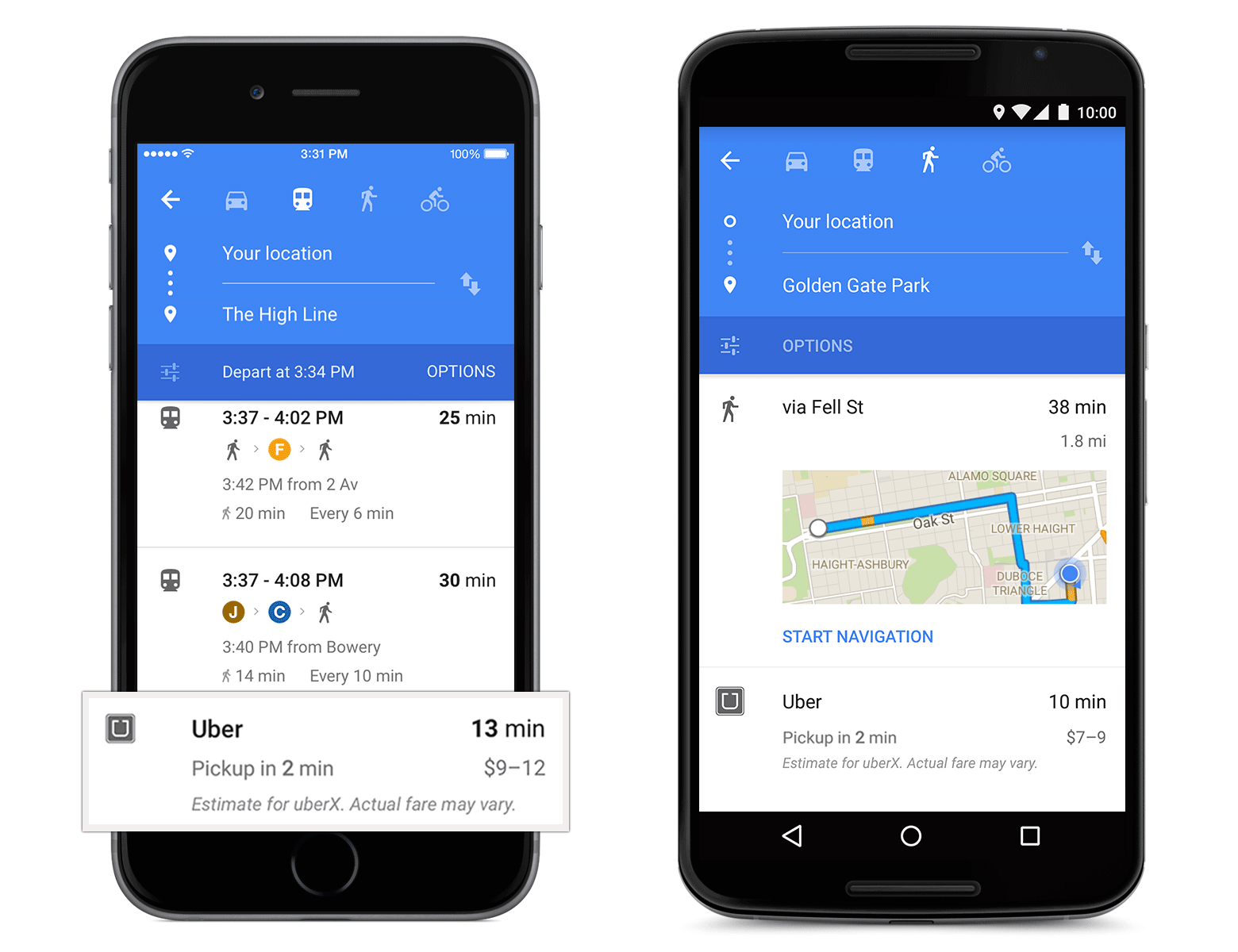 You will see the option to Uber at the bottom of the screen when you select either the transit or walking options. This update makes it more obvious when Uber is the clear choice to get to your destination—whether we’re saving you time with our short pickup and transit times, or offering an affordable price for your ride.

For over a decade, Google Maps has been helping people explore and move around their city. Now, with our shared mission, we’re thrilled to continue partnering with the Google Maps team to make that easier than ever.