One year ago, Benenson Strategy Group surveyed our driver-partners in the U.S. to learn more about how and why drivers use Uber, and found that drivers chose Uber by and large to have more control over their time and their income. Since then, the number of active Uber driver-partners in the U.S. has more than doubled, from 160,000 to over 400,000, and our partners have been paid over $3.5 billion in the U.S. so far this year.

A new survey released today shows that the trends we saw last year have intensified. More people are using the platform on the side, higher numbers of women are starting to drive, and driver-partners are using the app as passengers as well.

“Uber provides an option and an opportunity to hundreds of thousands of Americans that wasn’t there before. It’s clear from the data that drivers place immense value on the flexibility Uber gives them to go to school, earn extra income, be with their families and do other things with some extra money in their pockets.””

Uber Fits Around Drivers’ Lives, Not The Other Way Around

These findings mirror what we hear every day from drivers: flexibility and the chance to be their own boss is a key reason they use Uber; they want work that fits around their life, not the other way around. And most of our partners work with Uber to make money on the side, driving on their own time and toward their own unique goals. 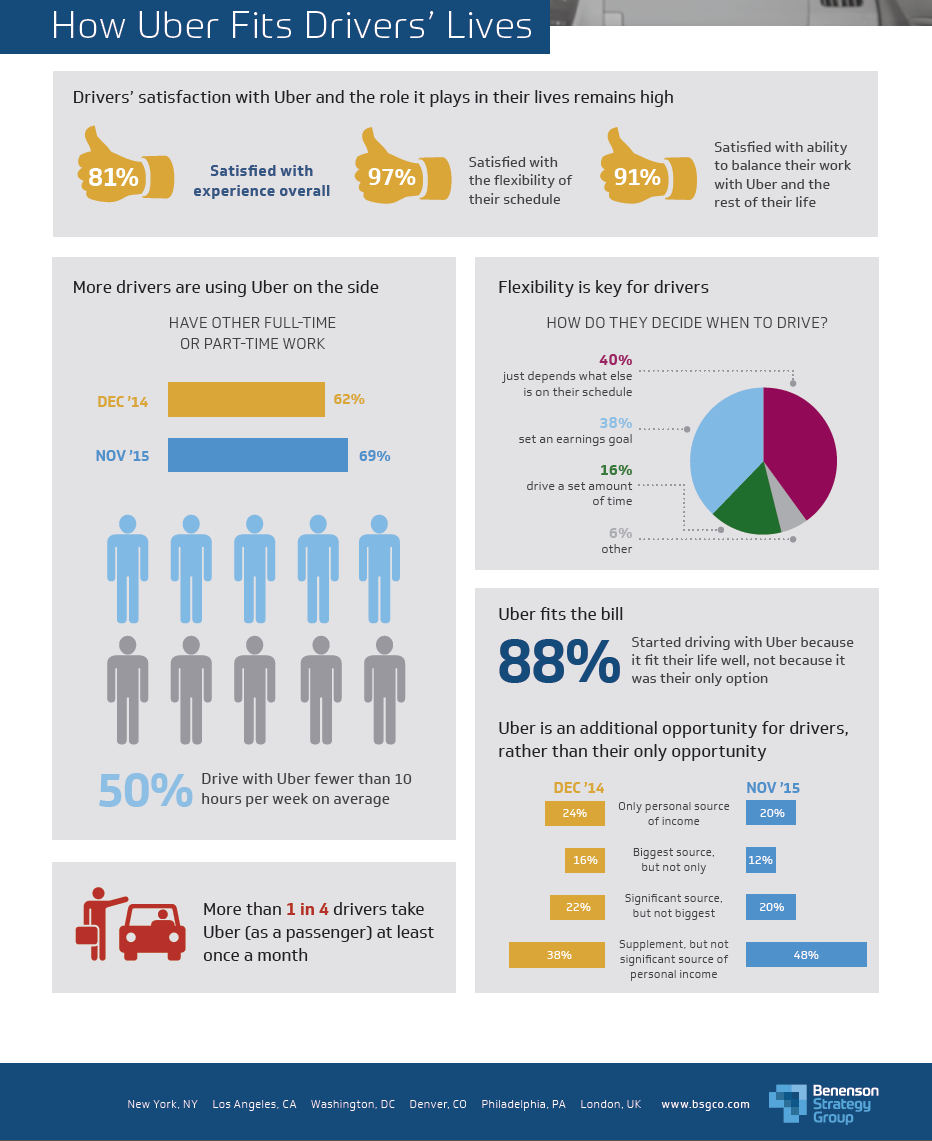 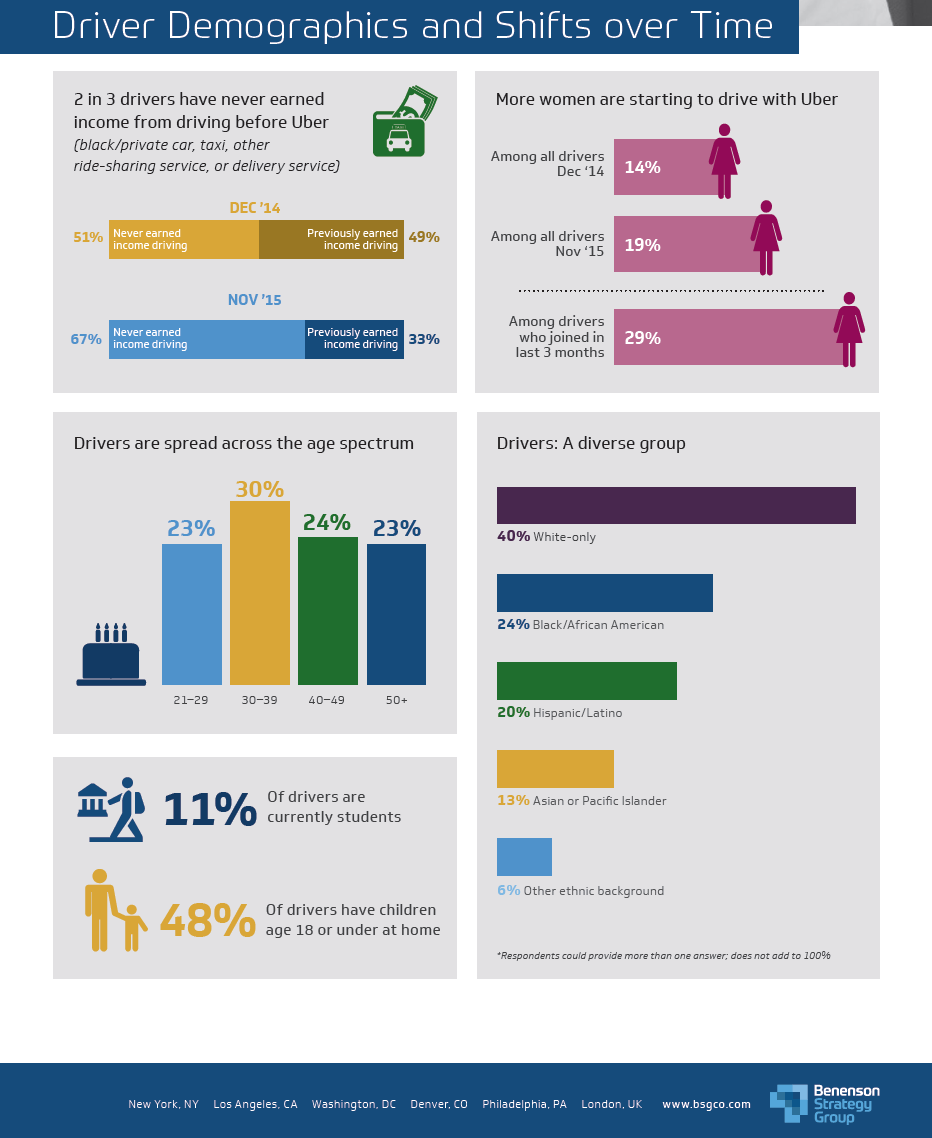 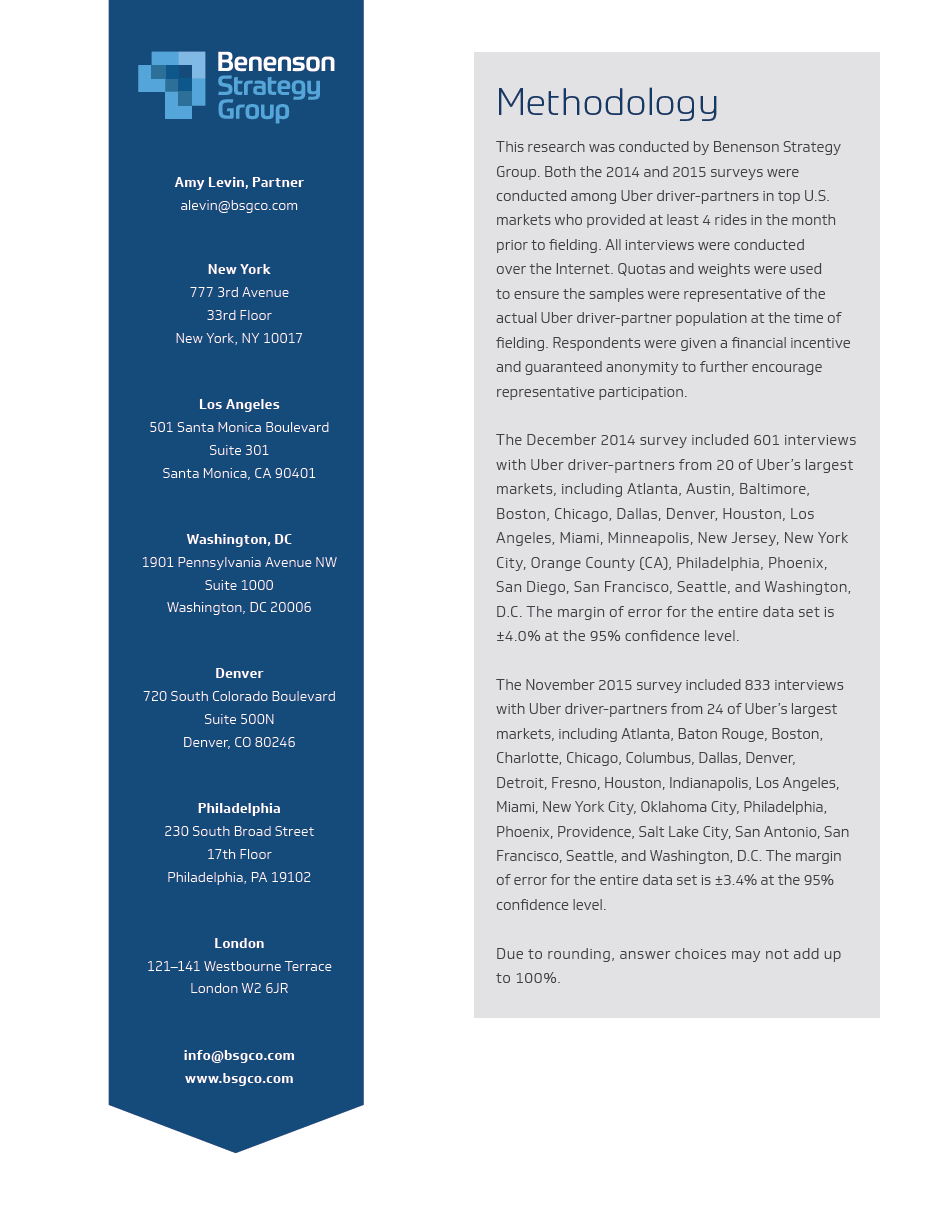