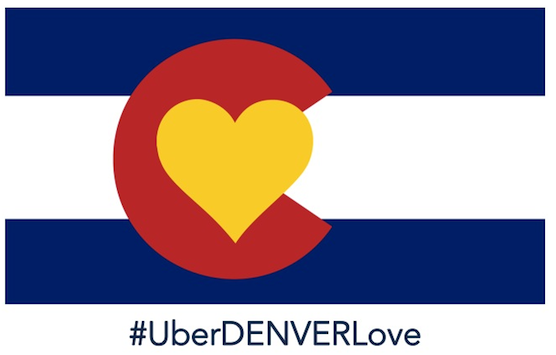 2013 has been exciting for Uber as we have expanded into 38 cities globally, but more importantly, we have become one of the fastest growing companies in the state of Colorado. Since the beginning of the year, ridership in Colorado has increased 216% and the number of drivers has doubled, proof positive that Uber is solving real transportation problems for the riding public, while expanding economic opportunity and creating jobs.

However, Uber’s growth has not gone unnoticed by the Colorado Public Utilities Commission and local taxi companies who want to restrict the public’s choice for a reliable, efficient, and stylish transportation alternative. On August 2nd, 16 weeks after Administrative Law Judge Harris Adams proposed rules changes designed to protect the taxi industry, he doubled down on those efforts and recommended yet another set of rules changes to shut down Uber and restrict consumer choice.

Some of the damaging rules that ALJ Adams has recommended for adoption:

Uber riders throughout the Front Range have made their voices heard through 1,000s of emails of support; the Denver Post has resoundingly endorsed Uber as a valuable source of competition for a market ripe for innovation and change; and the FTC has filed comments discouraging the rules proposed by ALJ Adams, comments that were completely ignored.

The Commission will hear our appeal in support of choice and a competitive marketplace where the free market – not regulators – will decide winners.

Colorado is a growing state, full of potential for even greater prosperity. Uber remains ever hopeful and confident that the Commission will side with progress and dismiss these rules changes upon appeal.