After 20 successful years in the publishing industry, Jeremy Miller was looking to mix up his day-to-day routine and try something new. The Oklahoma-native had worked his way from the bottom up at one of the world’s top music magazines. From intern to CEO, he’d seen it all.

“After decompressing from corporate life, I wasn’t even looking for a job,” Jeremy says. “I was just enjoying a few months off and looking to clear my head and figure what it was I wanted to do next.”

One afternoon while working as a part-time substitute teacher in his hometown of Metuchen, Jeremy was job hunting on his laptop during his shift as hall monitor when he came across an opportunity that caught his eye.

“I stumbled across a listing that talked about making money with your car,” Jeremy recalls. “I thought, ‘I’m already making car payments and insurance costs,’ and with such few business costs, why not try?”

Today, the Middlesex County resident drives full-time, enthusiastically picking up riders from “Princeton to Patterson,” as he likes to say, on any given day—but that wasn’t always the case.

“I thought I’d just drive with Uber until I landed a job by shopping my resume, working with headhunters, and going the normal route to finding a job, “ Jeremy says. “After 2 weeks, I felt like ‘this is definitely what I want to do for an extended period of time.’ 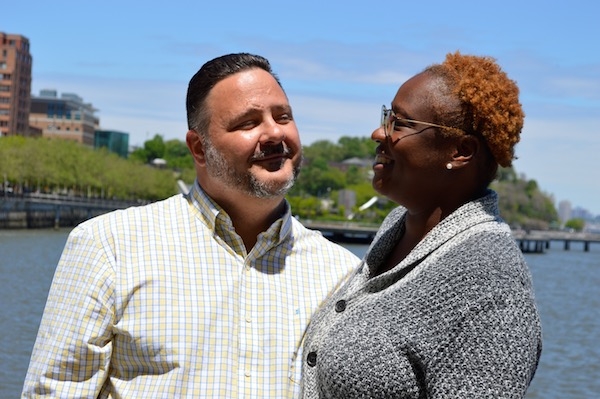 Despite his newfound dedication to driving, Jeremy’s wife Cornelia was not so sure.

“She was skeptical,” Jeremy recalls. “She didn’t believe the earnings from Uber came as easy as I was making it come.’ ”

Driving with Uber lets Jeremy do his real job—spending time with his 3 sons, who have all inherited his love of football. This year, he didn’t miss a single Scarlet Knights Rutgers football game, where his son plays as an offensive lineman. He also made it to all of his youngest’s high-school games, and was able to stop and watch practices whenever he chose for both.

While Jeremy always made it a point to get to his kid’s activities, there is a stark contrast now from his days of balancing family events with his responsibilities as as a New York magazine executive. Instead of constantly taking calls and checking emails, he can enjoy this time “guilt free” and “without worrying about what is going wrong at the office.”

“The fact that I can be design my schedule without any repercussions whatsoever and know that whatever time I take off to attend a child’s function I can make up by driving when I want is the ultimate freedom,” Jeremy says.

Cornelia, who works in corporate event planning, eventually came around too. Today, she drives with Uber as well—earning extra income with the time she has between planning large-scale events and conferences.

As for Jeremy, he’s stopped looking for another job. He loves his routine, driving 5 days a week from the early morning to the late afternoon.

“I’ve made more money in the past,” Jeremy says. “But never such stress-free money.”