Meet Anna, one of our amazing driver partners who has been driving with Uber for the last year and received fantastic ratings and praise from her riders in Stockholm. A really nice highlight on a day like this!

The most important thing to consider, according to Anna, as an Uber driver partner is to be mindful of finding a smooth traffic flow, follow the rules and be the good example in upcoming situations. Also, being aware if and when a Rider wants to sit quietly during a trip or if there is a moment for a lively chat with lots of laughs – everyone and every trip is different.

“I’ve had some memorable trips but one that really stand out is the old taxi driver who told me he stopped ordering taxis because the ‘quality of the drivers’ had dropped so much that it was not worth the money. This was during a ride with me that his son had booked, so he was a little skeptical.”

“But after travelling with me, he was thinking about riding more often, changing his attitude because I had a ‘high level of service’ and he hoped to meet again. By then I had only been driving for about 3 months so it felt truly motivating.”

Anna has now been driving with Uber for about 11 months and before this she was between jobs for 7 years. One of the reasons why Anna chose Uber is, among other things, the fact that she loves the concept of cash-free transport. Much more safe and convenient. The most challenging, though, was to initially learn the city and she still learns, but at the beginning it was extra difficult when she was not born and raised in Stockholm.

Good luck Anna, we’re happy to have you! 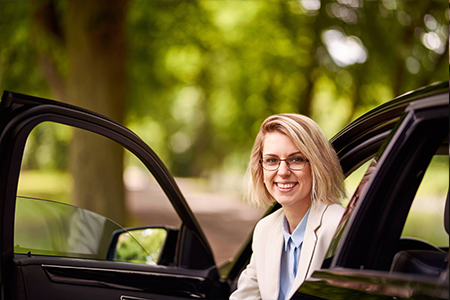 3 Gen Z trends to watch out for: what managers should know