THE CHOICE IS YOURS THIS INDEPENDENCE DAY

Recently, a few politically motivated groups have publicly threatened to shut down aggregator services. They have called for city-wide strikes and resorted to violence, holding our Uber Mumbai and Pune driver partners to ransom by assaulting drivers, damaging cars, and forcibly taking away company-owned equipment (mobile phones).

This Independence Day, when the nation celebrates independence and freedom of its citizens, an entire community is being held hostage. Most disconcerting is that these threats which have been public and well-documented have now turned to wanton acts of violence. We were shocked when one of our partners sent us these pictures just yesterday; and this is only one example from a series of attacks on our driver-partners.

Out of fear, thousands of drivers have been forced to stay off the roads, leaving commuters who rely on Uber and such services for their daily travel stranded while depriving honest driver-partners of their earnings.

The group’s campaign is aimed at pressurising the government to pass laws that could have a damaging impact on the aggregator industry in Maharashtra, causing the loss of tens of thousands of jobs and earnings for drivers and reliable, safe and affordable transportation choices for the city.

We examine the proposed regulations, their regressive effect on the freedom of choice and equality and our position is explained below.

A proposed restriction on fares is being contemplated which could effectively have a high price floor intended to protect the taxis and autos from competition and a price ceiling that will deprive the city of reliable transportation when most needed. This will result in: 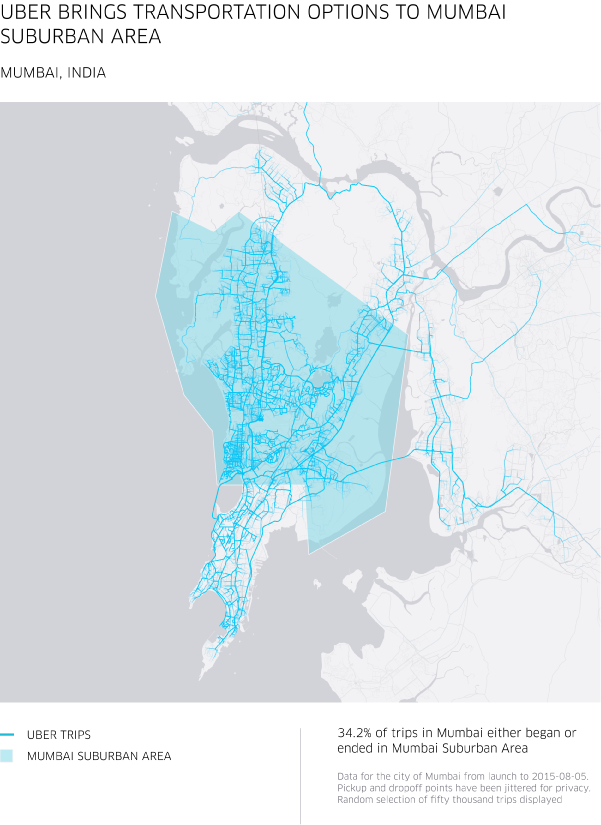 There is pressure to enforce a rule that would allow the issuance of a Public Service Vehicle badge to only those applicants who:

This would adversely affect tens of thousands of honest and hardworking drivers who will lose their livelihood with a far-reaching negative impact on the lives of their families. This is contrary to the Constitutional mandate of ensuring equal opportunity and treatment to all citizens.

The service will become less reliable and more expensive as a result of shortage in supply of cars to meet the city’s demand.

Innovation and technology pioneered by companies like Uber brings about better service and safer transportation and greater opportunities. For our partner drivers, Uber is about independence from low incomes, inflexible schedules and lack of opportunities toward a journey of entrepreneurship. For riders, it is independence from lack of accountability, reliability and choices in their transportation. We have always believed in principled and inclusive growth and equal opportunity for all.

Hundreds of former taxi and auto drivers have taken advantage of our technology platform through unprecedented access to affordable financing programs (buying cars for as little as Rs. 25,000 downpayment), and giving themselves and their families access to better livelihoods.

We condemn the use of intimidation or violence to seek change. Uber stands firmly by the government to create sector-specific regulations for aggregators that are progressive and continues to be willing to engage in constructive dialogue and consultation to make regulation that benefits the community of riders, drivers and the city.

As we celebrate our 69th year of Independence, make your voices heard – innovation and progress is about making citizen-centric decisions by putting the interests of the larger community first.

Discover exclusive offers on Paytm for Uber like never before.