Uber Canada is excited to announce that Michael van Hemmen is the new General Manager of Canada Mobility. 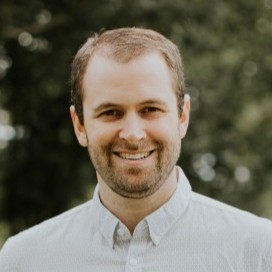 Michael joined Uber in 2015 as a Public Policy Manager in Canada, before going on to lead operations in western Canada. In 2020, Michael took over as Head of City Operations across Canada, managing the localization of Uber’s business in 140 municipalities. As interim General Manager over the last six months, he has led the mobility business through the rollout of a partnership with Aeroplan, its expansion in Quebec, the implementation of Uber’s agreement with UFCW, and supporting drivers with record-high prices at the pump by introducing a temporary fuel surcharge.

Prior to Uber, Michael led mid-range planning for a division of an international resource company, and served as Director of Policy for federal Transport Ministers. Michael was born and raised in British Columbia and is the proud father of three.

“Michael is an enthusiastic leader who will ensure Uber remains at the forefront of mobility in Canada. We will continue to accomplish great things in Canada, and I’m excited for Michael’s leadership to help get us there,” said Dennis Cinelli, Vice-President, Head of Mobility for US and Canada.

On his new role, Michael said, “It’s been incredible to see Uber evolve over the past ten years from a startup that connects you to a Black Car to a fundamental part of urban transportation across Canada, and it has been a privilege to be part of its expansion and growth for the past seven years. I’m excited about taking on this new role as General Manager. The team has been doing a great job, especially through the pandemic, as we continued our focus on reliability, affordability, and safety. We are focused on Uber’s continued growth in Canada as we introduce more options to reduce reliance on personal cars, more ways to support drivers on the platform, and move toward a fully electric platform.”