Uber Eats will use the Australian Open as the springboard to unveil our highest profile comedic talent yet, designed to bring joy to sporting fans while promoting the selection of restaurants available on the platform.

Academy Award winning comedian and creator of Borat, Sacha Baron Cohen, will front our “Tonight I’ll Be Eating for Love” campaign – which is a new interpretation of an award winning formula – a staple of the Grand Slam for a third year.

To celebrate the creative collaboration with Uber Eats the Brit has invented a new character he’s christened as the Rogue Umpire. The cheeky saboteur will appear on screens and billboards for the fortnight of the tournament, starting from today.

Famous for the loveable Kazakh journalist Borat Sagdiyev as well as Bruno Gehard, Ali G and countless other iconic characters, the celebrated comedian is now turning his attention for the first time to an Australian identity – channeling a sporting enthusiast hailing from Victoria.

Fresh off a string of Golden Globe nominations, the Hollywood superstar succeeds in bringing to life an ocker umpire, adorned with a handlebar moustache, peroxided hair, a green and gold sweatband and sporting diamond encrusted bling. While the costume and makeup conceal the actor’s true identity, there’s little to cover up his passing interest in the rules of tennis. His only dedication is keeping the score at “love” for as long as possible.

In the premiere segment the Rogue Umpire collides in a hilarious tangle with Australian tennis sensation Nick Kyrgios – inflicting a series of audacious fictional faults – “inappropriate serve violation, shaking your head violation,” before reaching a cheeky climax – “Just chill out Mick, it’s only a bloody game,” he says while scrolling the Uber Eats app.

In a later segment, when quizzed by Kyrgios about his grasp of the game the Rogue Umpire responds, “I am the umpire – I am the rules.”

Several hilarious head to heads ensue and will premiere as part of the official Australian Open broadcast, featuring the Rogue Umpire taking on some of the biggest names in tennis.

Uber Eats will use our instagram account to post a code that unlocks free menu items from selected restaurant partners every time the point score is at love during the Australian Open. When there is no longer love on the scoreboard the code will disappear.

There will be thousands of free menu items up for grabs throughout the tournament, although delivery fees will still apply.

Uber Eats is the Official Online Food Delivery App and Uber is the Official Ridesharing Partner of the Australian Open and will mark the three year affiliation with the world class sporting event by inviting hundreds of the top rated Melbourne-based bicycle, car and motorbike delivery people to witness the action with 500 tickets earmarked for the first Grand Slam of the year. 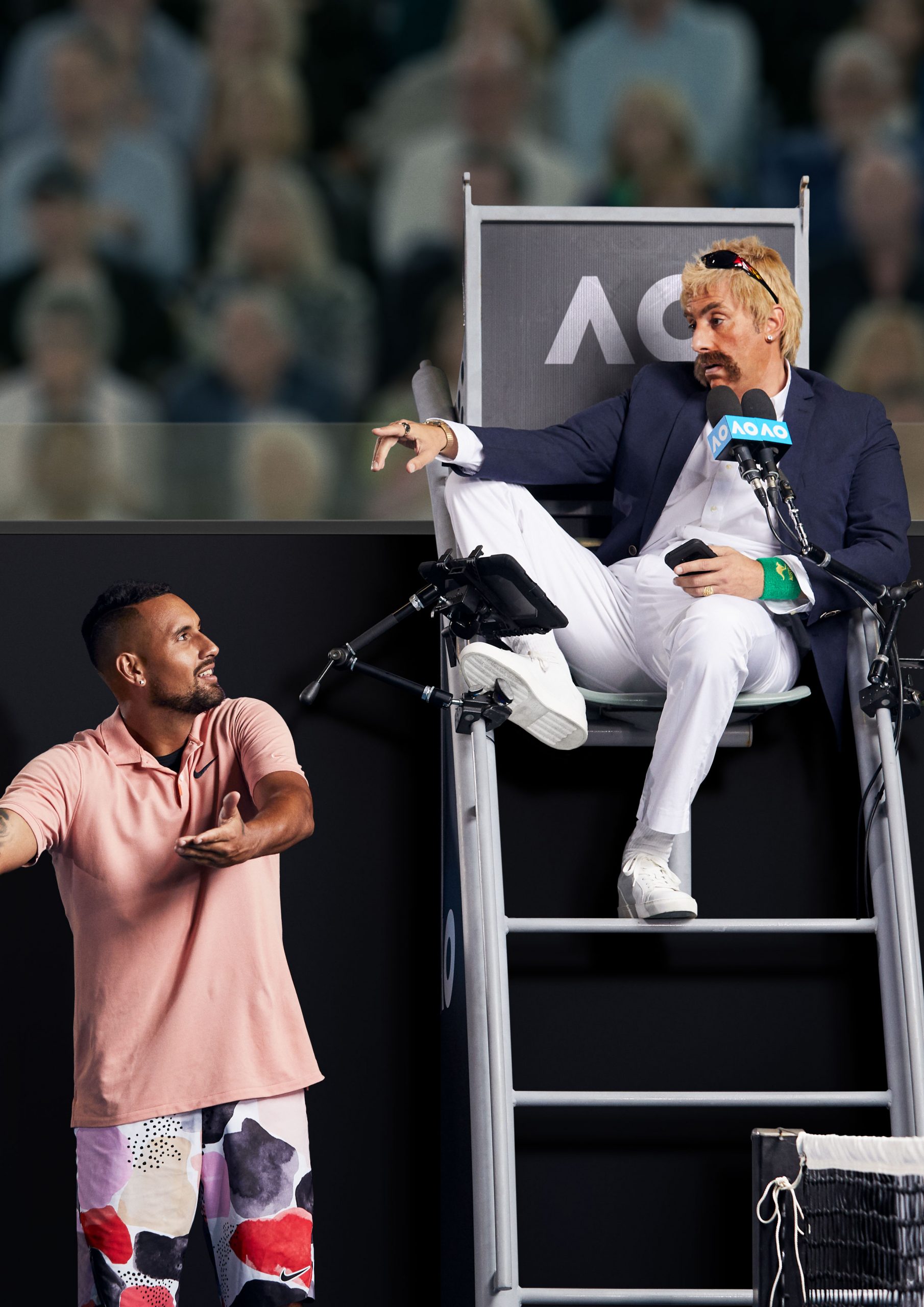 Email
We use cookies to provide a personalised and secure experience for users. You can learn more in our Cookie Statement.