Uber Eats has unveiled their most unlikely lineup yet with Paris Hilton joining the Irwin Family as Australia Zoo’s newest hire.

Hilton’s haute couture wardrobe and antics as an animal handler are in stark contrast to the khaki threads of her overly enthusiastic – and at most times patient – adopted Australian family headlined by Bindi, Robert and Terri Irwin.

The American heiress gets her perfectly preened nails dirty cleaning out animal cages and undertaking a series of ‘big sister’ tasks as part of her “zoo fam” that leaves the entire Irwin family with little other than “Crikey Paris” to say.

“The Irwins have become my ZFFs – they’re my zoo fam forever. It was so much fun filming these segments with them. I really hope the audience finds the commercials as joyful as I found filming them!” said Paris Hilton.

“Paris and I definitely have a shared love of animals. Paris is welcome to don her pink khakis anytime she’s in Australia and spend time with our beautiful wildlife on her next visit.  She’s a great mum to Diamond Baby and her other sweet pups,” revealed Bindi Irwin.

The unlikely quartet are joined on the silver screen and in out of home artwork by a scaly, feathered and furry supporting cast that includes snakes, chihuahuas and oversized birds.

The first trailer, which premiered in Australia on Sunday May 8th, sees Paris unveiled as the latest member of the Australia Zoo family. Quick to make herself at home she sets up her adored chihuahuas in their own enclosure – not realising that there are already scaly inhabitants lurking there. Paris could quip “That’s not hot,” as fictional carnage ensues with her prized pooch Diamond Baby at the centre of the drama.

In another clip the American reality star and legal advocate is seen stretched out snapping selfies on a sun lounge, floating in a crocodile enclosure as Robert Irwin distracts an enormous crocodile snapping its jaws just metres away. When Robert pleads “Paris you’re meant to be helping” to the laissez faire attitude of the Hollywood favourite in one ending she nonchalantly responds – “Hello, I’m helping with your image.”

“People following the storyline will see that families really can come together around shared experiences. While things start off a little uncertain with Paris, by the end of the campaign the relationship goes full circle and we are adopted into her family and she’s welcomed into ours as an honorary Irwin,” shared Robert Irwin.

The remaining scenes will show Paris in equally testing environments with her Australian family and the supporting animal cast, all of whom quickly welcome the American into their lives until she is officially crowned a “Z-F-F” [zoo fam forever]. 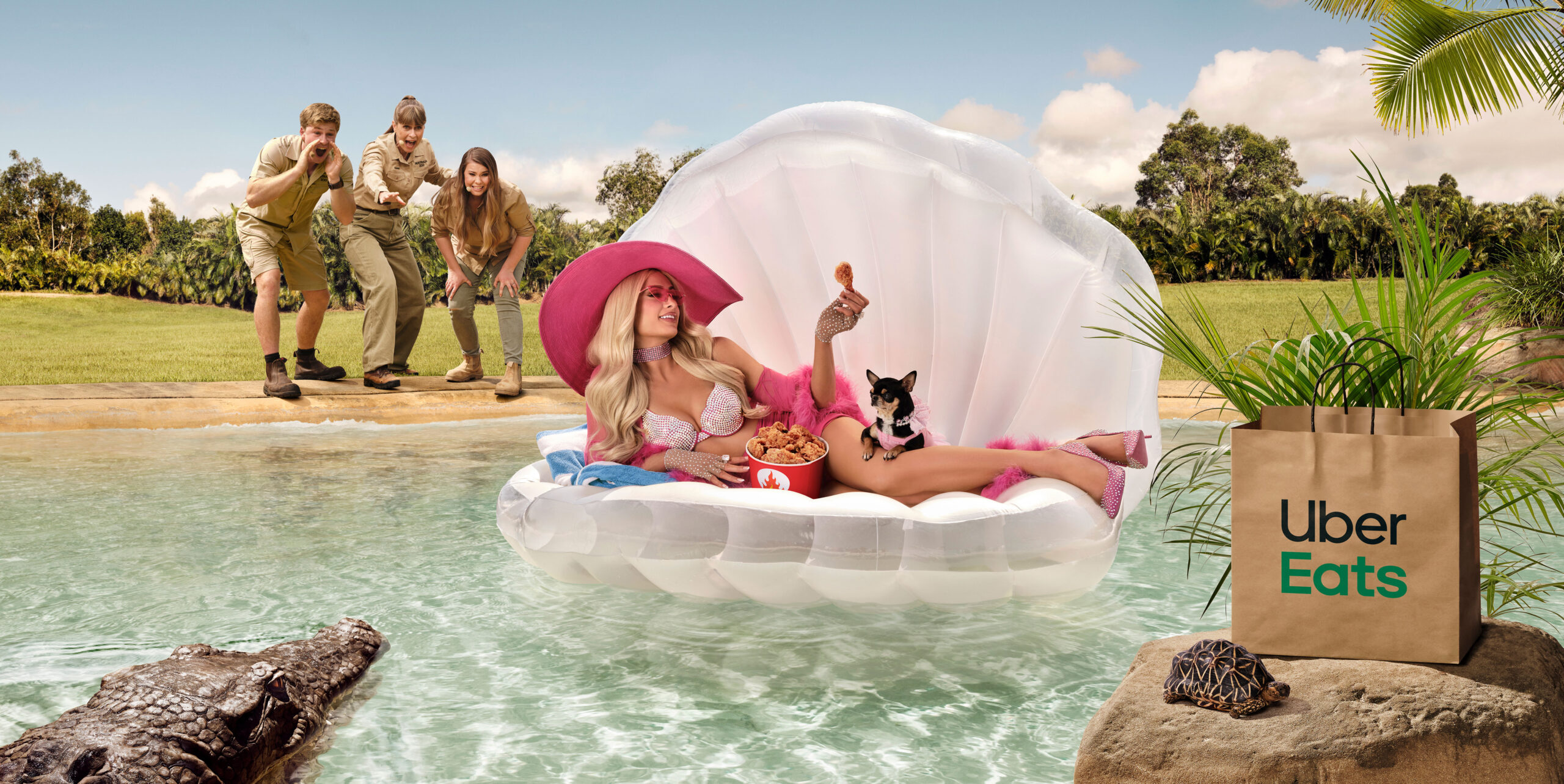