Whether you’re visiting Parliament House, cheering on the Brumbies and Raiders or heading out for a drink with friends on Lonsdale St – getting around the nation’s capital is now a whole lot easier.

With uberX hitting the road in the nation’s capital today, Chief Minister, Andrew Barr, took the inaugural ride as Canberra becomes the first city in the country to openly welcome ridesharing through the introduction of sensible, safety-based regulations.

Thanks to the leadership shown by the Chief Minister and the ACT Government, the people of Canberra can now access safe, reliable and affordable rides at the touch of a button. 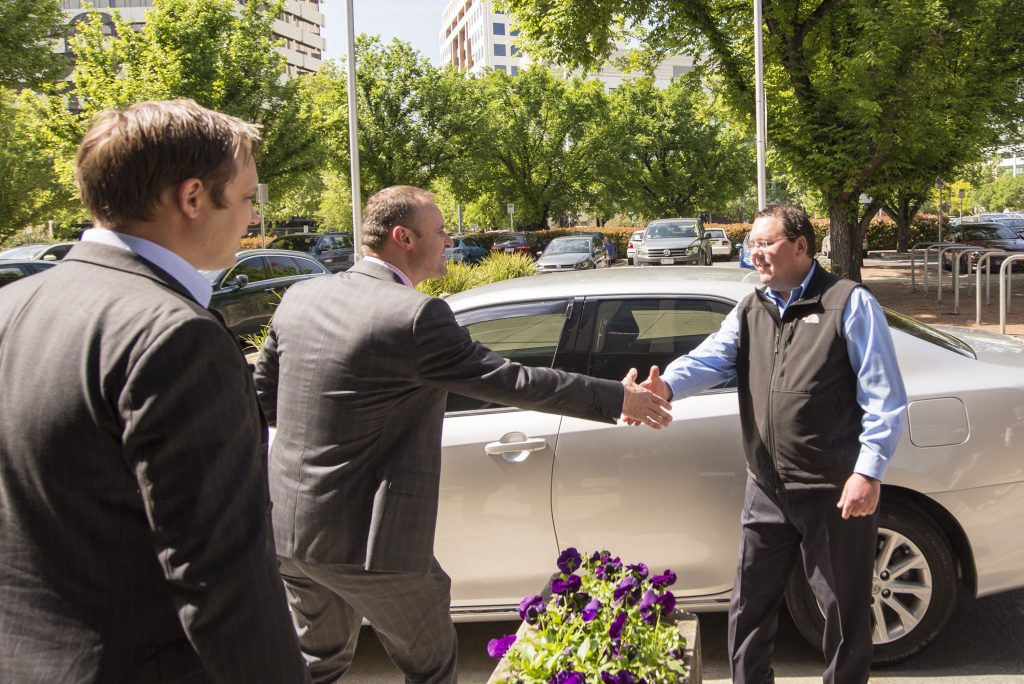 “The ACT Government supports the introduction of ridesharing in Canberra to improve transport in our city.  Services such as Uber offer a new way of getting around – using new technologies to provide more choice for consumers and to boost the productivity of our economy.

I’m pleased we were able to work with Uber to design and implement a clear and light-touch set of regulations for ridesharing services. These are world-leading reforms and I hope other governments around the world follow in our footsteps.” – ACT Chief Minister Andrew Barr.

It’s time for other State and Territory Governments to now take the ACT’s lead, listen to the millions of Australians calling for reform, and embrace safe, reliable and affordable transport alternatives in their cities without delay.