Uber Eats has unveiled an ambitious new creative platform that allows people to choose their own adventure while they watch The Australian Open.

The campaign designed especially for the first Grand Slam of the year sees the return of World Number One and freshly minted Wimbledon champion Ash Barty and compatriot and David Cup star Nick Kyrgios alongside the voice of summer, commentator Todd Woodbridge.

There are three creative spots which all culminate in a moment of conflict. The trio of adverts will be featured in the AO broadcast and online during the tournament, with the audience given the power to decide on nine different endings available on demand based on their vote.

Former Australian of the Year Ash Barty finds herself on centre court when the lights suddenly go out. The audience is left to rescue the all conquering Aussie from her predicament by choosing an ending that relies on carrots, batteries or candles with the audience making their selection by picking the corresponding QR code in the end frame.

Each dramatic resolution sees the world’s best female tennis player in genre bending scenarios from a seance that summons Pat Rafter’s ponytail, to a night vision exploration that spotlights some odd behaviour by the audience and finally a nod to horror buffs with a looming set of twin ball people stalking the tennis ace.

“It’s great to work alongside a brand that is continuing to push the limits in creativity. This ad is a bit different to what we have done in previous years – filming a single commercial – but hopefully it’s one the audience will enjoy. My spot ends with a cliffhanger and the audience has the power to choose their own adventure. I think giving fans more control is a great way to build engagement for Uber Eats to show off their new grocery offering,” said World Number One Ash Barty.

For Nick Kyrgios his moment of conflict erupts in ball busting anger when the umpire makes a call against him. In three different resolutions viewers will have the freedom to decide whether to choose chocolates which unlock a montage that is a homage to the most romantic moments in film, a relaxing bubble bath or a blissed out trip to a euphoric world where tea is the gateway to adventure with Nick remarking – “I’ve had tea, but I’ve never been tea.”

“I’ve been enjoying Uber Eats for years but this new grocery offering is a game changer – if the moment calls for a celebration you can also get some drinks or snacks. This new campaign shows in a humorous way how Uber Eats is there in more moments of everyday life,” said Australian tennis star Nick Kyrgios.

All nine endings are designed as a nod to the expanding choice and wide range of items available on Uber Eats which continues to extend the delivery offering as it cements its status as the platform to get anything from batteries to bath salts to banh mi.

“The Australian Open is the first world class event of the year, and we have a history of innovating and pushing ourselves to bring new ways to engage with viewers and attendees. Uber Eats is now exploding with choice, from restaurant meals to fresh fruit and vegetables, alcohol and even personal care items available through the platform. Given we’re delivering increased categories and more choice than ever it makes sense that we reflect that in our creative by giving our audience the freedom to choose their own adventure, whatever mood they might be in,” said Head of Marketing (Delivery), Uber Eats ANZ, David Griffiths.

‘We are chuffed to continue our partnership with Ash and Nick, they’re all class on court but like Todd Woodbridge their creativity has really shone through in these nine spots. They were all a heap of fun to create and we hope that audiences love discovering all of the marvellous moments hidden in each of the endings that they can pick from. My favourite is the pen ending. I haven’t laughed that hard in a long time. To me these spots are perfect,” said Griffiths in a nod to one of the endings. 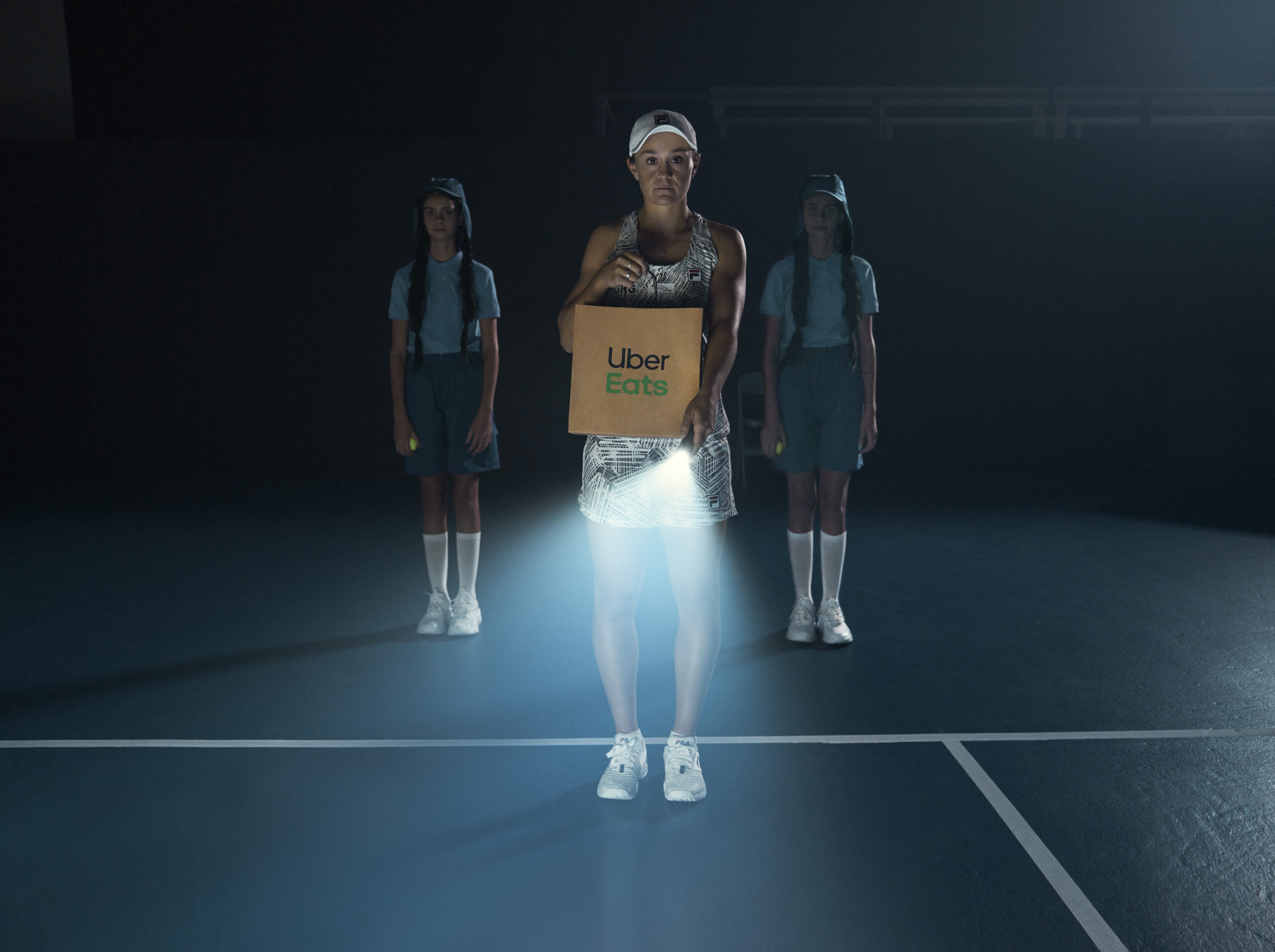 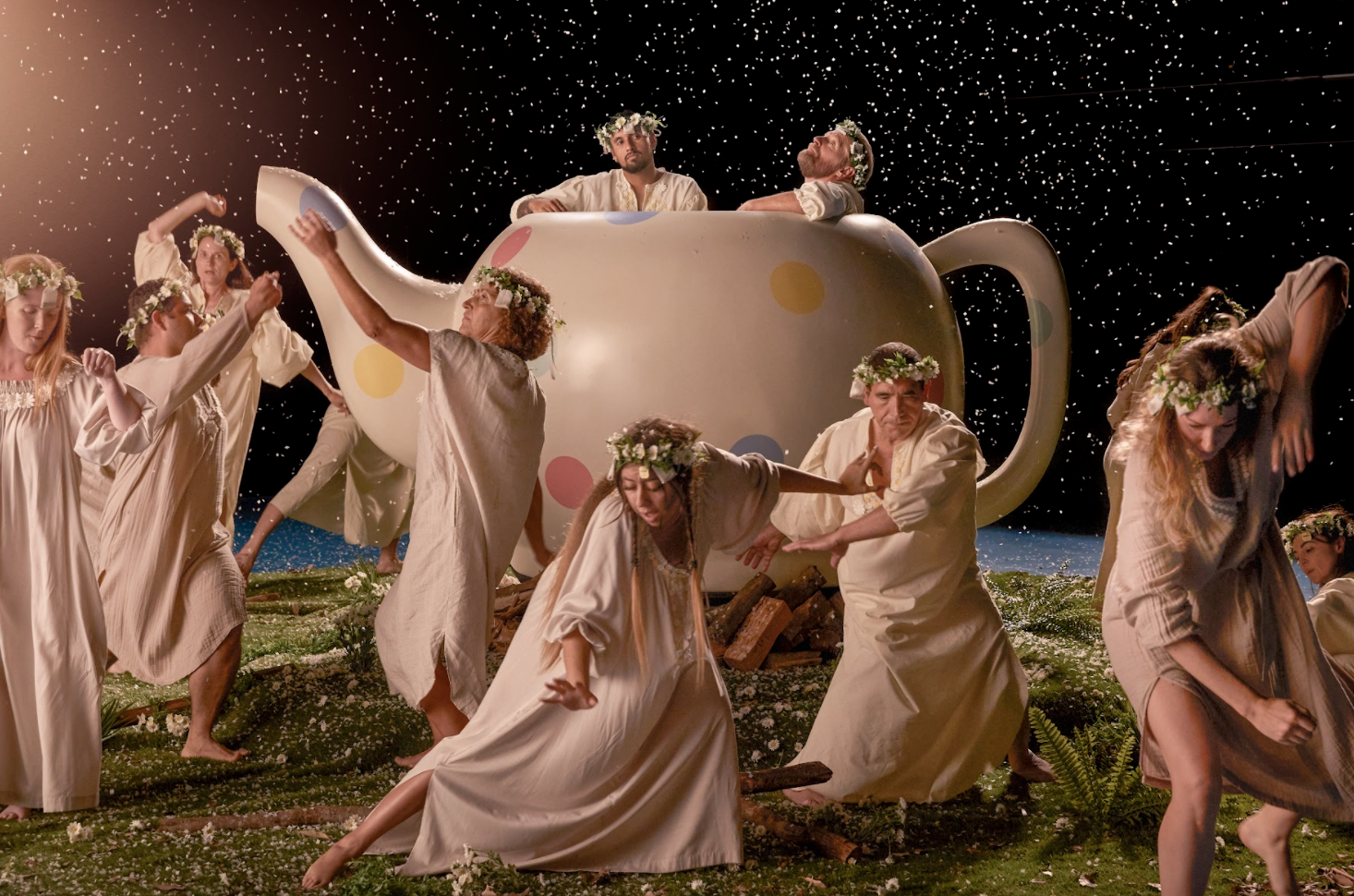