Unlock the night with the tap of a button

Get $10 off Late Night Rapid trips for a limited time

Move through the city with ease — with Uber and Transport Canberra.

We’re teaming up again with Transport Canberra to expand our local transport reach, so you can get to and from the city reliably during weekend nights.

Simply tap a button and request an Uber ride to and from your closest Late Night Rapid bus stops on selected Friday and Saturday nights. The best bit? You’ll get $10 off your trips from eligible suburbs at eligible times (limited to two times per day).

How to request a Late Night Rapid trip and get $10 off: 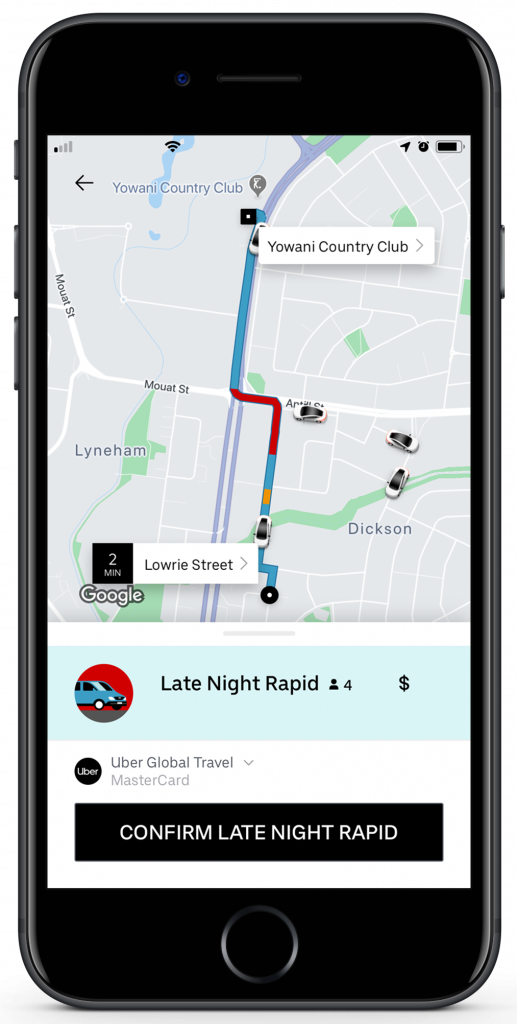 Trips are eligible if they are taken to and from anywhere within eligible zones, to a bus stop within the same zone. ‘Late Night Rapid’ will appear in your app if the trip is eligible for the automatic $10 discount. This discount will not apply if the Uber trip is booked from the zone that is not highlighted on the attached map.

Get $10 off trips to Late Night Rapid bus stops between 2:00pm and 3:00am on the following dates: