Today we’re proud to announce a partnership with DrinkWise Australia, to help Australians make safer and smarter decisions when drinking on a night out.

Through this collaboration, Uber and DrinkWise will raise awareness of responsible drinking and the importance of increasing access to reliable and affordable transport late at night in our cities.

The partnership launches with the release of new data highlighting how access to safe and reliable rides has helped hundreds of thousands of Sydneysiders make better, smarter and safer choices when it comes to getting home after a night out.

“DrinkWise is committed to helping Australians make better choices when consuming alcohol and the Uber platform provides a great way to do this.”

“It’s reassuring to see patrons of Sydney’s bars, clubs and restaurants are leaving their car keys at home and making responsible choices through using Uber”

Getting home safely after a night out

Every year in Australia, hundreds of people are killed in car crashes that involve a drunk driver.  And globally, the World Health Organization estimates that 30 to 40 percent of road deaths are caused by alcohol.

Not surprisingly, most alcohol related incidents happen late at night, over the weekend – exactly when it’s typically been hardest to get home, because in many cities public transport shuts down or is severely limited at night, while taxis are also few and far between.

Services like Uber – where passengers push a button, whatever time of day it is, and get a ride in minutes – are helping change all this.

In almost all the cities where we operate, Uber’s rush hour is not first thing in the morning or at the end of the day when people are getting to and from work, but late at night when bars close. Our busiest times each week are typically Friday and Saturday night, when the supply of other forms of transport is at its lowest. 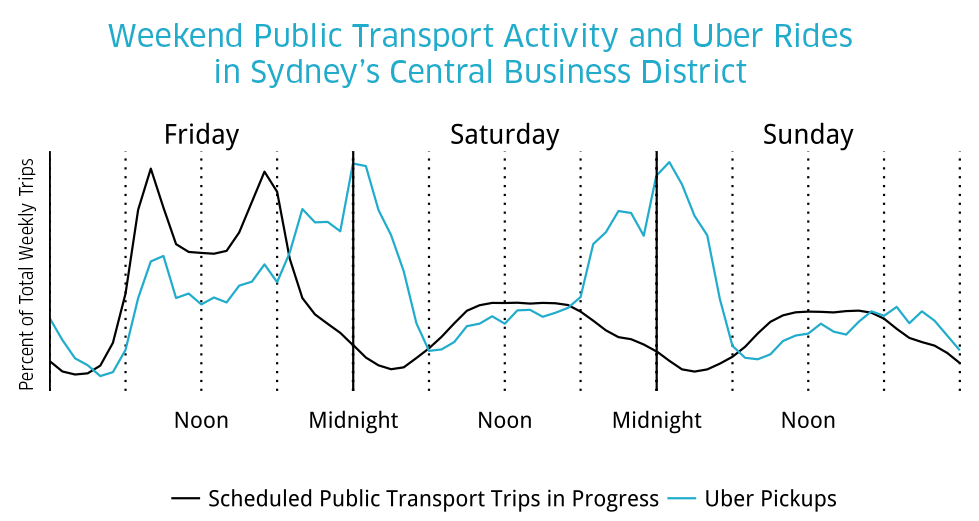 In the last three months alone, ridesharing has helped over 200,000 Sydneysiders get home safely after a night out at the weekend.

In fact, in Sydney a much higher proportion of Uber trips on Friday and Saturday nights are requested within 25 metres of a licensed venue, than trips requested from elsewhere in the city.

This is trend we’re seeing not only in Sydney, but in cities across the country. 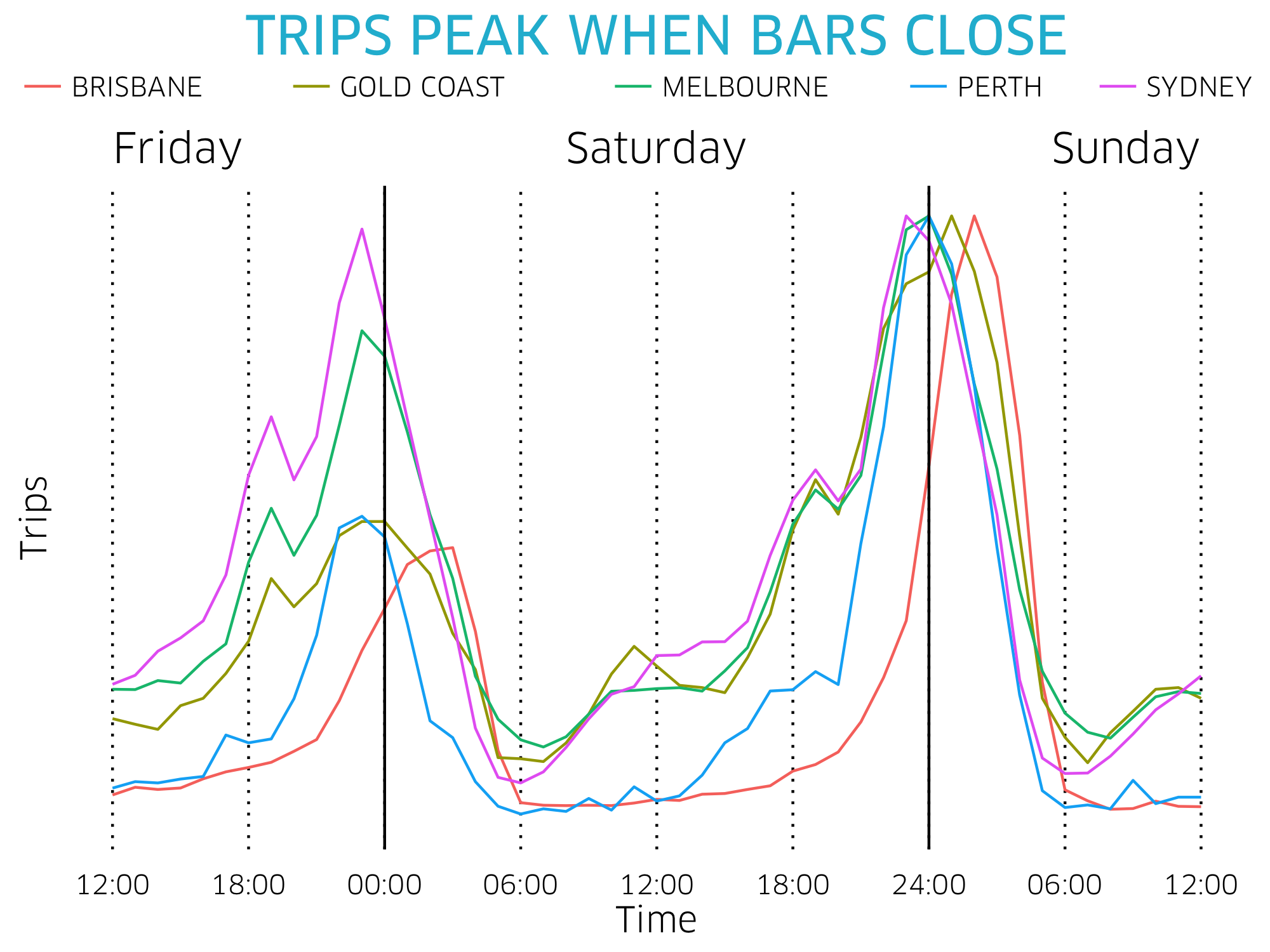 We’ve seen first hand that when faced with a reliable alternative people are less likely to drink and drive after a dinner or night out. In California, for example, a Temple University study found cities where Uber operates have 3.6%-5.6% fewer drunk driving deaths than cities without access to ridesharing.

Ridesharing services like Uber are changing the way people think about drinking and driving. By providing a safe and reliable ride at the push of a button – no matter the time or place – ridesharing is helping make our cities better connected, easier and safer places to get around.

‘DrinkWise’ and Uber on Australia!

From your front door to the stage door, don’t miss a minute of festival action — with Uber and the Adelaide Fringe Festival

Fuel your business with Uber Eats

Increasing rates in your city to boost your earnings per trip

5 Ways to Build Customer Loyalty with Delivery or Pickup