Today marks a big milestone for Uber. It is the culmination of everything we’ve done over the last 18 months and the cornerstone for the next phase of the company, making Uber a global transportation and logistics brand. I’ll start with the big news, and then provide some color behind it.

and now for the color… 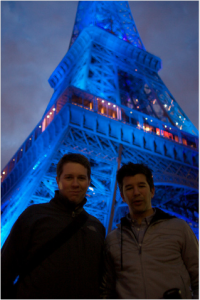 A little known part of the Uber story is that the original idea for Uber, the conceptual founding happened in Paris at LeWeb in December 2008. We like to say that Uber was “founded” in Paris with Loic & Geraldine LeMeur’s LeWeb conference providing the inspiration. It is because of our origins that it is so exciting to make Paris our first city outside of the U.S.

Here are some interesting numbers:

As we started expanding, it became clear that individual cities were the unique factor in our launches. Each city is unique in its transportation pain points, its density, its transportation alternatives, regulation, even its transportation culture. As we did more research we found that there were “classes” of cities that were not based on country. Case in point, Paris is much more like San Francisco in terms of car service transportation, than New York is. This realization meant that traditional thinking around domestic first, international second, just didn’t apply. Furthermore, the advent of a sophisticated “cloning” and copycat industry means you need to move fast to stake your claim on the global stage.

Investing in the next phase 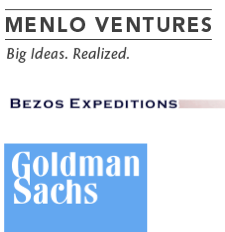 Rapid global expansion means having the fuel in the tank to take things up a couple notches.  That’s in terms of people, but also the op-ex to get cities launched. We aspire to build an urban logistics fabric in every major city in the world – and we now have the traction and proof points to give our dream a shot at reality. So our Series B which we just recently closed includes Menlo Ventures, Goldman Sachs, and Bezos Expedition (Jeff Bezos’ personal investment fund). Benchmark and Lowercase both participated. I also wanted to do a special shoutout to newly minted VC, Shervin Pishevar from Menlo Ventures. He breaks the mold of how a VC rolls, brings big heart & passion and I think could quickly become one of the most sought after VCs out there (you heard it here first).

Well that’s the news, back to work getting more supply up in Paris… they’re loving Uber out here!