Trending in Singapore: This year’s movements and meals, according to Uber and Uber Eats

You can tell a lot about countries and cities by how they move: where do people spend their weekends? Which dishes are most ordered and when? We’ve uncovered some interesting trends that have made 2017 yet another year to remember. 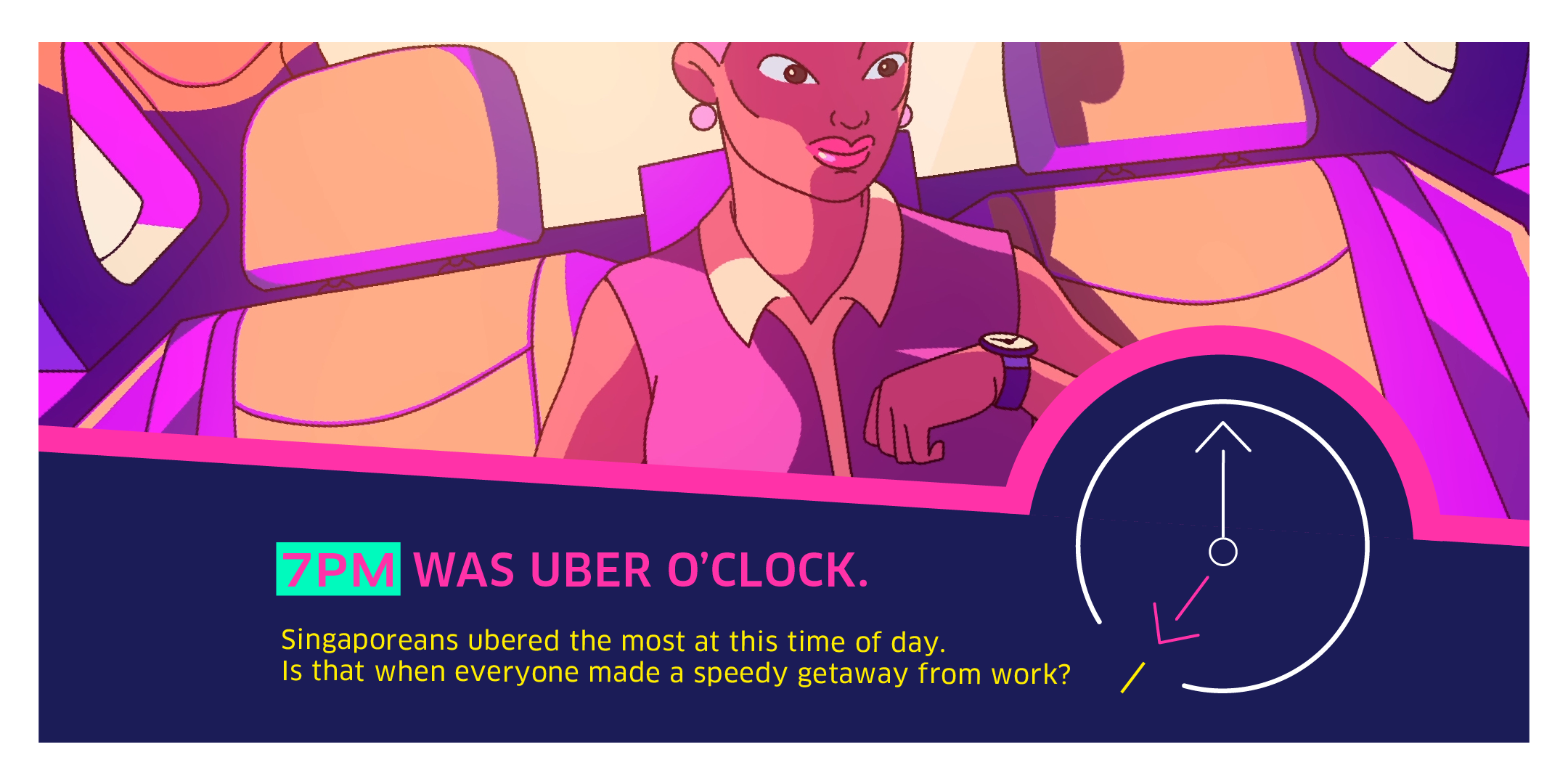 Timing is everything. 7:00 pm means a lot of things to different people in Singapore: chow time with family and friends, date night shenanigans, post-work supermarket runs — the works. Singaporeans took the most trips at this time of the day, suggesting that we knock off from work at 6:30 pm onwards before plotting a speedy escape. 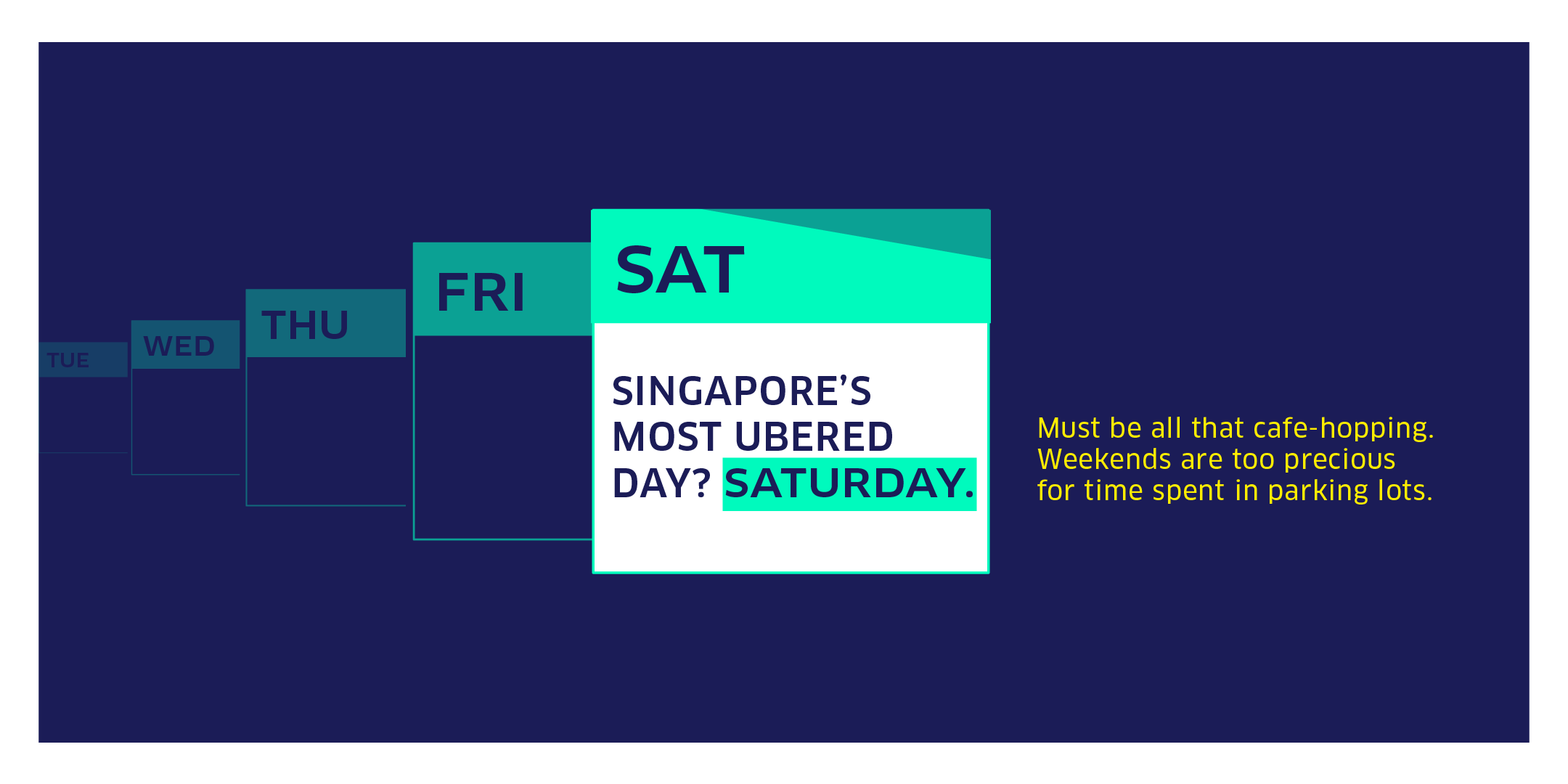 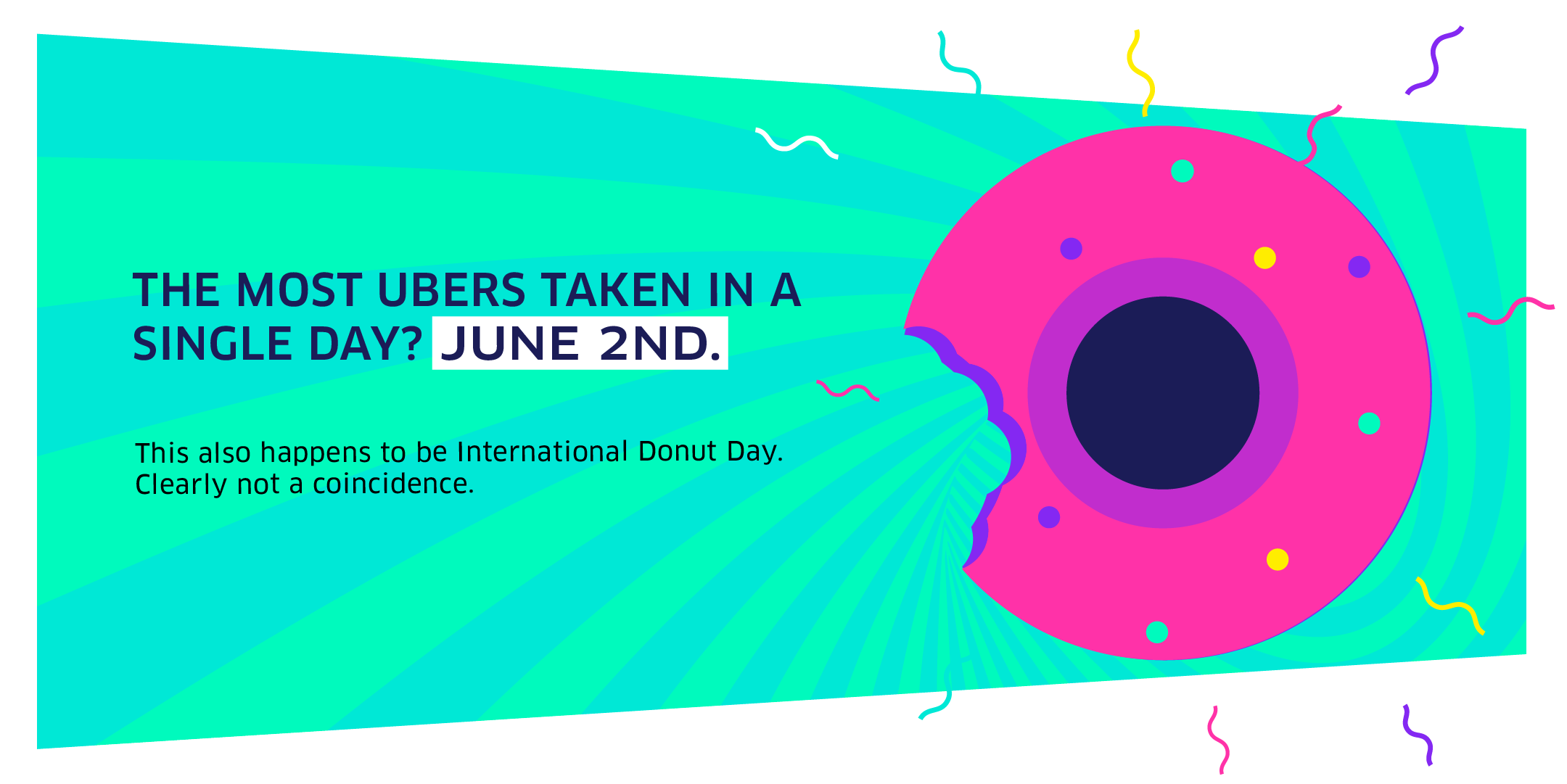 But Saturday is when things get really hectic. Singaporeans definitely know how to max out their weekends. This year, the most Ubers were taken on the 2nd of June, which also happens to be International Donut Day — coincidence? We’ll let you decide. 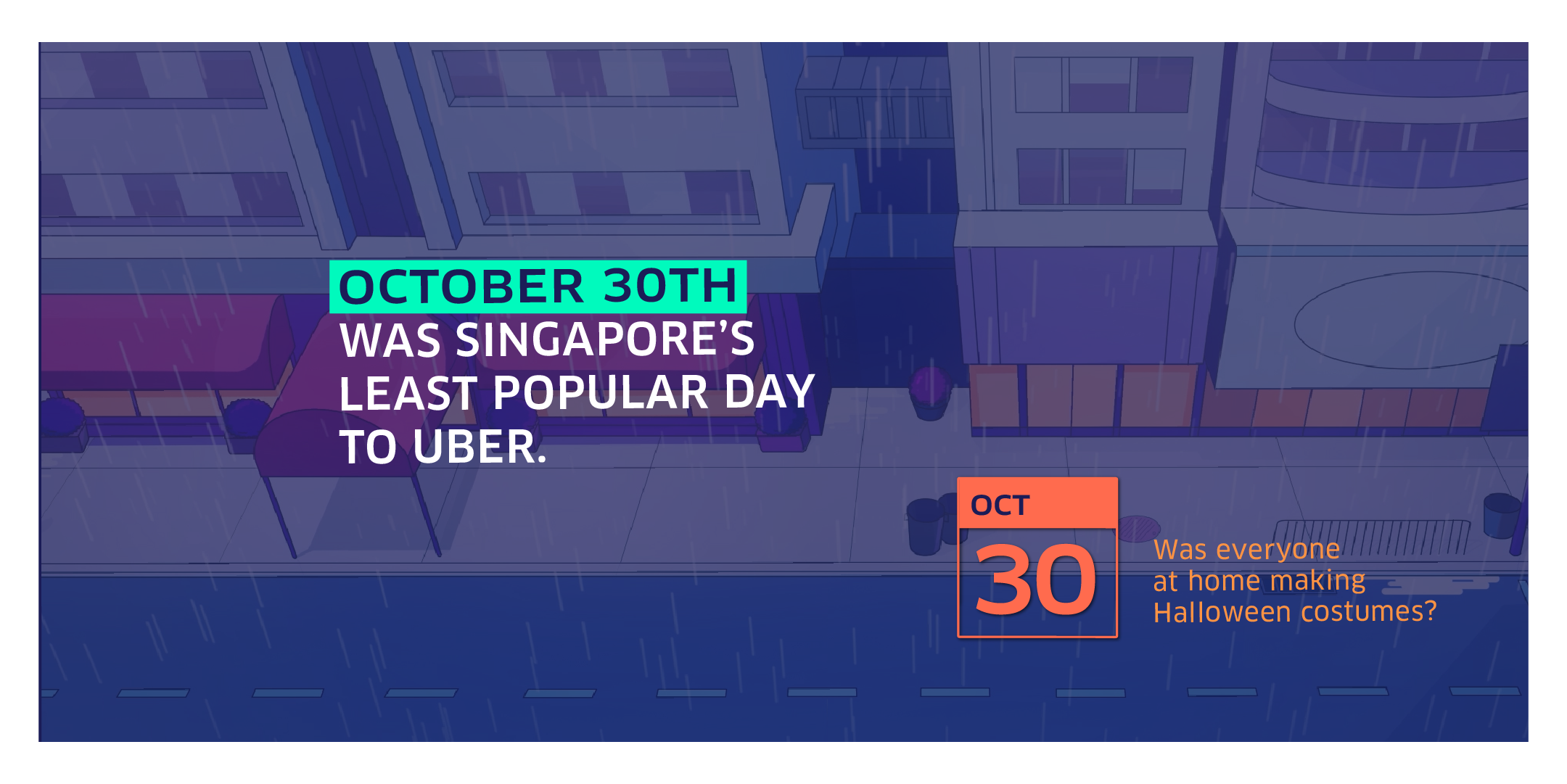 Monday, 30th of October was the least popular day to ride, which probably saw some of us at home making costumes a day shy of Halloween. 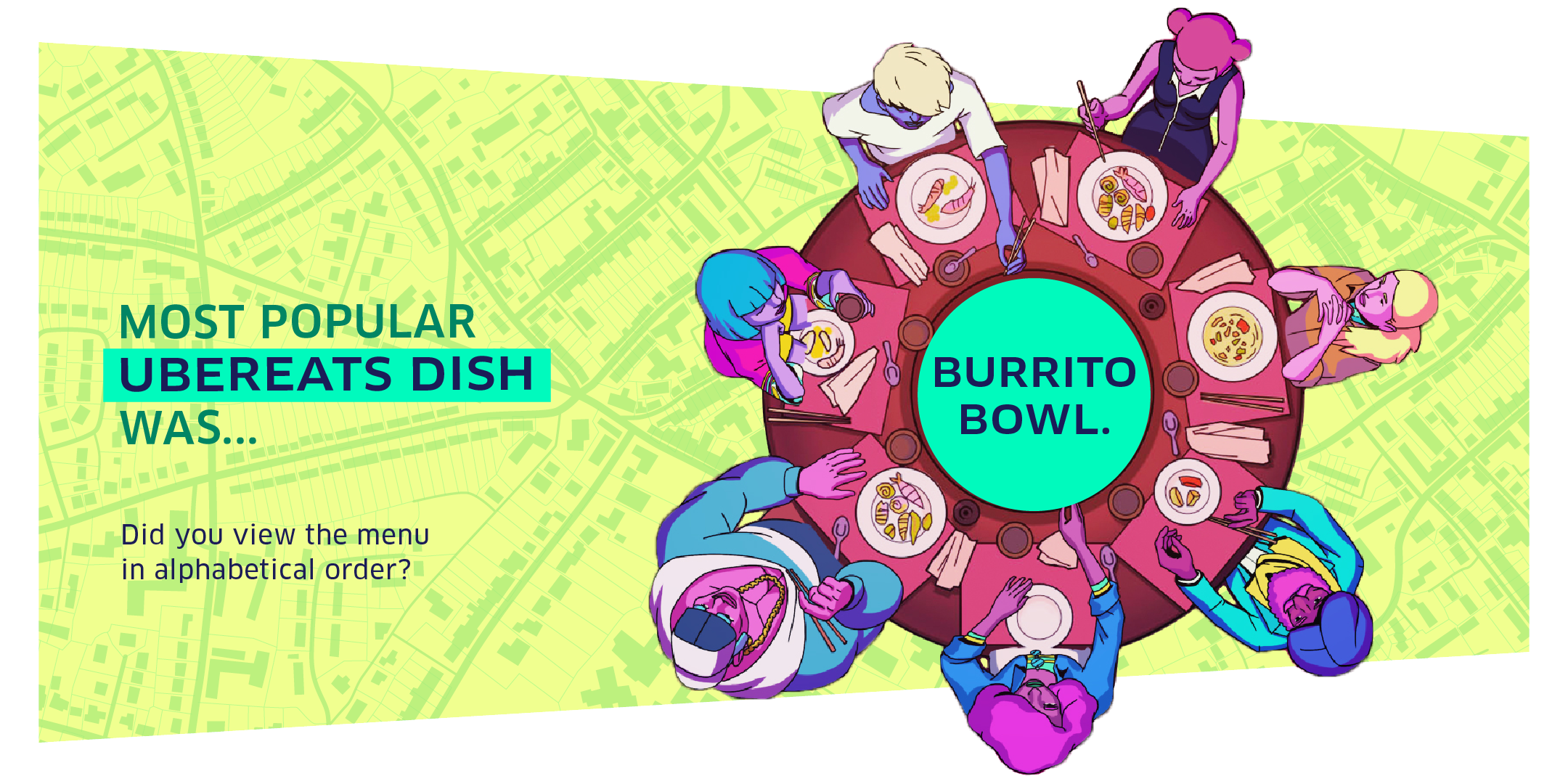 Meanwhile, Uber Eats data showed how Singaporeans take their food seriously. The most ordered dish on Uber Eats was Burrito Bowls while the biggest date for food delivery orders was 22nd October, the Sunday after the Backstreet Boys’ ‘Larger than Life’ show. 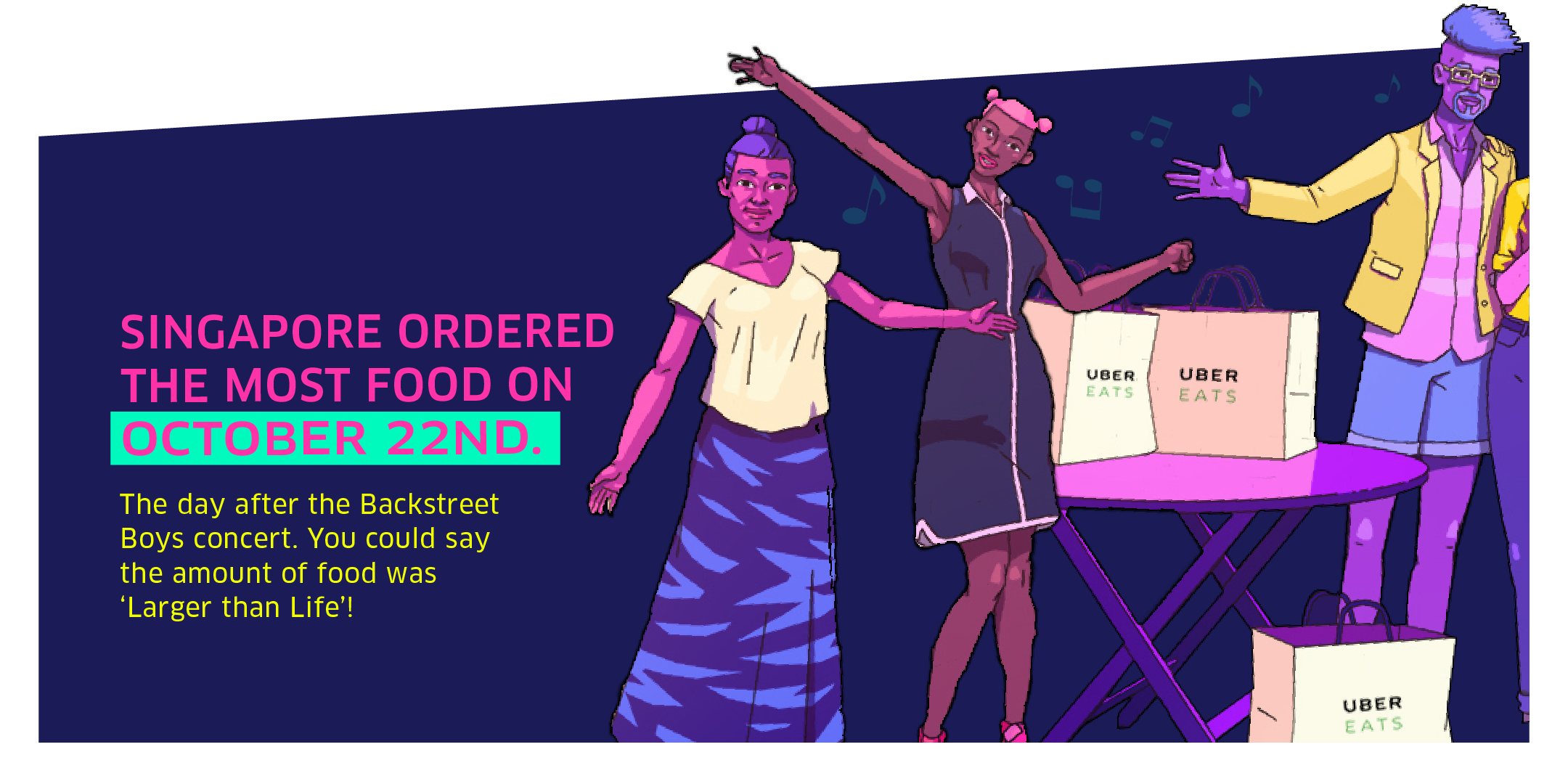 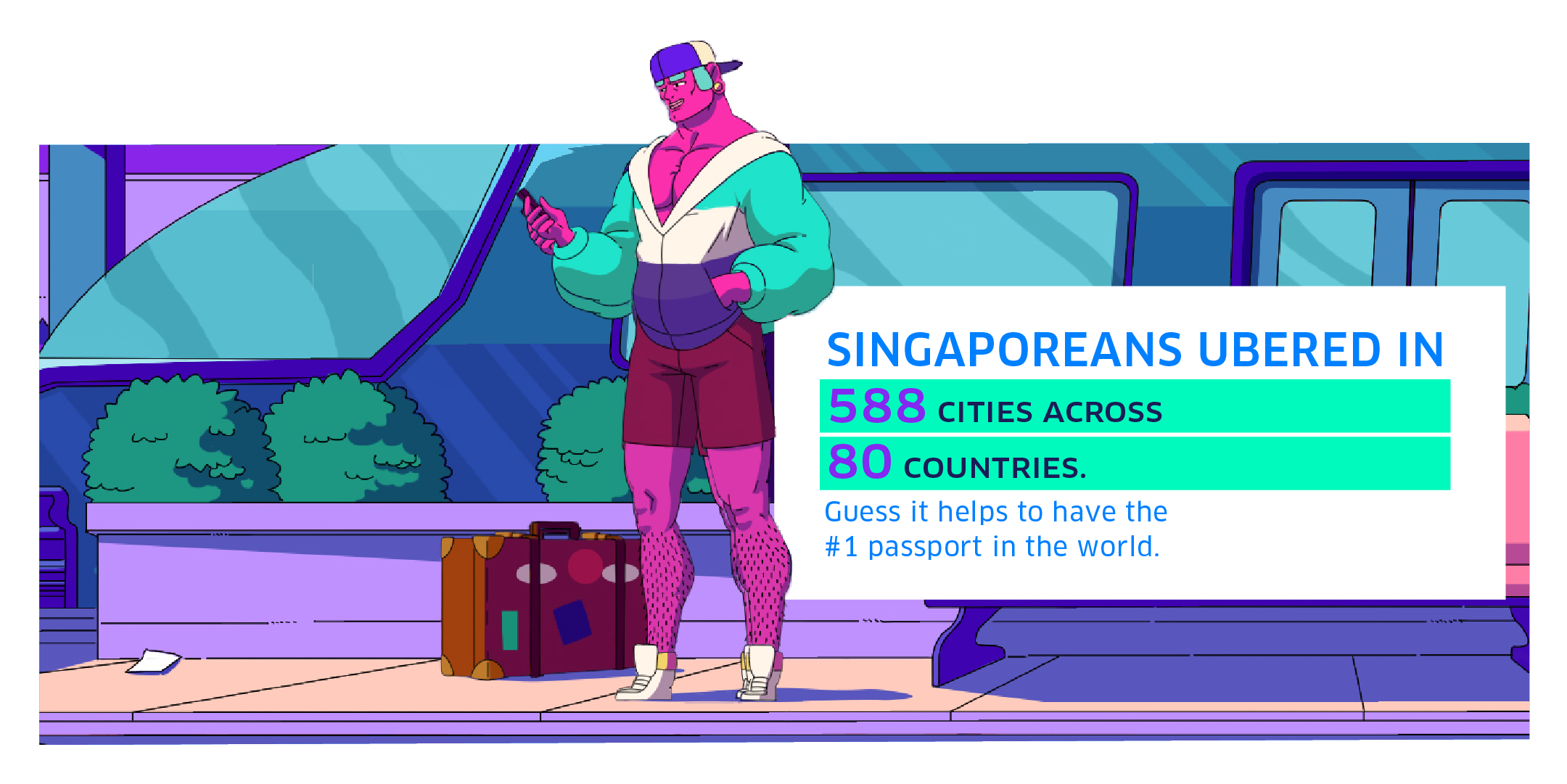 Wanderlust clearly runs through a Singaporean’s veins, with Uber being used in 588 cities in 80 countries. Of course, it helps that we reportedly have the #1 passport in the world. Popular countries to visit among Singaporean Uber users include Malaysia, Thailand, India, Australia and USA, with the latter coming out tops as the most popular holiday destination this year. 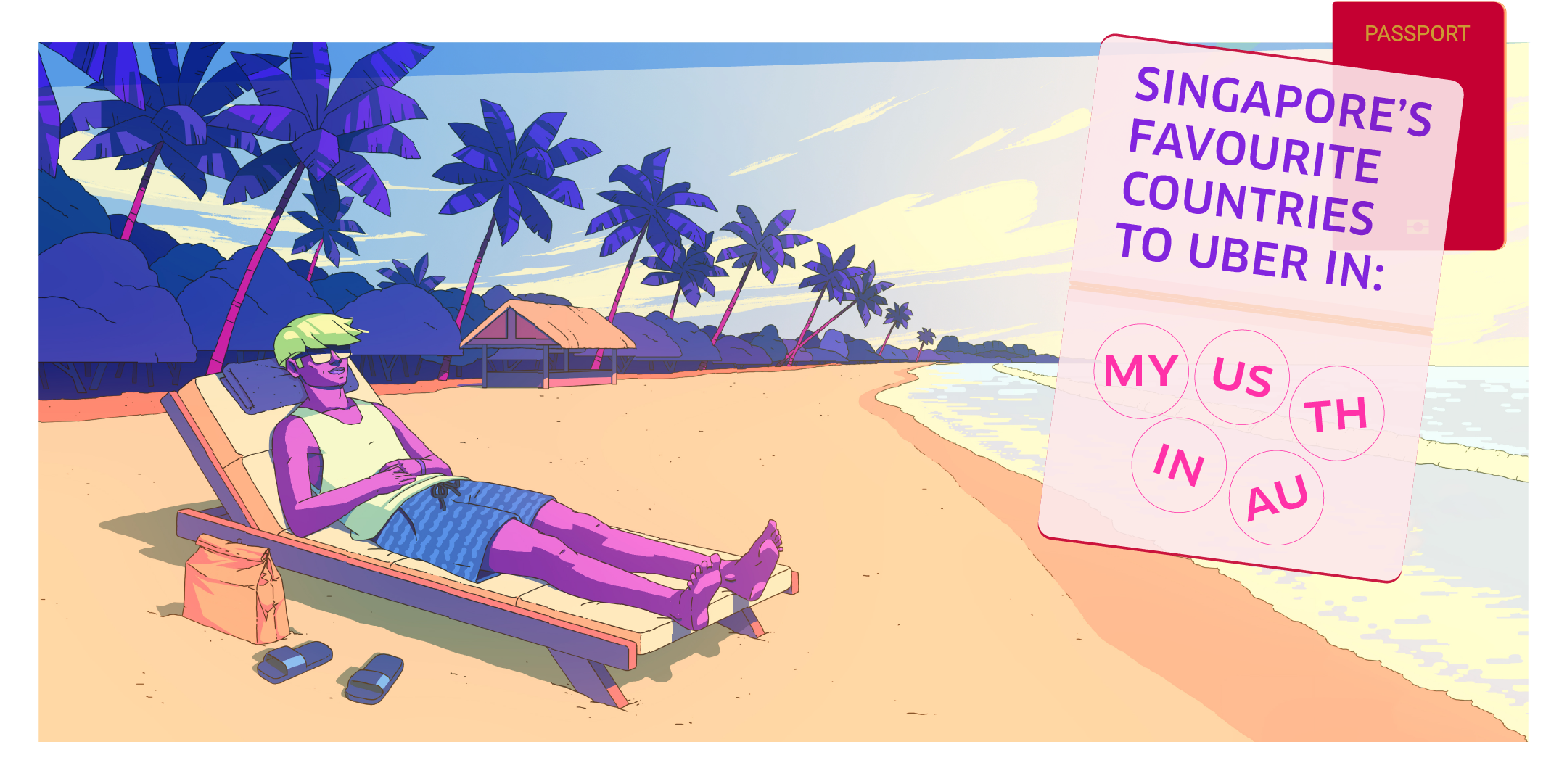 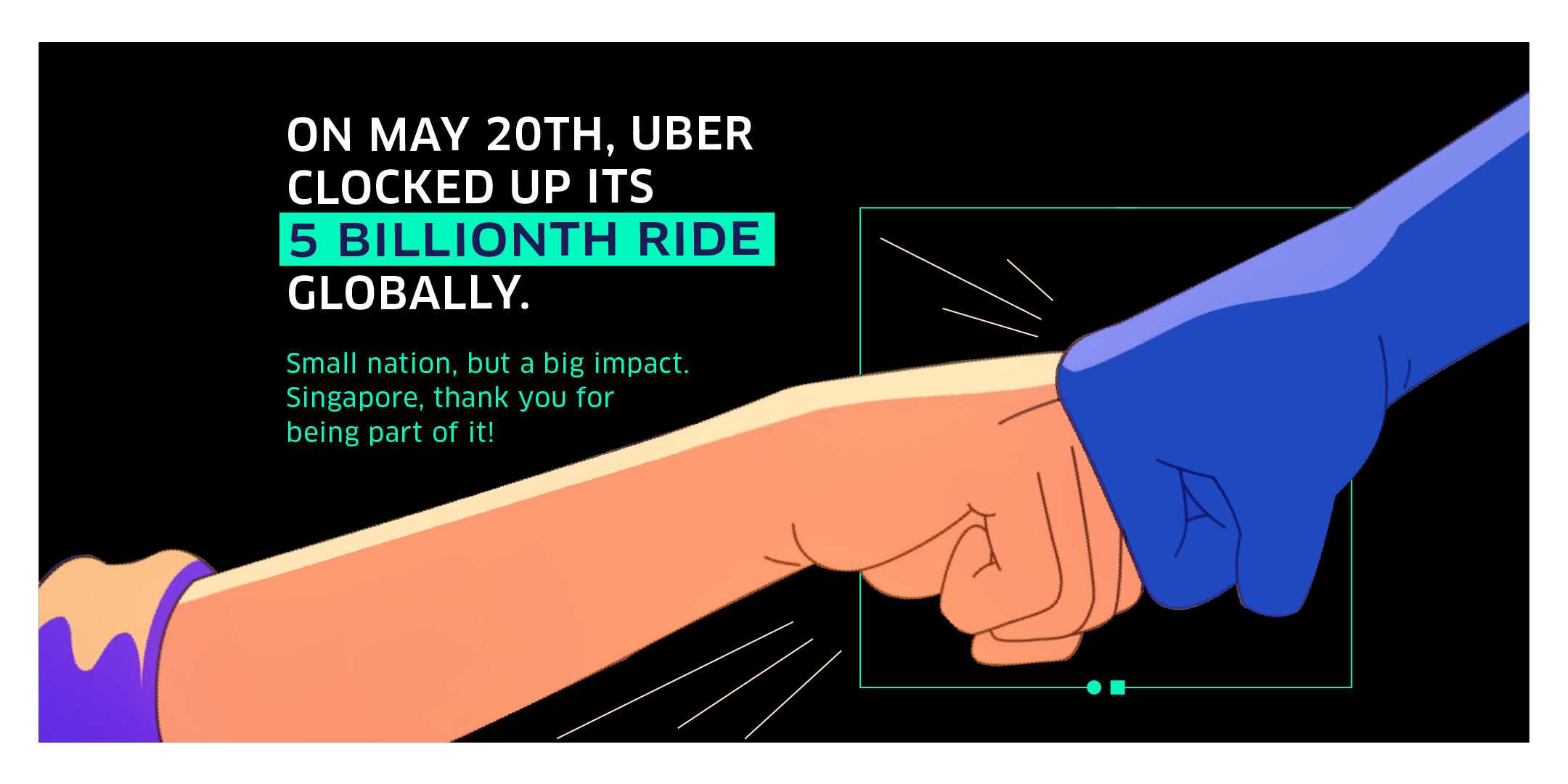 Singapore also celebrated being 1/156th of Uber’s five billionth ride globally in May. Adding to the backseat action, a baby named Sofwah came into the world in July, at least one of four babies born in Uber cars worldwide in 2017. She’s Uber’s youngest ever passenger in Singapore.

Want to know more about how you moved in 2017? Take a look back at your own #YearWithUber here.

Most popular date for Uber in 2017

Least popular date for Uber in 2017

Most popular date for Uber Eats orders in 2017

One Year of uberPOOL: Moving Singapore Forward in Less Cars