uberX just got even cheaper!

From Monday, 18 January 2016, uberX prices in KL will be dropped, making it even cheaper to get around KL.

This is good news for all KL-ites! This price drop brings further accessibility to those who need it, whether it’s a short trip around your neighbourhood in Mont Kiara to run some errands, dashing out for a meeting from work at KL Sentral, a quick get together with your colleagues over lunch in Publika or getting home safe after a night out in Changkat – we’re providing a safe, reliable and affordable way of moving around.

And there’s good news for Uber partners as well!

When prices are low, the demand for Uber rides increases! This means less time waiting around for the next rider, which translates to more trips overall –  and a growth in earnings for partners.

The New York experience perfectly illustrates that. After operating in the Big Apple for 4 years, we have collected the necessary data to compare prices and average partner driver earnings over a substantial period of time. 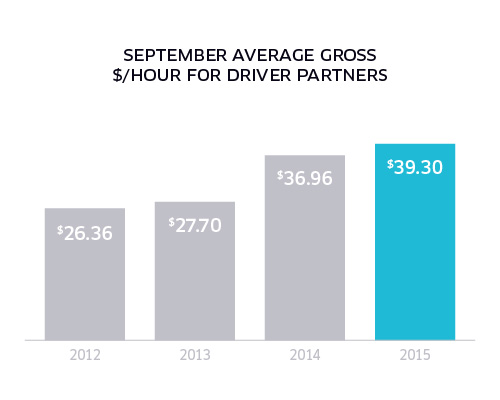 To understand this better, just look at what an hour’s work on the Uber platform looks like for a partner in New York from 2012 to 2015. There are 3 different states in which a driver can be in – either waiting, en route to a rider, or on a trip with a rider. Earnings increase when a partner spends more of his time on trip. 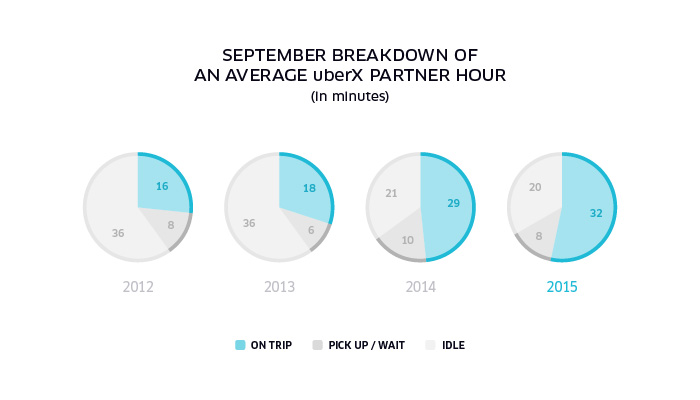 As this graph clearly shows, Uber partners now spend over half their time on trip in 2015, as compared to a quarter of an hour 2012. What is also significant is the proportion increasing year on year.

In other words, this means that partners now spend more time earning than waiting, and therefore fewer hours of work are required to achieve the same amount of earnings.

How is this phenomenon explained? Partners benefit from the increased number of riders using Uber across all hours. In addition, the increase in the number of partners on the Uber platform allows for significantly reduced wait times as the rider and driver are closer to one another, as shown by this graph: 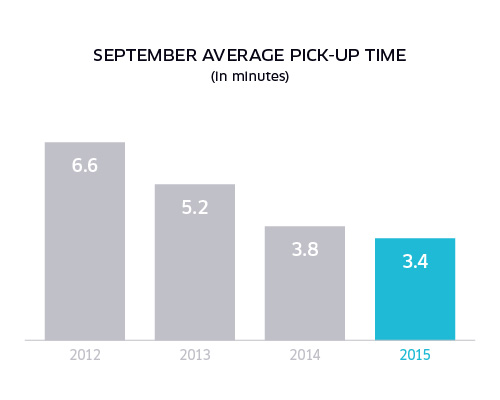 KL, you might have 99 problems but a ride ain’t one!

Kuantan, your Uber is arriving now!

Ringing in 2017 in Kuala Lumpur