One Million Ways to Move the City of Brotherly Love

This week, Uber provided its millionth uberX ride in Philadelphia, a milestone achieved in less than six months since launching our low-cost, ridesharing option. Since we first launched UberBLACK in Philly in May 2012, we’ve provided over ten thousand driver-partners with an unprecedented way to make a living or earn supplemental income on their own schedule. And all the while, we’ve connected over 400,000 Philly residents and visitors with an increasingly affordable way to move around the city.

As we hit this milestone, we wanted to see just what kind of local impact Uber has had in Philly, so we took a look at some data and crunched the numbers. What we found is that by providing access to safe and reliable transportation options to anyone, anytime, anywhere, Uber has helped make Philadelphia a safer, more economically vibrant, and more connected community.

Before Uber, the availability of reliable ground transportation outside of center city, the airport, and major rail stations was severely limited. With the introduction of uberX, the coverage area where residents can get an affordable ride in under 10 minutes now stretches across all five counties of the southeast Pennsylvania area. 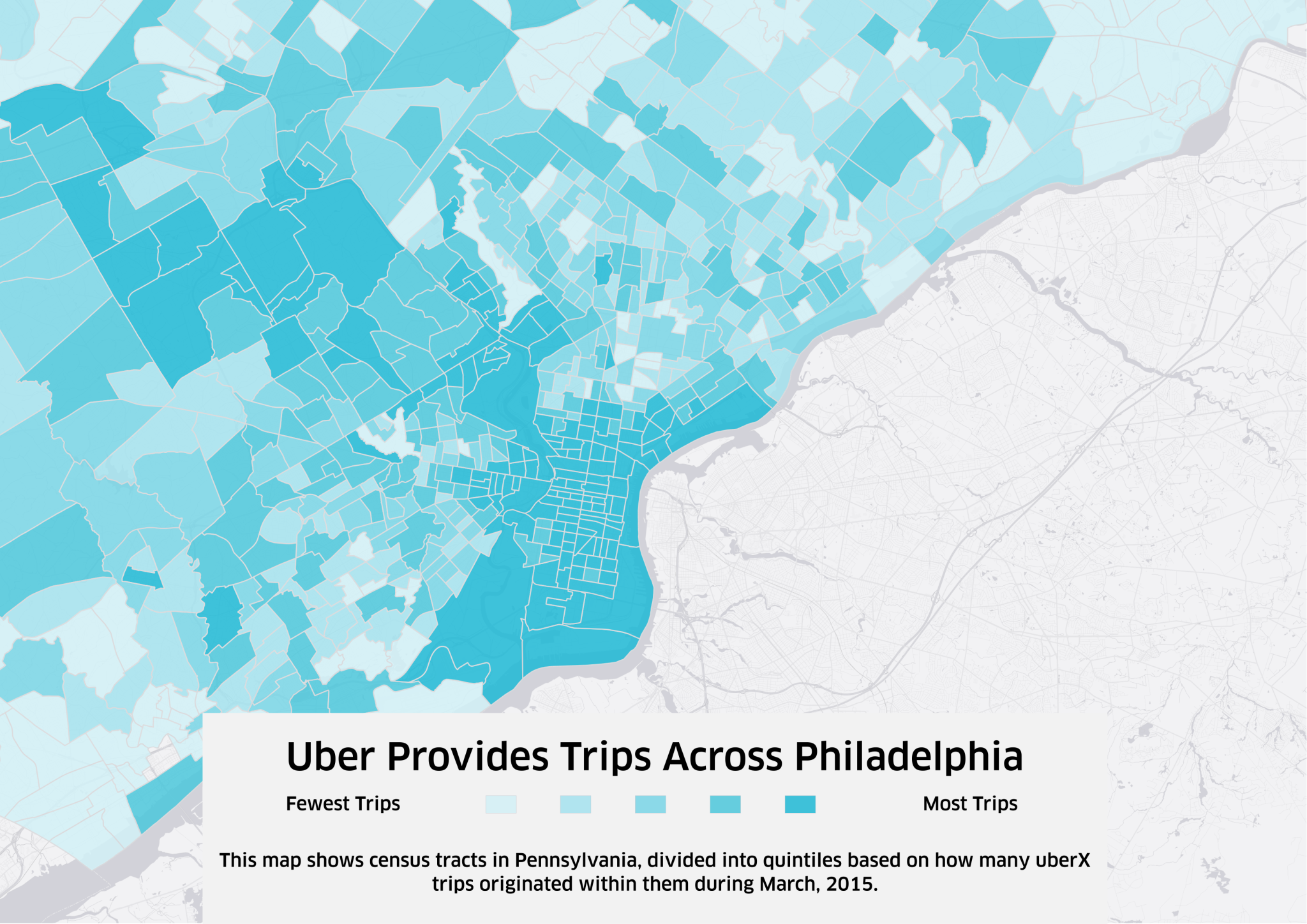 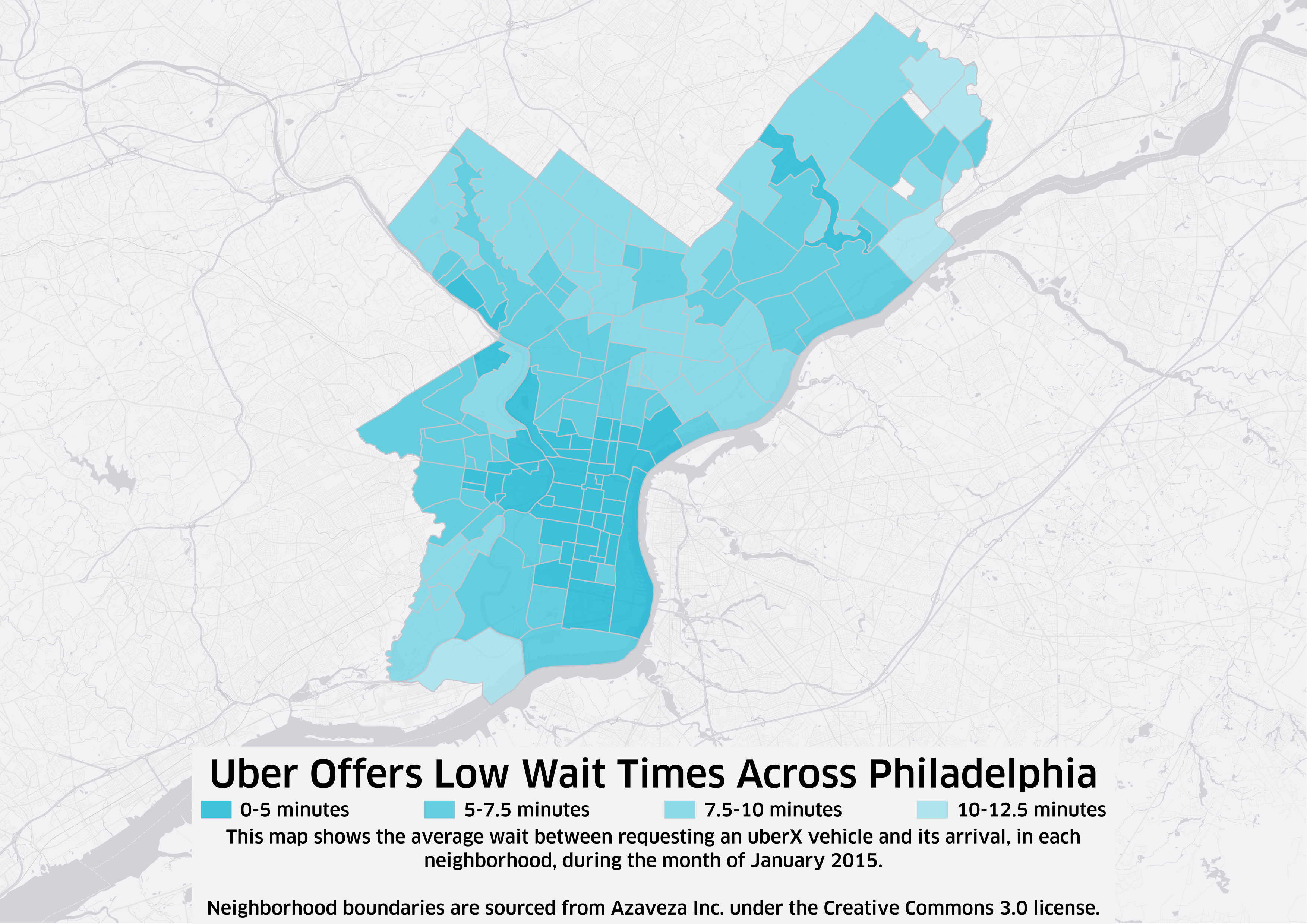 uberX has provided income opportunity to over 6,000 Philadelphians in the past six months, with over a thousand new drivers every month gaining access to the Uber platform. These driver-partners have made over $9 million since October and, as we see incredible growth on the platform, are expected to take home over $50 million by the end of 2015. This money is helping individuals and families make ends meet and achieve better financial security.

Encouragingly, we’ve not only provided economic opportunities throughout the region, but have created thousands of jobs for partners from the areas with the highest unemployment rates—more than one-third of partners come from zip codes with unemployment rates greater than 9%. 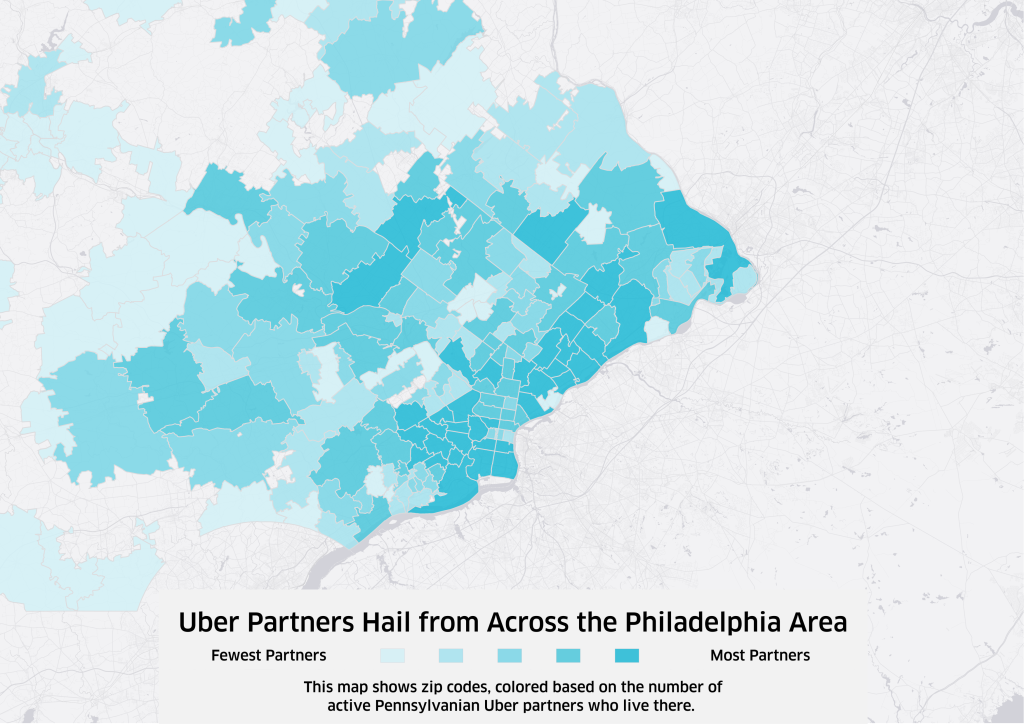 The economic benefits of Uber aren’t limited to just those who drive on our platform. When we looked at where trips start and end, we found that since uberX launched in Philadelphia, one-fifth of trips have either started or ended in one of the sixteen neighborhoods that are traditionally underserved by ground transportation. People who live in these neighborhoods can suddenly move around to work, school, entertainment, and even the doctor’s office in ways they previously couldn’t. 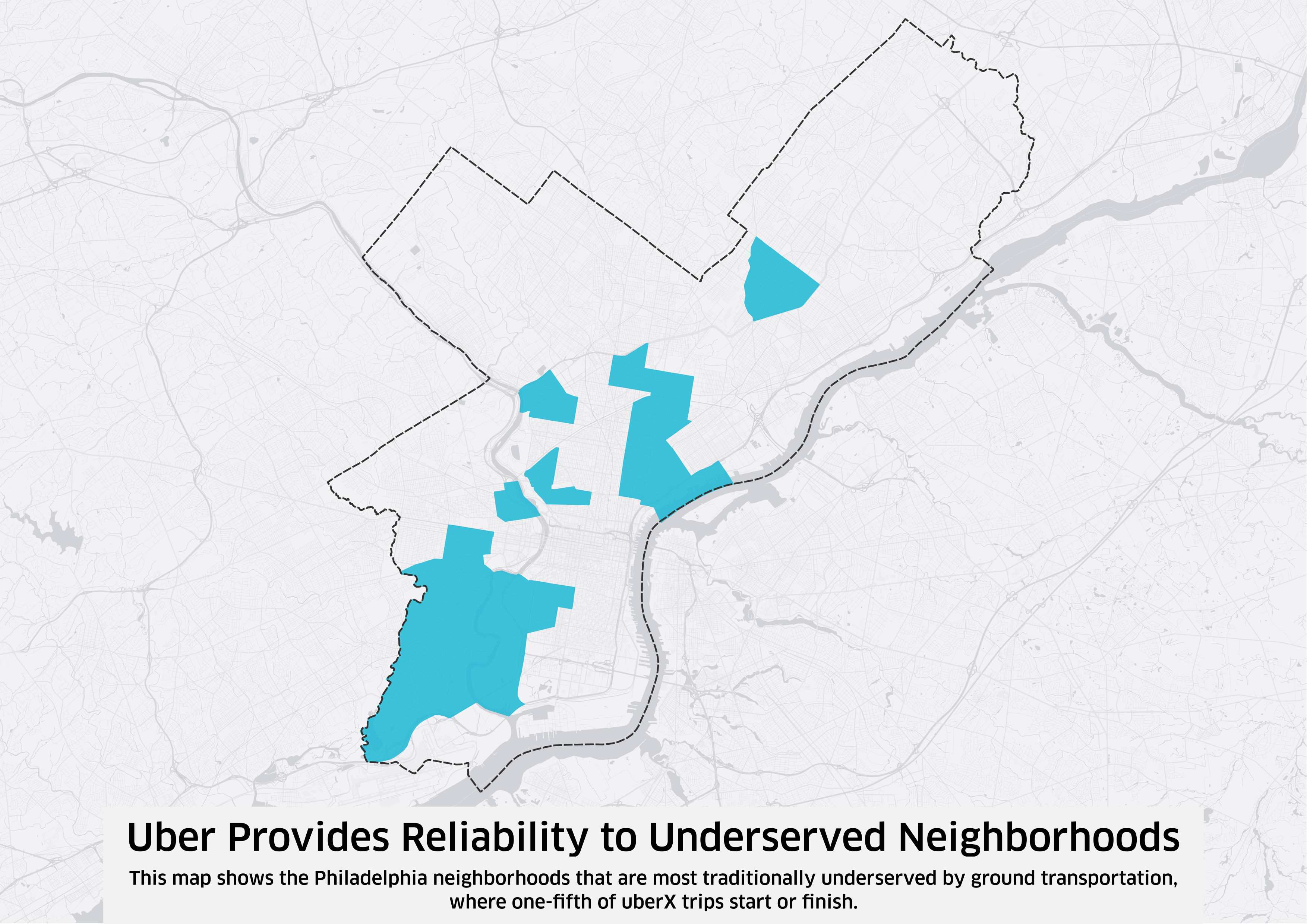 Philadelphians are using Uber more and more as an ideal alternative to drinking and driving. Looking at our data by time of day, we see that requests peak at the same time DUI fatalities are at their highest. In addition, between 11pm and 3am on weekends, over 53% of uberX trips originated in the areas of the city with the highest concentration of bars—Rittenhouse, University City, Midtown Village, Old City, Washington Square West, Fishtown or Northern Liberties—suggesting people are using Uber after a night on the town. 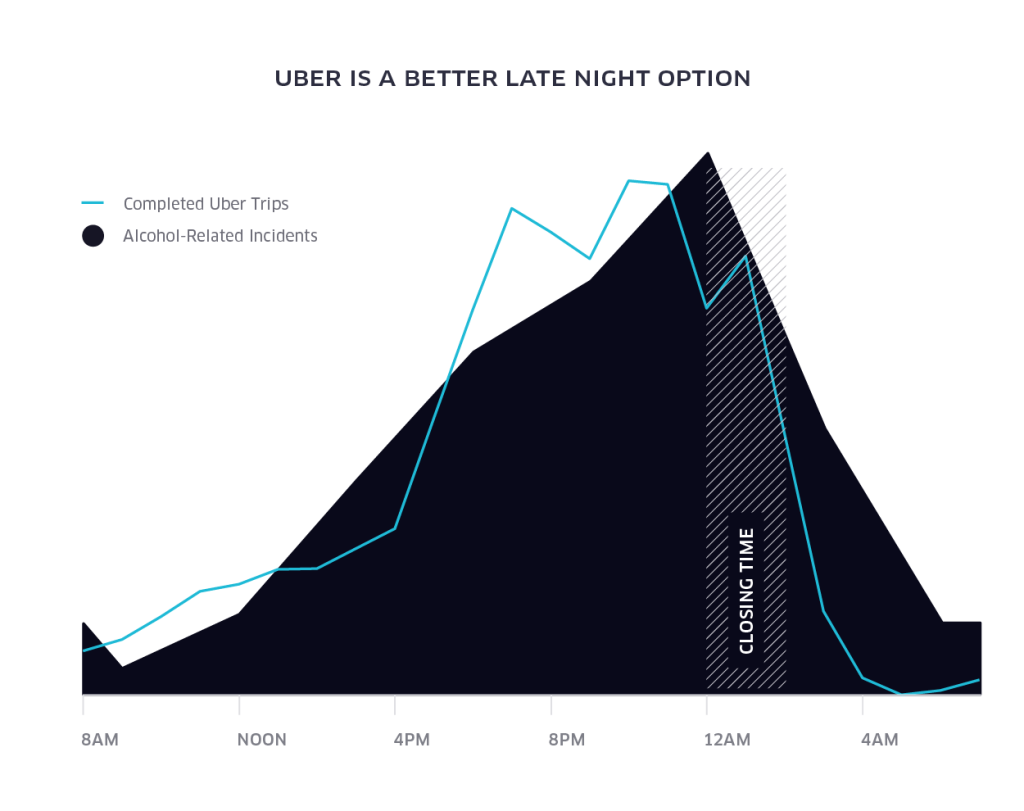 Riders’ growing adoption of Uber is clearly having a positive impact. According to the Pennsylvania State Police Uniform Crime Reporting System, from Uber’s launch in 2012 to the end of 2014, the number of annual DUI arrests in Philadelphia has decreased by 11.5%. While there are other factors contributing to this decline, access to reliable and affordable transportation when needed most can only support this drop.

Uber is proud to be a big, important, and growing part of the vibrant Philadelphia community. We’re thrilled to see the positive impact we’ve had over the past three years in the city, and especially excited about the impact more than 1 million clean, safe, and low-cost uberX rides has had in the past six months. We’re dedicated to improving the communities we serve and look forward to the impact we’ll continue to make as we march toward the next million trips.

The one thing your virtual events are missing

How to create an event your clients won’t forget