Last year, the City of Houston adopted ridesharing regulations that included duplicative background checks as well as expensive and time-consuming driver requirements. Every month, hundreds of prospective driver-partners complete Uber’s rigorous screening process and driver requirements only to drop out of the system when they learn about the City’s additional requirements. Uber estimates that these rules destroy jobs for more than 2,000 Houstonians every year.

Uber surveyed these drivers to determine why they were unable to complete the City’s permitting process and 67% said the process is too expensive, too time consuming, and too complex.

“As a student and part-time adjunct, I really do live paycheck to paycheck… When I found out about the money and demands for the TNC license, my dreams of starting to pay off student loans vanished. Uber was ideal for me because of the flexibility, but I can’t do it with the City’s rigorous demands.” 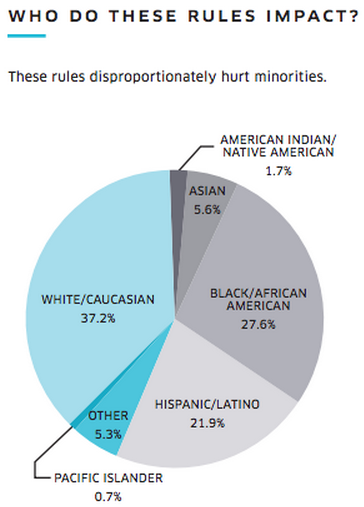 As states and cities across the nation learn the benefits of ridesharing, they have adopted regulations that embrace Uber’s efficient, reliable, and affordable way of moving people around a city.

Twenty-seven states and more than two dozen cities have implemented regulations in support of ridesharing.

In fact, a handful of cities have even repealed onerous ridesharing regulations to create more forward-thinking rules for the road.

Houston is an outlier with some of the most burdensome and expensive regulations in the nation. As a result, Houston is falling behind with fewer drivers and less access to flexible economic opportunities than any other major city in Texas. Fewer drivers on the road means getting a ride in Houston can be more expensive and less reliable than other places.

This impacts the entire city. In a recent survey, the majority of Houston riders said they rely on Uber to provide a safe ride when their plans involve alcohol. In fact, 83% said their friends are less likely to drink and drive since Uber entered the market. These responses support a recent report by ABC 13 that revealed DWIs are significantly dropping in Houston, making the streets a safer place for everyone: riders, pedestrians, and fellow drivers.

In the coming weeks, the Houston City Council has the opportunity to improve Houstonians’ access to economic opportunity and affordable rides. The same survey revealed that more than 97% of riders want the City to change the current regulations and adopt forward-thinking rules similar to other Texas cities.

Fifty-two percent of these riders plan to vote in the upcoming city-wide election. Of those who said they were not planning to vote or were undecided, 77% said they would turn out to vote for a candidate that supports changing the ridesharing rules.

Houstonians have made it clear: they want to enjoy the same ridesharing and economic benefits being afforded to folks across the state and nation. We urge the City Council to listen to the will of their constituents and join the growing number of jurisdictions that have embraced common sense regulations for ridesharing.

Uber Cash: plan ahead and get up to 5% off rides and food