There are places to go and fathers to celebrate this month—don’t forget that Father’s Day is on Sunday, June 18. We’ve got a few ideas on how to celebrate and recommendations on a handful of local events to check out.

June 1 – 29 | Kick off summer cheering on the Miami Marlins

The Miami Marlins are hosting All-Star week next month. Until then, catch the Marlins playing  the Arizona Diamondbacks, June 1—4.

Straight from Ireland, U2 will be hitting the stage at Hard Rock Stadium on Sunday, June 11 at 7pm.

If you’re planning to sing along at the concert, save time by requesting an Uber to the stadium. As the exclusive rideshare partner of the Hard Rock Stadium, there’s an exclusive Uber Zone. After the concert, use the northeast exit and walk east to Lot 14, the Uber Zone. Once there, you’ll be able to locate your ride.

Whether you’ve been a fan since the 90s or a recent aficionado, you can catch the WWE (World Wrestling Entertainment) summer tour at BB&T Center this month.

Don’t forget – Uber is the preferred, on-demand transportation provider of the BB&T Center. With a de 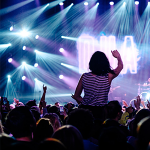 signated Uber zone at the entrance of gate six, requesting a ride to the show means convenient transportation, door-to-door.

American Airlines Arena will come alive as Chicago’s superstar, Chance the Rapper, hits the stage on Tuesday, 13th. The show kicks off at 8pm. 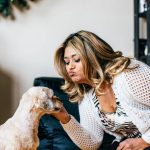 If you’re a pup lover, you should know that ‘Take Your Dog to Work Day’ is June 23! If you’re not a dog person, you might want to work from home this day.

Fun Fact: On June 12, 1913, the first ever bridge over Biscayne Bay opened. ‘Collins Bridge’ was the longest wooden bridge in the country and its opening marked the creation of Miami Beach as we know it today.

Posted by Cristen B

Riding at the 2019 THE PLAYERS Championship

10 family-friendly events, concerts, and activities in Miami this August

Get around your city for less